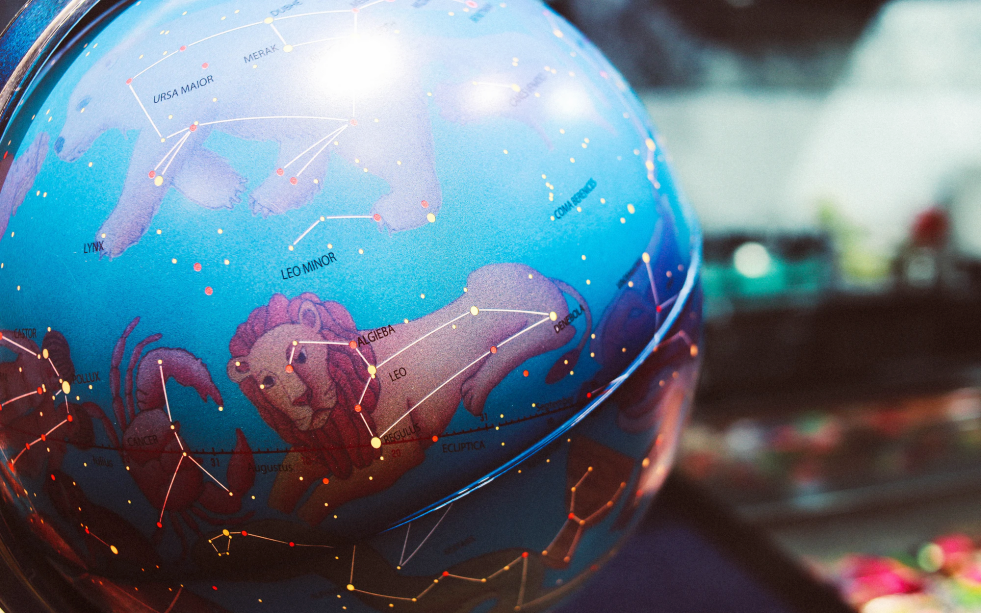 It’s the mid-late 2010s and I’m in my teens. Exams are over, and a few weeks of summer are upon us. My current obsessions include Gossip Girl, Pretty Little Liars and making graphics for my website. In the evenings, it’s became habitual for me to and to log on to Ocean Up every few days to read up the latest on drama surrounding my favourite Disney Channel stars, whilst wistfully thinking about a world where I can be a Disney Channel star, too. As mechanical as it has become for me to browse Ocean Up, I’ve also gotten really into all things star signs and horoscopes. Sundays mean it’s time for me to read up on what would be in store for Pisces next week, a star sign I feel truly and absolutely hits the nail on the head when it comes to defining me.

As I got older, I started to spend less and less time reading up on my horoscopes for the weeks/months and years ahead. For one – my horoscopes were rarely ever accurate. Also, over time, I started to feel more self assured that I could be purposeful in taking steps to get to where I wanted vs. waiting for a horoscope to tell me what I wanted to hear. I’d reconnect with my interest in star signs every now and again though – when I met my boyfriend, it wasn’t long before I looked up how compatible a Pisces woman and Gemini man are in a relationship. And if the topic of star signs ever came up in any conversation, I’d proudly express how I felt that I related to my star sign albeit not looking it up for several years. I even titled my birthday post on Instagram this year “Pisces season”.

I thought today that I’d revisit my star sign, several years later, and see how accurate I think it is now…

Do I think star signs are “right”? I mean, I don’t think there’s a scientific reason out there why a star sign should align so well with everyone born over a certain set of days, so I guess you could say no (I’m a pretty “factual” gal). However – what I can say is that when it comes to the people I know the best, namely my direct family and my boyfriend, the star signs tend to hit many key points when it comes to reading them as people.

Here are a few excerpts from Astrology.com:

“Reality is not always her favorite place to inhabit, and often dealing with day-to-day schedules and hard and fast rules will confound her.”

Accuracy? At times
I would say this applied more to a younger me than me as I am now. When I was younger, I never really wanted to face reality – that reality being the reason why we spend all this time in school, fighting to get these good grades. I was good at living in the now of putting my head down and pulling out good grades, but seriously thinking about my future (the future that didn’t involved me being in the next instalment of High School Musical) made me shudder and required a push from my parents. I remember even being invited to my first networking event in Year 13 after I had gotten my A Level results, and feeling so horrified about the whole idea. As I’ve gotten older, I think I’ve come more to terms with the reality of the world we live in and become better at not being afraid to look ahead and even plan ahead. I’m also a lot better as appreciating the bigger picture, and sometimes just acknowledging why things may be the way that we are. Taking this approach helps me to rationalise my always over-thinking brain. On the last part – day/day schedules and hard and fast rules certainly don’t confound me – I probably set them myself.

“This water sign is much more likely to pour out everything she has in her heart for someone else before taking much time or care for herself.”

Accuracy? Fair
I wrote a post about this the other day – but I have definitely always been a people pleaser, all in the name of not wanting any troubles or drama. I would at times rather do something that is more beneficial to someone other than myself, so long as it meant that I didn’t have to deal with any unwarranted issues in the aftermath, and I would never feel as though I was doing myself a disservice by acting this way. These days, I’m trying to live more for myself and do things that make me happy rather than things that keep others satisfied and likely hinder me in the process – we only live once and everybody else is or has lived for themselves, so why shouldn’t I? Also, sometimes dramas are unavoidable. I’d like to think I am an unproblematic person that tries to stay out of trouble, but I still find myself dragged into dramas even if I was indeed just trying to mind-my-bidness.

“Pisces always fights for the underdogs, and is known for her soft-hearted ways. She is deeply sentimental and often moved to tears by sad movies and even sappy dog food commercials.”

Accuracy? High
I am a pretty emotional person, but I’m also able to hide this side from people aside from those that really know me best. I cry all the time, and it’s not always because I’m sad… sometimes I cry because I’m so happy, or really proud about something. Other people crying makes me cry (I cried once at Big Brother because Charlotte from Geordie Shore was crying for “not having any talent” – that was a new low). When I’m watching a movie or TV show alone, I cry often – if something sad has happened, or even if just something cute has happened (Ross and Rachel’s relationship in Friends made me well up a few times). I guess you could say I am certainly not out of touch with my emotions. But, I do keep it to myself. I won’t be balling in the cinema when others are around, but if it’s just me, snuggled up watching a late night movie in bed, or just lost in my own thoughts after something has happened to me, then the waterworks will flow.

“When in a relationship, Pisces women are notorious for becoming consumed with other people’s problems, and will often get involved with partners who have many psychological or emotional issues.”

Accuracy? Low
I’ve been in a relationship for a long time now, but when I was once upon a time picturing my future partner, I was not on the look out for someone who I felt would require a lot of emotional support from the get go. Whereas I know some people seek this as they desire to provide the support, help or even “fix” someone. I was probably more looking for a relationship that was, whilst being a good relationship, also one that was fairly straight forward with little baggage for us to have to bring onboard as we started our journey together. Of course, relationships will require emotional support – nothing will be blue skies and rainbows consistently and forever. However, it’s very different once you’re in a relationship and have a partner, vs. when you’re searching for one.

“Sticking to a set schedule can be tough for these ephemeral creatures, and they don’t do well in boring corporate environments. Deadlines can prove deadly for many a Pisces – they frequently overcommit themselves, or agree to do way more than they can possibly manage, because saying no is often extremely difficult for this watery sign.”

Accuracy? Very low
The opposite has actual transpired in my life so far – I work in a corporate environment, and actually I think I’ve been able to thrive in the environment. At the same time, I do think there’s a creative side to me, hence all of the ventures I’ve taken up online over the years.

One thing about me is that I am a very structured person – I set to do lists, I plan to a T, and I’m good at putting my head down and getting things done. I do take on a lot, and tend to have my hands dipped into different projects/”side hustles”, but I’m also able to reason my way out of things that I don’t believe are worth my time (which I wasn’t always able to do).

Verdict…
Whilst I don’t treat my star sign as a personality trait (as I did when I was a teenager), and whilst I definitely do not read horoscopes – I still do think my star sign tends to be fairly accurate on a few points. It hits the nail on the head in that I am, deep down, an emotional person. But I am probably not as wistful as I once way back when. I’m a lot more of a realist these days, and I spend a lot of time trying to get things done/do things that I hope myself and my family can one day reap the rewards of, rather than dreaming too much about where I want to be one day but maybe not taking the necessary steps. However, on the latter point, I think that’s what a few years of a experience as an adult in the real world does to you!