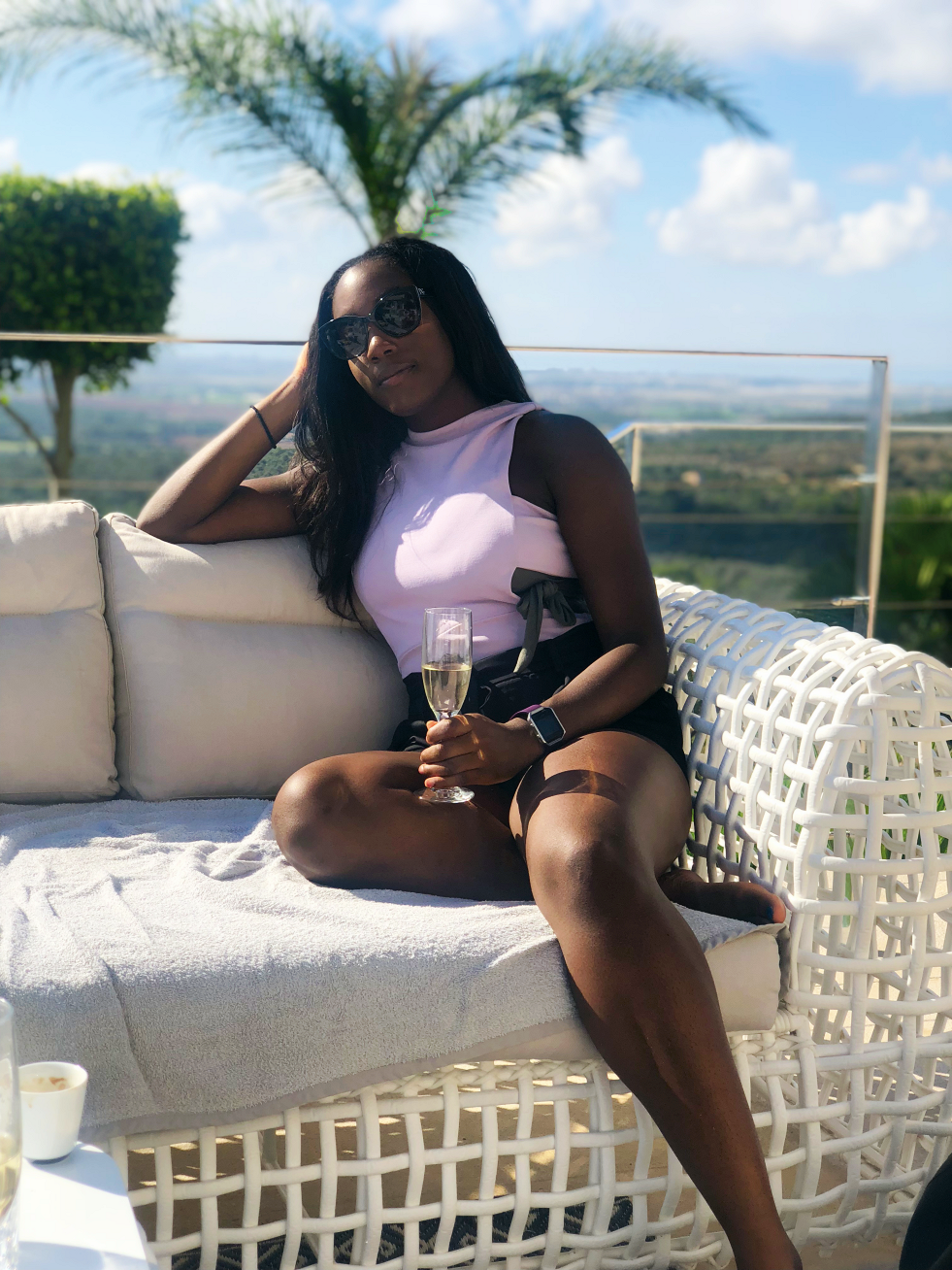 One December day I was having a “what I eat in a day” YouTube binge. I started to realise that a lot of my favourite fitness YouTubers were cutting either meat, fish, or all animal products out of their diets.

I’ve been sort of looking at the rise in vegetarianism or more so veganism out of the side of my eye for a year or so – I’ve been finding out a bit more about the ethics, the environmental and health arguments regarding both (mainly veganism) and opening my eyes up to the world of agriculture that most of us detach from our thoughts when eating our meals (unless you’re genuinely not aware of the standards which many people aren’t). Whilst I have yet to watch any of the major documentaries, I decided on that December day that January would be a better time than ever to try out a vegetarian diet. It’s sort of like Veganuary, but for beginners.

That’s the why – I was mostly spurred on for health reasons as well as curiosity and wanting to challenge myself to something I never would have even considered just a few years back. Yep – I am a chronic meat lover, I eat meat or fish in ALL my meals (aside from cereal… heh) and I really could never fathom how one could live without either of these things in their lives. Anyways, this is how January went…

I told only two people I was going to go veggie in January before January (I think I might have briefly mentioned it in a blog post here too). I totally psyched myself up for it but then I woke up on January 1st and felt like I had done something terribly wrong. Checking my phone I saw I had 5 long weeks ahead of me and I truly wondered how I would survive. The first day was somewhat of a breeze, I substituted some meats for egg, or just kept meat out of my meals all together and increased my carbs instead. This is generally how I did things over the course of the month as well as introducing meat supplements which you’ll see later once I share a few of meals I ate. At the end of day 2 (now back at work), I actually felt really down. I wasn’t even sure what to eat (my dinners were such a confused, unsatisfying mess at first), and I felt like I was putting myself through unnecessarily hard times. I told Levi I was ready to quit (on January 2nd… yep), and he actually told me to keep at it (with some BBQ ribs in his mouth no doubt). It was really tough for the first maybe ~1.5 ish weeks or so, but after that I think I really got into my groove and got used to it (although there were still some obstacles – which I go into later).

Easier to eat healthily
I eat pretty healthy (I’m no angel, but I’m aiight), but it was a lot easier to keep on path on a “healthy” diet when I wasn’t eating meat. For example, one day at work, we were given a free breakfast which meant a platter of bacon and sausage baps. On a usual day, I would totally snap these up, but this time I opted for some scrambled egg, toast, mushrooms and tomatoes. Hey – it wouldn’t have been my first choice but it tasted good and I didn’t have the oil and heaviness of fat-filled pork sausages/bacon weighing me down for the day. It was then I realised that the choice of being “healthy” was suddenly much easier. The amounts of fats I ate in general lowered when I was on a veggie diet which is a definitely pro and I was also eating more fibre (although my diet is generally quite high in fibre anyway as I eat a lot of wholemeal foods). In terms of the numbers – I lost almost 1kg on the veggie diet for one month and even more importantly, dropped my body fat percentage a little bit as well.

Doing good for the environment
As most of us know, the production of meat is one of the biggest threats to the environment at the moment. Did you know… if 10 million people in the world swapped out one of their meat-based meals for plant-based protein for just one day, it would reduce CO2 emissions enough to drive around the world 2,438 times. That’s a… whole lot of times. I am by no means AT ALL perfect, but I have been trying to make just a few swaps recently to reduce my environmental footprint such as buying a reusable thermo bottle, reducing my meat consumption and wasting less food.

Faster cooking
I rarely anticipate when I’m going to be hungry and tend to put a pot to the cooker when I’m already on the edge – meat takes a while to cook if you don’t want to get salmonella, but as you’d imagine plant based meals could be done and dusted within 15 minutes on a good day which was a nice little surprise I hadn’t factored in.

The social stigma
Whilst I only told 2 people at first that I was going veggie in January, obviously I told more people over time. It was never really met “positively”, once it was met with “oh god… don’t tell me you’re doing that whole vegan thing…” most of the time it was sort of met with a confused “damn… err… ok.” sort of reaction. I felt a bit weird at times to be honest but obviously pursued with it. There was also the feeling of not wanting to feel like some sort of charity case when it came to group food choices, and not wanted to feel like I had to be catered to because I probably wasn’t up for eating what most other people wanted to eat. I’d say this was probably one of the toughest things to get past but I stuck to my guns anyways.

Undereating
I tracked my calories throughout the month because I knew I wanted to give a nice, good and in depth review when it came to writing up how it went over here. I must say, when I first started in January, I found it really difficult to eat a decent amount of calories. Meat tends to add a ton of calories to your meals so without it, in the beginning, I was probably only just touching 1.1-1.3k calories even when I felt like I was eating a lot which isn’t great for health purposes anyway. Because I was often unsatisfied with my meals (at first), I would make myself feel better with a sugary drink which sort of kicked off a minor addiction to sugar in early Jan whereas in my regular day-to-day life I very rarely include sugary drinks in my diet. Over time, I managed to pick my calories up a bit and actually started to enjoy mealtimes a lot more when I came up with a more staple set of meals (which, ironically, involved a lot of fake meat supplements).

Optionality
I’ve never been a vegetarian which means that – of course – I’ve rarely even noticed any “vegetarian options” when I’m in supermarkets. Obviously in January, this is a section I became very acquainted with. And indeed, it was usually just that, a tiny section in a supermarket that probably needed a very sharp eye to even spot half of the time. That said, with more and more people chopping animal products out of their diets, I’m sure this is something that has improved over time and is probably still en route to further improvements. For all the veggies out there – Marks & Spencer has a whole “plant kitchen” range which is a delicious and has a lot more optionality that your regular supermarket.

A few of my favourite meals 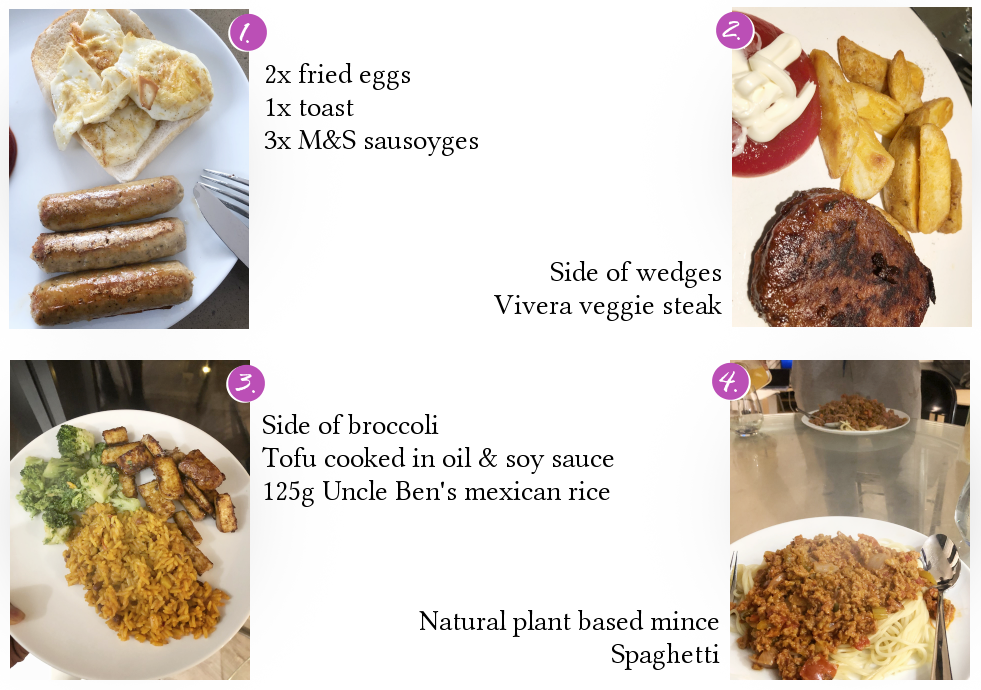 January is over, which means my little veggie challenge is also over. Overall I’d say that I found it really hard. When I was just going about my day to day life (during the work week), it wasn’t so terrible as I tend to fall into a very predictable routine; but it was mostly instances where I wasn’t on my usual day to day schedule or for example with friends and family that it would become extremely difficult. I never intended stay a vegetarian for forever after this challenge – but I did want to use it as a means to kickstart a reduction in my meat consumption and that’s exactly what I’m going to do going forward. What I’ve learned is – it’s not that deep to add meat to every meal. Actually, it’s not by force as all which is why I feel quite confident in knowing going forward that I can definitely reduce my meat consumption which is healthier for me (and the planet ;)). I’ve grown to appreciate some good tofu or some good fake meat made from some soya so I will definitely keep these in my diet going forward – and coming from someone who was traditionally absolutely obsessed with meat… this is a result.

A Week in the Life - Here's What I Actually Do

Leave a Reply to Missy May Cancel reply