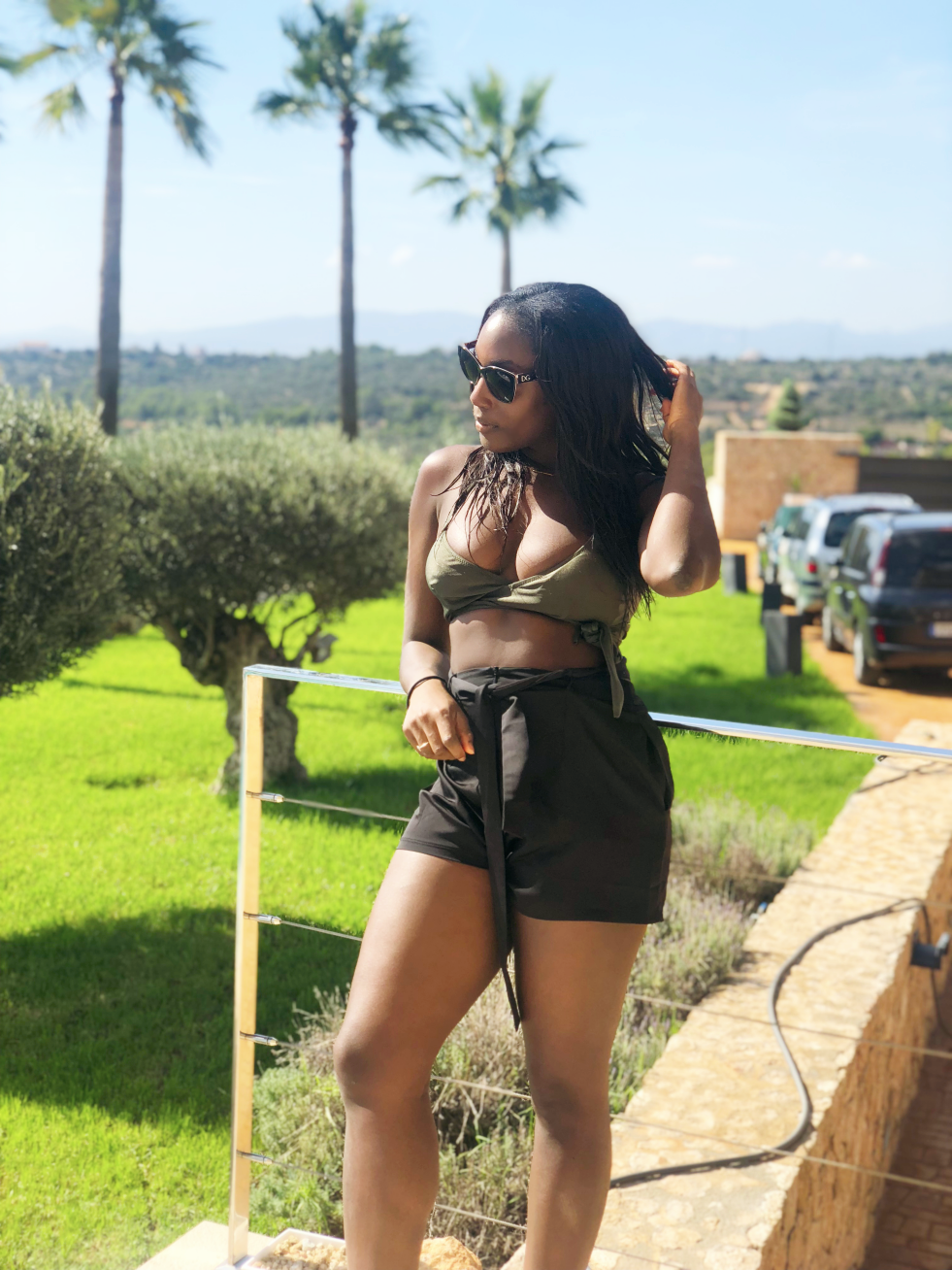 ‘Sup folkss! I’m… back? It’s so rare of me to disappear for (almost) three weeks; blogging to me is like therapy – this, the gym and Levi are the three key elements I need to getting my head in the right space so to go over two weeks without one of these ingredients to the ultimate formula of not going insane was definitely not planned. But – life happens. And you know what? Sometimes a break is a good thing.

One reason I haven’t updating is just that I’ve been busy – a sort of disorganised busy. I’ve been working long hours, up and down, at events, back at home, and abroad – barely at my flat and barely with time to open up my laptop and do what I do best / what I really love to do. In addition to this – and probably the biggest influencing factor – your girl ran out of content. You guys know that as narcissistic as it does seem (I wonder myself sometimes…), I actually do use photos (of myself usually) as imagery for my blog posts, they’re also good for anyone who’s into fashion or photography; however, given I work full time I only have the weekend to shoot these photos, and given that it has rained for the past two weekends, I haven’t been able to get an new images. And, to wrap it all off, I just haven’t really had much to say. I stew over my planned blog posts for a while – given everything is public and I don’t want to offend someone (or get myself into trouble), and also given sometimes I just need to “find” the right words to articulate myself, and this has really been lacking over the past few weeks. In the end – I kind of took it all in my stride and decided to use the “down time” as a much needed break.

Given all of this, I thought I would do a little life update post! Granted, it will definitely not be as exciting as my last one. My last one was maybe my best one in terms of achievements – from being featured on the BBC website, becoming a homeowner and more. This post will instead be a very casual update on how life has been of late.

I’ve been travelling a whole lot

What’s ironic is that last year – I felt like I needed to be abroad all of the time. Why? Well one reason was because I was suddenly earning a monthly wage, I kissed goodbye to the student overdraft struggles and decided it was time to treat myself. Another reason was because – well – that seemed to be what social media suggests you have to do to live a truly fulfilled life (I’ve written a couple of posts about how I eventually broke free from the pressures of social media, and trying to prove myself). Anyhow – although I got to go to quite a few countries, my year-in-travel sort of fell short of expectations but I realised I didn’t really mind because i) I saved much more because of it and ii) I stopped caring about proving myself and living my life by the rules of social media. Funnily enough, with this new philosophy in mind, my year-in-travel this year so far has totally outlived my expectations. I’ve been out of the country a total of 10 times this year – and given it’s October, that means I’ve been out of the country at least once a month which is more than I ever have before. Some of these trips have been work trips (I’ve been to Stochkolm a few times and also Munich on account of work), but a lot of these trips have been super last minute, “f*ck it!” weekend breaks (and of course – the yearly summer “baecation”. Most recently I went on what I’d class as my second favourite trip of the year (Greece stays in the lead!) A friend at work suggested a bunch of us booked out a huge villa in Majorca and just spend a weekend chilling and partying… so… we did! With seemingly unlimited champagne bottles, I’ve just returned from a weekend in a truly luxurious villa that made me truly grateful and appreciative for life.

I’ve been finding it harder to get organised

A few weeks ago, Levi moved into a new flat – and typically when you move into a new flat is sort of takes a few nips and tucks to get your life back into a smooth and working order, but somehow, even though I wasn’t the one that moved, from this point my life has become strangely disorganised. I’ve struggled to find time on the weekend to work on all the online / outside “work work” stuff I have going on, I’ve been back and forth between my flat, to Levi’s flat, to home with my family, to outside the country, and because of this my blog has had to take a back seat – I just haven’t had the time. As I said above, to top it all off, I ran out of content and actually ran out of anything to say. I’ve had a “forced” break from blogging and actually – it has felt kind of alright. Previously I would be scared to take any breaks from my blog, for fear that people would decide they no longer cared and run away, but sometimes a break is what we all need. Also, and all in all, I feel as though I’ve been writing a lot better pieces this year vs. last year – for sure, the focus has been on quality vs. quantity which means that even though I’ve been MIA, I’ve still be receiving feedback and reads on older posts which means that everything didn’t run away as I’d once suspected (yay). Anyhow – I really hope to get back on schedule ASAP! Blogging is what I love to do and I also (strangely), love being organised and having my life in order – so I can’t wait to get back to this place too. I wrote a blog on how to utilise weekends effectively – now it’s time to get back following it.

My health & fitness schedule has been neither here nor there

I’m still training regularly – but my mind set around my training has clearly changed from earlier on this year. There’s definitely a shift that happened after I hit the 1 year mark of working out regularly where I stopped being so hard on myself – honestly, up until this summer if I even missed one day at the gym (out of the 5x days I usually plan a week) I’d be seriously tough on myself. Even if I worked late at work – I would literally go to the gym at 11pm just to make sure I could tick it off my 5x list and honestly, that sh*t was exhausting. I say this often – but when it comes this training/staying fit what’s important is that you make lifestyle changes – and if it has been ingrained into you and your lifestyle, then if you miss a few days or even a few weeks, it’s really okay. Last week I trained for 3x days before flying to Sweden and then Majorca – but take me back 6 months and I would’ve brought my resistance bands and gym clothes on holidays with me to secretly fit in a home workout and make myself feel better. This week I had a crazy working week so I had to reschedule my (favourite) glute day – again, skip back 6 months, and I would have gone to the gym even though it was late and I was dying on exhaustion. In addition to the above… my workouts have become more blase, blase – in the sense that I just kind of do what I feel like. Earlier on in the year I had a strict schedule and at one point I was even going by a guide, but now I just decide prior to the gym how I want to train and I do just that. I’m flexible, learning, and trying out new workouts – at least for now! Eventually I want to go back to being slightly stricter – but not sure how or when. I’m also considering getting a nutritionist!

Have a great weekend everyone and I can’t wait to barrage you again with more content and good sh*t. &#x2661

Life After Uni: 6 Months On…