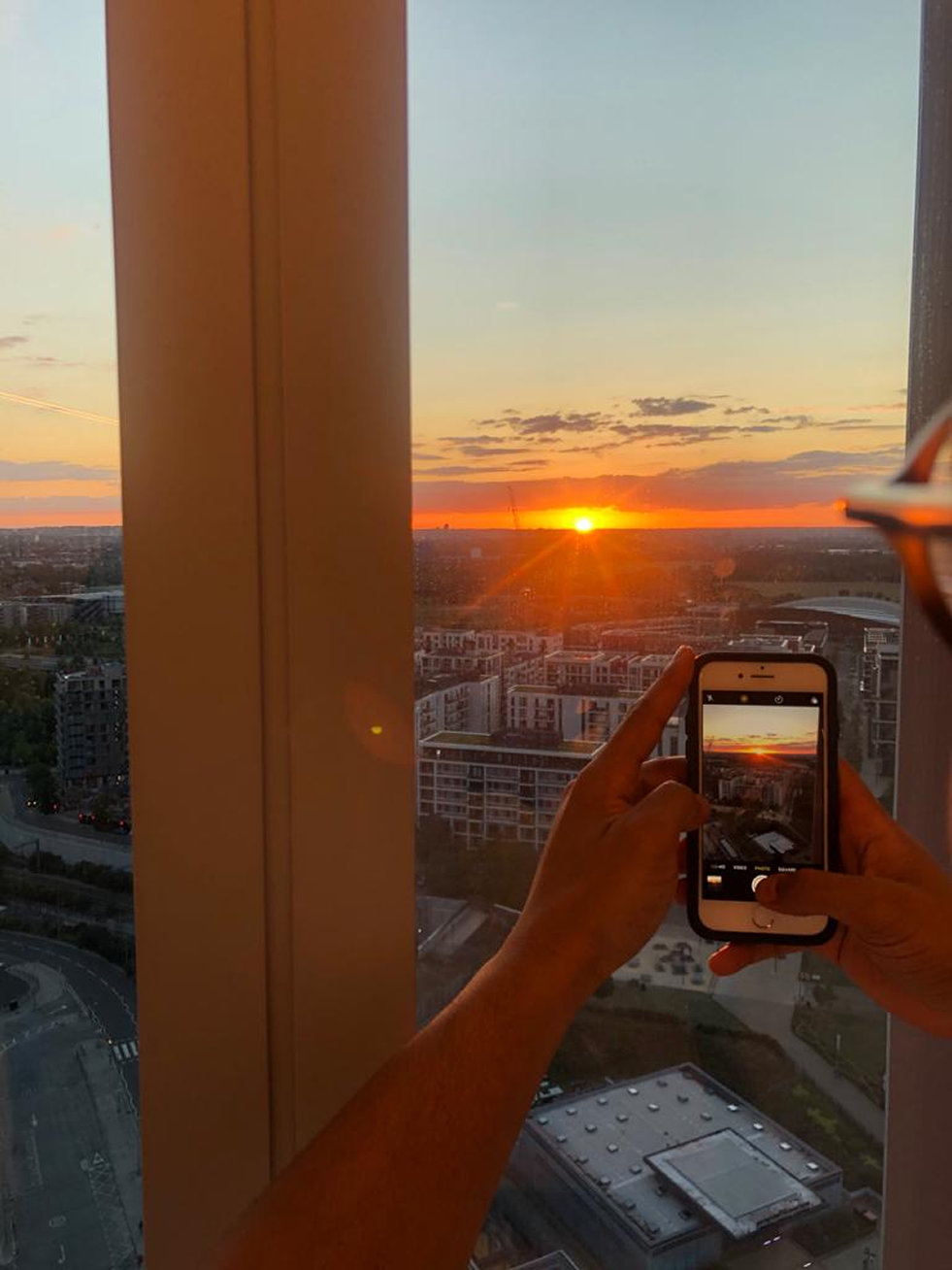 In summer 2015, I met a girl – now friend – during an internship at the bank I now work. We both went on to get full time grad job offers after the 10 weeks that we spent there. Similarly to me, her family home was a little on the outskirts of London, far enough out that travelling to and from work daily (especially whilst doing long hours which Investment Banking inevitably is), was due to be very inconvenient. My third year uni flatmate and good friend was going to be taking a gap year after we graduated and then moving in with her sister, so when weighing up my living options, I remembered the friend from my internship and our similar living situations and asked her if she’d be interested in moving in together. We solidified our new flatmate-ship with a trip to Miami later that summer.

Yesterday, I left my keys behind and officially said goodbye to my room, home and flatmate of 4 years…

Honestly guys – it was emotional! I’ve lived in a few places since I first left home and went to uni, but as uni goes, these were typically 1 year stints. This place however has been my home from my early to mid 20s (excuse me whilst I barf at the idea of being in my mid 20s now, please); and as grown as I thought I was that first day I moved in back in the summer of 2016 – I can assure you I’m a lot more “grown” now.

Those 4 years were formative to say the least.

The biggest change in my life since I moved into that place was of course the transition from studying into full-time work. I remember being absolutely terrified to start work, especially given how lazy I could be at times during uni (could I even make it to 9am lecture, please?) But I can assure you… work has actually been tougher than I even imagined… yep. However, in terms of personal development, it’s been pretty good.

Working in an intense environment, you’re automatically forced into picking up tons of skills which – whilst being helpful for your job – are also just great life skills. Be it, becoming more of a people person and learning how to get along with people from all walks of life, forcing yourself to do things that terrify you and pushing yourself way out of your conform zone, becoming incredibly organised and reaching ninja levels of sheer productivity. These are all skills I’ve mostly picked up at work. I am a much more confident person than I was when I started, I’m better when its comes to understanding and getting along with people from all different walks of life than me, and (especially when I want to be), I am genuinely pretty organised and productive. People ask me how work an intense job, run this blog, run my fitness page, go to the gym regularly, still see friends and family and work on other side hustles at the same time (or at least put in a good attempt to at times, ha) – but a lot of being able to compartmentalise different aspects of my life and just get on with what I need to do honestly has come from these past few years at my job where being able to do so is the only way to survive succeed.

There have been some great achievements since I’ve been living in that place too. I’ve gone from moving in, swimming deep my overdraft and in a few thousand £s of debt to my parents who helped me pay the initial deposit; to become a lot more financially literate – having good savings that allowed me to get on the property ladder 2 years ago, investing in different ISA portfolios and making good returns, and even getting to the point where my student loan is a fraction of what it was when I graduated. I’ve also been able to travel more than I ever would have imagined I would growing up when the standard was 1 holiday a year. I know that I am very blessed! With a lot more goals on my plate to achieve. 🙂

And now to a new place – and this new place is… noice. If it wasn’t for the market being down due to COVID, I don’t even know if we would be in this place. Not necessarily due to not being able to afford it – but there’s always a question of if you want to “afford it” when it comes to renting. You really want to have a healthy amount of money leftover after paying your monthly rent to save and do other things with (if possible). But – it’s an amazing place that I feel like we manifested because as soon as we learned it existed, we decided it was where we’re going to be. 1 bed, 1 study, open plan kitchen/living area, many floors high in the sky with multiple perks for residents. In the car, I’m about 10 minutes from where I last lived, and whilst we also weighed up just moving elsewhere within that area (there are literally a million developments), we chose to move to where we currently are as it just has more of a vibe. Where I was living was very corporate – I felt like it sucked out some of my soul sometimes as an army of us left our high rises bright and early in the morning to march across the bridge into work, back across the bridge in the evening coming home from work and… that’s it (I guess we all just stayed inside or left the area on the weekends). It worked for a few years as I liked being able to walk to work, but I definitely got to the point where I just wanted something new.

Now it’s officially time to start a brand new chapter of my life. I can’t wait to see what these next few years bring!

Reflecting on my favourite posts of 2020

What I wanted to be when I was older