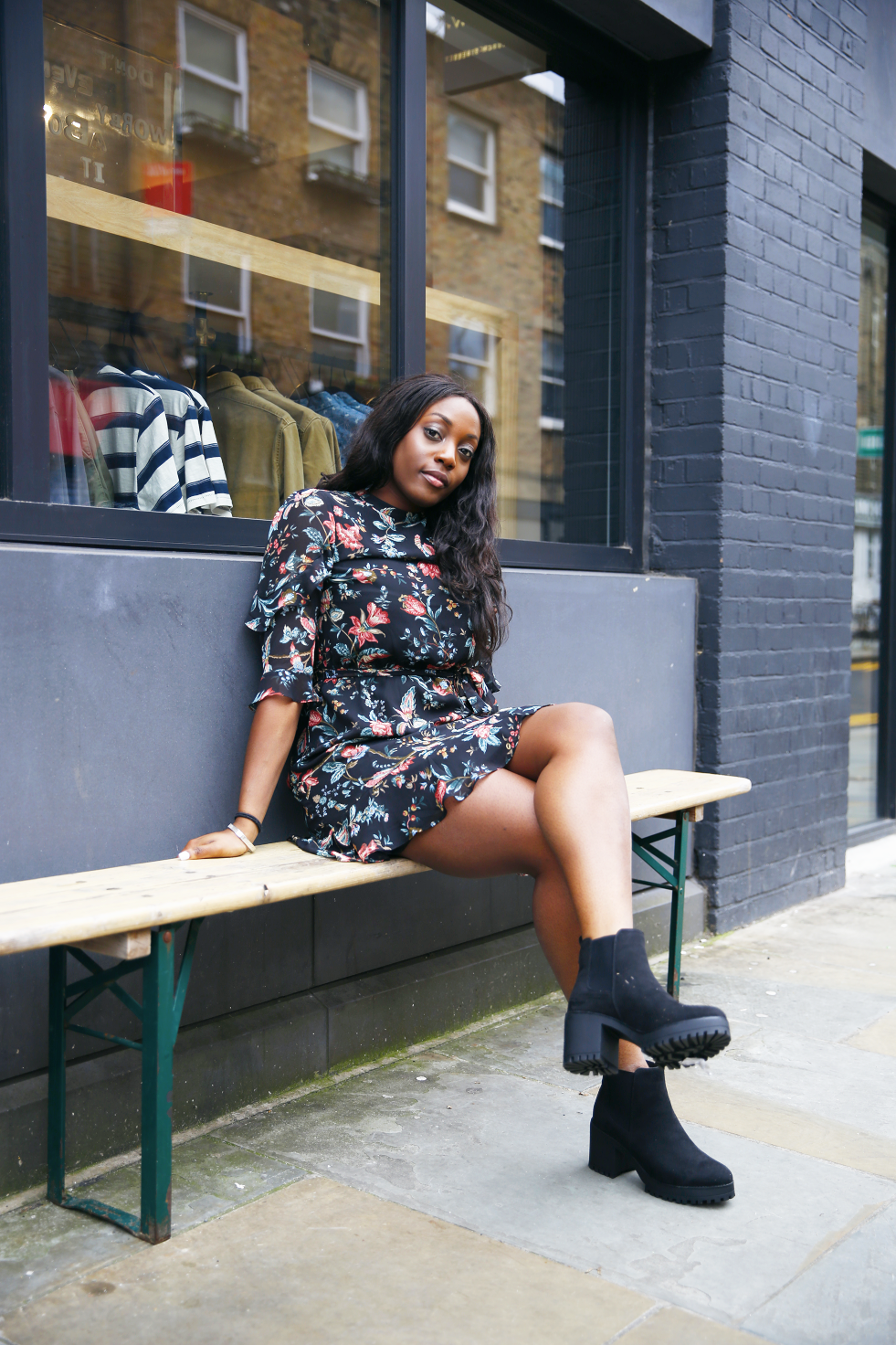 Being a grad comes with multiple emotions. The biggest one probably being fear as you really do have to start fending for yourself now. Being stuck in your overdraft during university was cute and all, but suddenly it doesn’t sound as funny as it once did. And all of those “when I’m older” spiels you’ve been giving for 15 years – about your multi million dollar business and the lot? Well here is where your actions need to start to match your words. It’s no longer a “one day” thing, it starts to feel like a “now” thing. With the click of a finger, you’re suddenly getting a lot older – I mean, you’re telling me people grown in the 2000s are also big grown adults now? It just doesn’t feel right. And the benefit of doubt you give yourself being a young and fresh grad, fades away faster than you can blink. What everyone’s getting up to in this new shiny post grad world is plastered all over social media, and it feels mentally exhausting sometimes just trying to keep up.

Often when I speak to other grads (like my younger brother recently was), it’s entertaining to see them going through many of the same stages I went through when I first left uni. From learning to be independent, learning how to manage money, and having that very inevitable quarter life breakdown.

Stage 1: I have to wake up at what time?

Back in university, making it to a 9am lecture was not only a miracle, it was an absolute rarity. Whilst I’d spend a lot of my day studying in the library, how long and how hard I wanted to study was always in my hands. The obligatory part of university – mainly the classes – were really just a few hours a day. There was so much flexibility. If I didn’t want to go to a lecture, I’d watch it online in my own time. I could miss some classes here and there if it meant I’d get to nurse my hangovers. And on the last day of terms I always took the day off from classes and lectures because, well, I could. Hence, one of the things that scared me the most about full time work was not only the early mornings, but also the late nights. It was a complete 180 from what I was used to. I work in a role that relies quite a bit on the market, so typically I’ve started working already by 8am. And my work days can easily be 10-12 hours long. There really isn’t any flexibility in it either – starting work late everyday gives off a terrible impression and when the work has to be done… it has to be done. Which means that the late nights happen when they do, and there really isn’t anything you can do about it. Whilst it’s a big life change – one plus is that it makes you more organised. I actually do more with my time now than I ever did during uni, and that’s because I’m forced to compartmentalise my life and my time to get any use out of it.

Stage 2: I have an income! What should I do with it?

Back in uni, most of us were pretty broke. I’m talking – swimming in your overdraft was a regular occurrence type broke. I never really even saved in uni, all I tried to do was stay afloat. Now work starts and suddenly, you’re getting a monthly income. This monthly income potentially even exceed your student loan for a 10-week whole term. So… what now?

When I first graduated, I was saving 1/3rd of my income, spending 1/3rd on living and rest went on clothes, bags and accessories. I was on a mission to completely transform my style because after all – I was a sophisticated working woman now and I couldn’t just wear crops, skirts and tights everywhere anymore. It was also the first time I ever discovered what designer fashion even was. Believe it or not I had no idea about any of that stuff growing up, the closest I really came to anything designer personally was being one of the few people at my school that had the *real* ugg boots. Otherwise, when I started uni, I thought Michael Kors was top echelon as that’s what most people wore. I remember thinking I couldn’t wait to be on an income and start buying Michael Kors too.

I learned about designer goods when I got my first proper pay check at the ripe old age of 21 – I had decided I wanted to buy a watch as a first-pay-check-gift so asked around my friends in my grad class to see what everyone had. Somebody advised me not to buy a Michael Kors watch because its “tacky” (which was a shocker to me), and when somebody else told me they had a Rolex… I didn’t even know what that was. I wandered why they looked so uncomfortable when I asked them for the price… before they told me the price, then, I guess I got it. My friend and I went to Watches of Switzerland that day and told them we had a £200 budget, and they really told us to take our ass to Swatch.

Anyways – starting to actually save, and on the other hand spend a lot more on my wardrobe, was something that came early on after graduating. Through trial and error I learned about higher and lower quality stores, have over time treated myself to some designer goods, and saved a lot. This year, I learned more about investing and giving a portion of my savings a good ol’ inflation hedge.

3. I think I’m over going out… actually, I’m really not

Strangely, sometime after I graduated, I didn’t really care for going out, drinking and clubbing anymore. Everyone is different, but, since I could, I’ve always been one that’s up for going out – it’s one of my ideas of a good time. During my first year of uni, I was out c.3 times a week (the good ol’ days before my hangovers become so deadly). It was a strange one, but I think part of me was trying to be more “adult” than I was.

After some time, the desire for a good turn up definitely returned. I certainly do not need to go out 3-4 times a week, and whilst I may have graduated some time ago now – I’m too young to stop enjoying myself (the way I find enjoyable). Plus, I have no major responsibilities at the moment – these are the years of my life I’m really going to remember.

Before full-time work – every year meant something and that “something” was defined by the education system. Be it GCSEs, A Levels, starting university, applying for internships, graduating – there was always a very clear goal, even if that was just acing exams. Sometimes at work on the other hand, you can end up feeling as though you’re in a never ending cycle. Monday’s aren’t the best, but you wait for Fridays and the weekend. The weekends are over in the flash and you do the same during the next week. You book annual leave and a holiday and the clock ticks whilst you wait for that. Your holiday is over so fast and you’re back in the office on Skyscanner looking for the next destination. You wait for payday – it comes – it feels good, and then before you know it, you’re waiting for it again.

I think I had a mini breakdown a year or so into work where I just felt so depressed about where my life was. I knew that I was working in a good job that was challenging me and developing me, a job that I had worked so hard to get, but watching the clock all the time and the years speeding by just drove me crazy and made me feel very unaccomplished.

And I feel like many people go through this stage.

I think the solution is to never let life get too comfortable. For example – work doesn’t have to be running along a wheel – who’s to say you can’t innovate, be thoughtful, and drive ideas? And outside of work – what is stopping you from pursuing any of the ideas you may have? It can only be excuses…

Stage 5: Your close circle and your acquaintances

As the years go on, some of the people you spoke to during uni become people who you end up solely interacting with through Instagram and maybe Twitter. There might be people who you thought you’d stay great friends with that you drift apart from, and there might be people who emerge as close friends which you never thought would be. At times your close circle feels super tight knit, and then you might get a year like 2020 with COVID where there are certain friends you literally haven’t seen in 365 days.

I feel like there have been a few moves around in my friendship groups since graduating – but my closest friends have stayed my closest friends, some people I have become close friends with that I never would have expected and quite frankly, some friendships I have decided aren’t worth my time. There are your #1s, and then there are your acquaintances. You’d invite the latter to your house party, but maybe not to a 1-1 brunch, you get me?

What I can say though is that those friends and family that I really am closest to, I know I can count on.

It’s not all doom and gloom. I’m very hard on myself but I know that I have so much to be grateful about. If I’m honest – I’m still trying to figure things out… I can’t tell you where I’m going to be in 5 years but what I do know is that my life has changed so much in a mere 4. What I can say, is that overall… I’m feeling quite good about the person I am becoming.

How I started blogging - a major blast in the past

Reflecting on my favourite posts of 2020

What I wanted to be when I was older