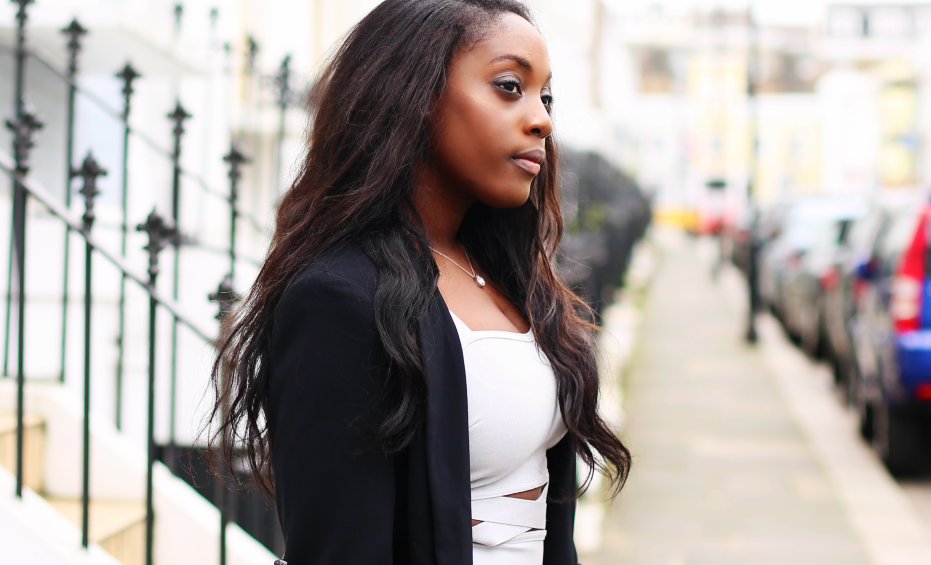 I published a guest post on the Girls in Work blog last week where I talked about my career story so far – how and why I went into banking and how I balance that with blogging and other online stuff. I will likely be contributing to the GiW blog a bit more in the future so definitely keep your eyes peeled for that!

In the blog, one of the things I mention time and time again is that I never really knew when I was younger what I wanted to “do” – I wanted to do everything, but also nothing. I very much lived “in the moment”, and just the thought of thinking about a “future” sent shiver down my spine back then. Recently, and especially as I start to align my thoughts a lot more and start to really make the steps to pursue what I want, I’ve begun stewing over the little dreams a younger me had, and where I’m at with them now…

I wanted to big a big time Hollywood actress

I can’t have been the only one? I feel like, growing up, the majority of the girls I knew in my age group either wanted to be the next Britney (or Christina, or Beyonce…) and become a famous singer, or take the other route and become the next Raven Symone or Hilary Duff with their own show and even blockbuster films. Growing up, from an early age, I developed a real love for acting. Ahead of watching a TV show, I would typically find out the episode, download the script, and memorise it was much as possible such that when it was playing I would have the chance to “act along”. It was one of my all time favourite things to do. Maybe around the age of 12 or so, I decided acting was totally something I needed to pursue. It was my passion and from what I’d heard – you should never give up on your passion. I signed up for a dance/drama school, and in my spare time I’d look up the agents of girls in the UK in the acting industry that were around my age, and strategise how I was going to get them to sign me on (I never really had many ideas).

Going down a more creative route is not the standard in an African household. We’re more taught to get good grades, get a secure job and just… stay there. When GCSEs rolled about I really had to fight with my parents for the right to take Drama, along with all the other academic Maths and Triple Science type subjects I was taking. Doing Drama, I learned very quickly that maybe I didn’t have a knack for the acting thing after all. Whilst I was getting As and A*s exclusively in all of my other subjects, I’d struggle to even climb my way to a B in Drama exams. I was a lot shyer back then, and it’s one of those activites that doesn’t quite tolerate extreme shyness which is totally the space I was in at the time. In the end, it totally tanked – actually, most of us that took Drama that year came out with not so impressive grades to the point my teacher tried to appeal but failed to get anywhere with it. After those bullets, I put everything on hold. I had been about to sign up to an acting class, and I decided to give it some time. I gave it all a bit of time and came out of it on the other side realising it actually wasn’t something I wanted to pursue after all. Don’t get me wrong – I don’t regret taking a Drama GCSE at all – it’s what I wanted to do and what I was passionate about at the time, you only live once and being overly comfortable / just doing what everyone else wants you to do will not fulfill you in the long run. However, over time, my love for acting drifted away, and now, I much prefer watching films than acting along to them. I don’t quite feel like I “gave up” on my dream in this case, I feel like it was just one that faded away… never came to fruition. Around that time I realised that along with being academic I had a bit of a “knack” for this online thing – I used to code layouts, create graphics, etc, and this stuff really started to take the first spot in my mind now that acting had taken a back seat. I have yet to feel my heart yearn for this old love.

I actually grew up naturally quite a quick runner – whilst long distance was never (and still isn’t nor will ever be) my thing, I could run a good 100-400 meters fairly quickly and just feel the pain the aftermath. In primary school (back when girls and boys are, with regards to strength, physically developed on the same level), I was actually the fastest in my class. By the time I got to secondary school, I had slipped to second place. Because of this, my school would make me go to compulsory athletics competitions around London, and typically I’d take on 200 metres or the first leg of a 100 metre relay race, and I did these quite often.

All the fun was sucked out of running when it suddenly became a much more serious affair vs. just running up and down in the school playground. Before every competition I would be quizzed by my competitors on my “time” and the “type of studs” I had (I literally wore a random pair Reebok trainers – I’ve never owned studs), I would of course have no idea how good or bad they were, and plus – running is mostly a singular sport, there usually is not “team”, which often meant that the fate of my school’s outcome in whichever race rested entirely on my shoulders, which I also didn’t like. I remember people around me would sometimes suggest it was a shame I didn’t care – perhaps if I did I could hone in my technique, develop more skills and who knows what that could lead onto next.

Eventually, I was invited down (or told to get my ass down) to Crystal Palace for what was mean to be the biggest competition of my “running career” so far. However, the meet fell on the same day as the audition for my school’s dance production, and I was still trying to fulfill my drama and theatre filled life mentioned above. So, I skipped out. I didn’t go to the competition and auditioned for the production instead. My PE teacher was less than happy – she approached me the next day in the playground and called me arrogant and selfish. They stopped inviting me to those competitions from then on out, but honestly… I didn’t care, and actually I felt like I had put my foot down for the years I didn’t want to go to these competitions anyway and that felt great. 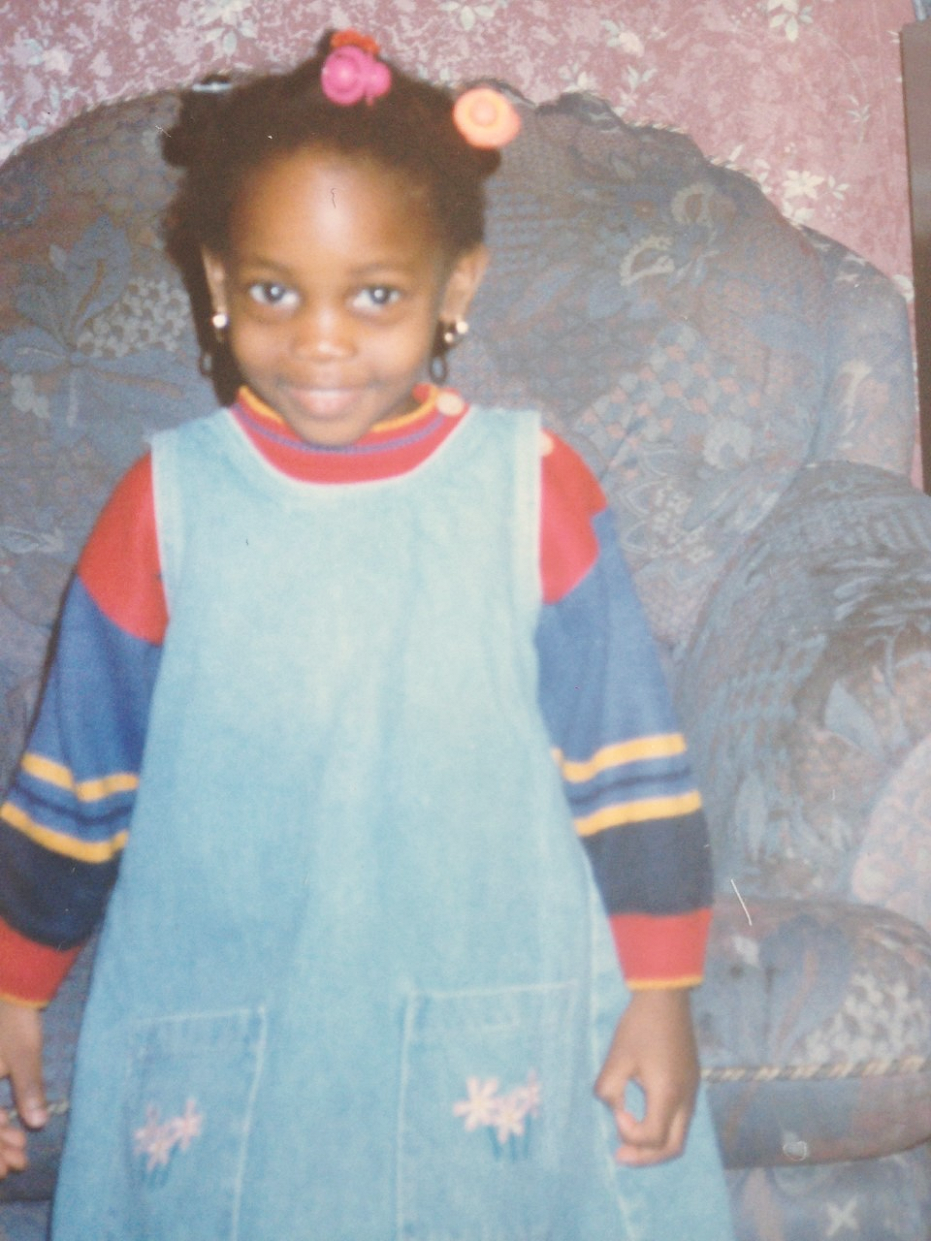 Writing… my earliest love. For most of my life, and before I discovered the world of the online, I was convinced that I was going to become a famous writer – a J.K. Rowling. Honestly, I used to love writing stories/novels. I’d always have so many ideas at all different times, and I always couldn’t wait to put my ideas to paper. I’d write series, and by the time I had reached my early teens, I was literally writing up over 100+ pages on Microsoft Word (maybe that’s why my blogs are so long…)

The last story I wrote was when I was 15, it was heavily inspired by my experiences as a teen growing up and the experiences of my friends around me, and I even published it online at the time. After this – finding the time to write just became impossible. A Levels rolled around, university applications came to the forefront, and at the time I was running a blog and graphic design shop whereby I would sell to people dirt cheap fully coded layouts (Psst: View the legacy website here). Writing stories got put on the backburner, I seemingly ran out of ideas for them (or just didn’t have the headspace to think of any), and before I knew it, 8 years passed.

Unlike my other old goals, this is one I still wouldn’t write out. Whilst I still get the opportunity to pursue the route of writing everyday via this blog, I can still see a day where I get a sudden burst of inspiration and thus pursue writing the novel that “never was” – watch this space 😉

Your Weekend and Your Side Hustle: How to Make the Most out of Your Time