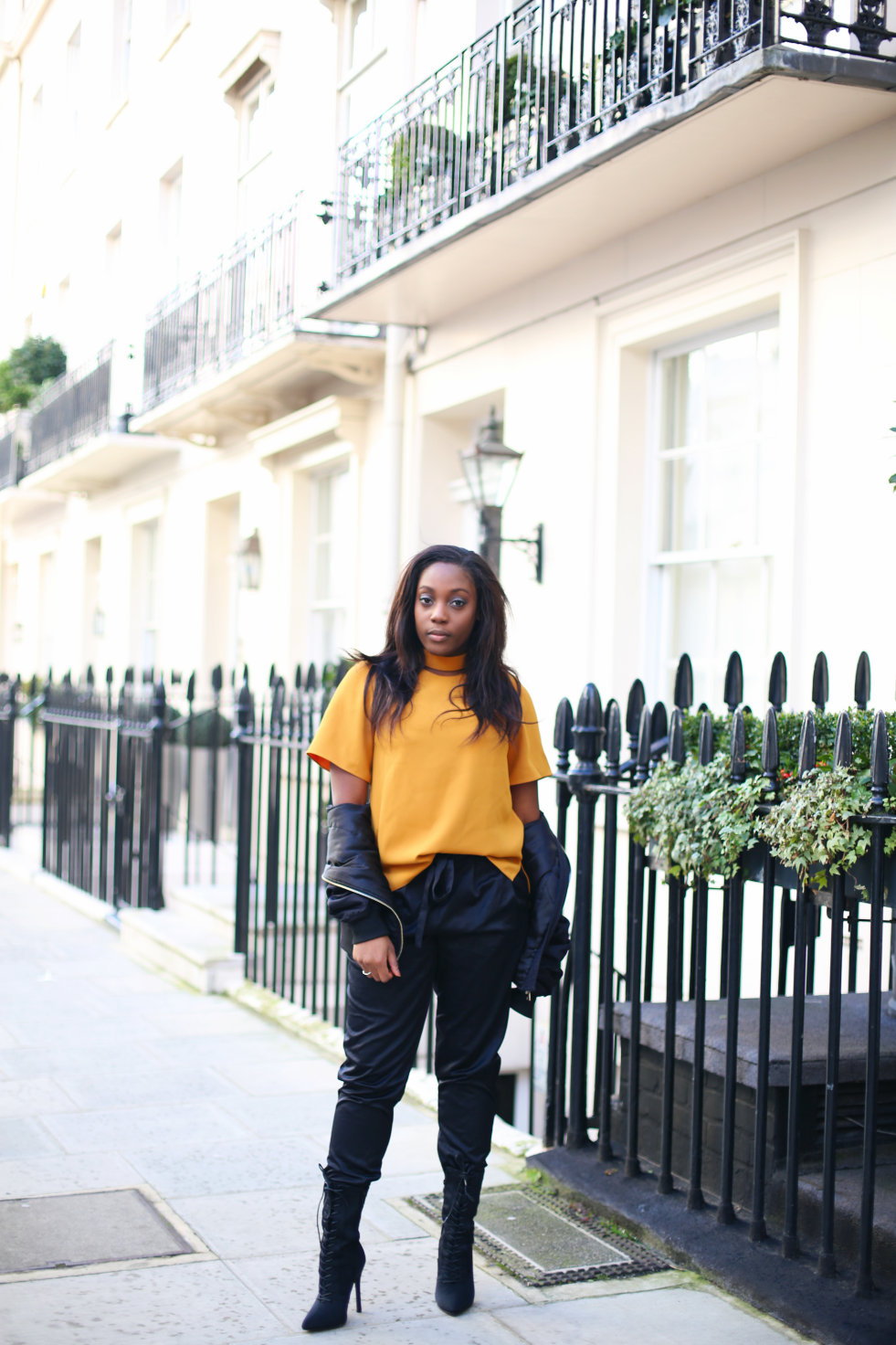 In July 2017 I had an epiphany moment – I was tired of being unfit and unhealthy and I wanted to make a long term change. I sort of used the stress of starting full-time work for the first time as an excuse to eat and do whatever I wanted to my body – with “health” completely disappearing from my vocabulary. But now, I wanted to do things differently. I’m on a journey. I’m learning new things every day and I make changes to my lifestyle every few months, but the changes I’ve made so far have me feeling pretty fab. Here are 5 healthy habits that have changed my life…

When I first started working out regularly I’d just work out in my room for a few minutes every morning, eventually I picked up the pace/time and then in a bit more time I started hitting the gym on a regular basis (once I hit the 1 year mark, I’ll do a full post on this journey). 8 months is the longest time I’ve been able to consistently work out – usually I last a maximum of three months before I revert back to old habits; but this time I was so lazer focused on making this a lifestyle change rather than a bikini body quest. I’ve been asked before how I stay on the “gym thing” but honestly – I really enjoy it. Working out is so great for stress relief, it’s a good way to learn discipline and how to push yourself, and actually when you work out your body releases endorphins which is essentially a happy drug – it’s programmed into your body to enjoy it. Honestly – with the gym/working out, I think it’s just about doing what you enjoy the most (or hate the least), I used to force myself to do these half hour runs outside and I honestly hated them so passionately (I will never do that again), but weight training and HIIT workouts give me the kick I need. Of course there are the aesthetics, and it does feel great to slowly reach my goals (but I’ve still got a long journey ahead…), but it does also genuinely make me feel pretty good to get in a good workout. I also like to look good doing it (hey, I’m a fashion blogger), at the moment I’m eyeing up Jack Wills’ Womens’ joggers. 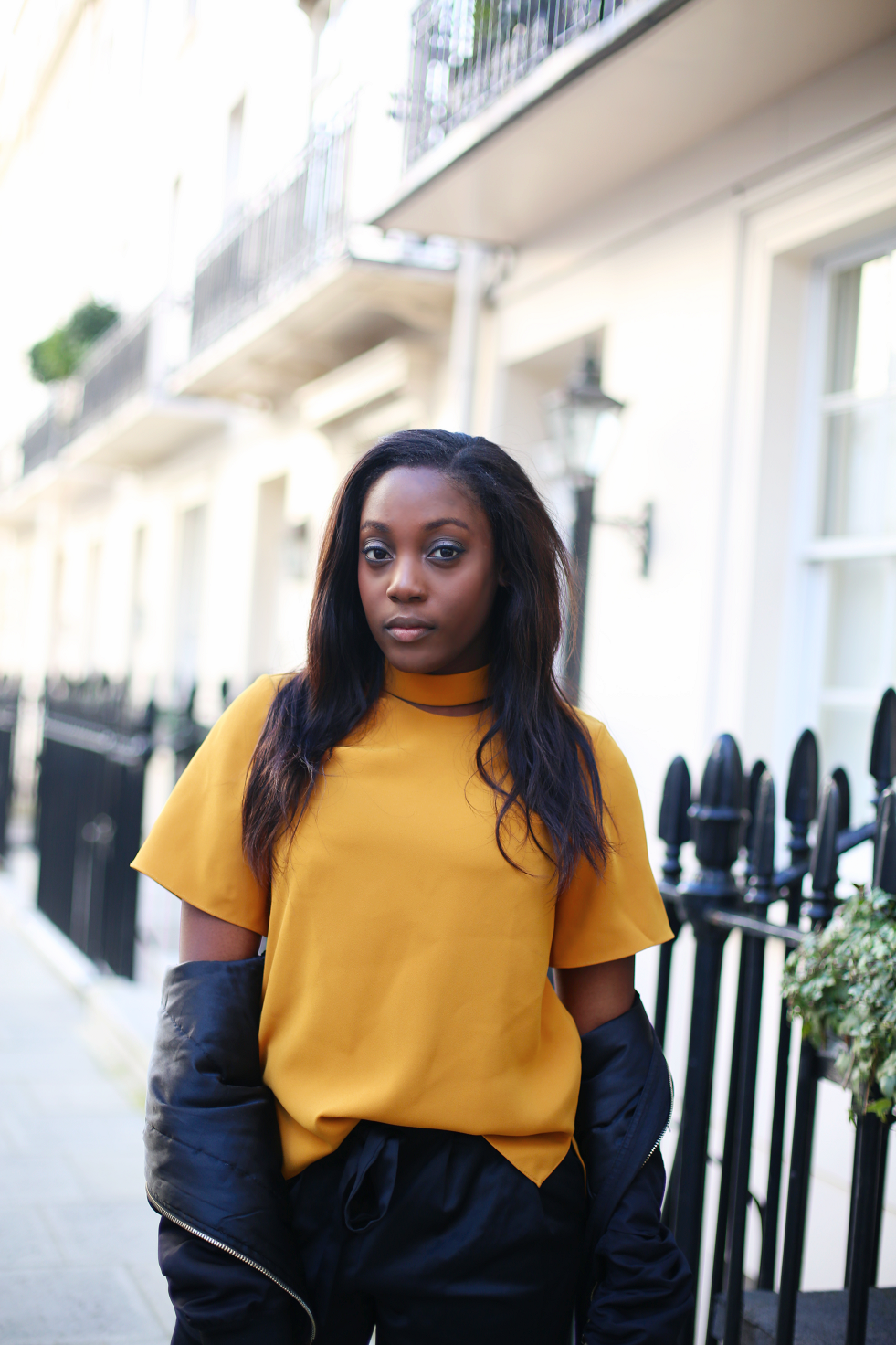 I grew up in an African household so traditionally, my diet hasn’t been too terrible. The only thing about African diets is that they can be very carb heavy, but aside from that, it’s just lots of protein and veg in our stews. It wasn’t until I got to university that burgers, chips, and takeout became a much more staple part of my diet (in the first half of 2017 I was eating chicken katsu curry for breakfast, pork belly for dinner, snacking on crisps every day and eating at least 1 chocolate cake slide a day). I remember once sitting in the library at university and reading about the fact that Kim Kardashian lost her baby weight by following the Atkins diet, and after a quick Google I found out that the Atkins diet was all about cutting out/down carbs. So… I did that. And every time from then on that I wanted to control my diet I’d simply cut out or cut down carbs.

This time around in my fitness journey, I started doing the same thing. I’d eat three eggs for breakfast, a ceaser salad for lunch and a plate of (red) meat for dinner. But whenever I ate like this – I’d start to equate eating healthy with being hungry, because honestly… I need my carbs. Eventually, when watching some of those “what I eat in a day” YouTube videos, I found that a lot of girls that worked out still incorporated a very good amount of carbs into their diets. I decided then to download My Fitness Pal to get a better idea of the foods I put into my body, and that’s when I found out I was overloading on fats and lacking in everything else. I learned that it was more about balance that fad diets (which I think Atkins / Keto diets are).

These days I’m not afraid of carbs, I also focus more on getting a good dose of veggies and leaner meats such as chicken and fish into my meals (I’ve cut down red meats and saturated fats a lot), as my concern is to have a good ol’ balance and feel good. I am really such an advocate for having a balanced diet, if I ever see anyone brag about doing a fad diet (they’re usually short term and unsustainable as you end up hungry all the time), or even brag about the fact that they “don’t eat much” (it damages your metabolism – don’t do that), I will usually pipe up. Eat fruitfully but eat balanced, I’d say. 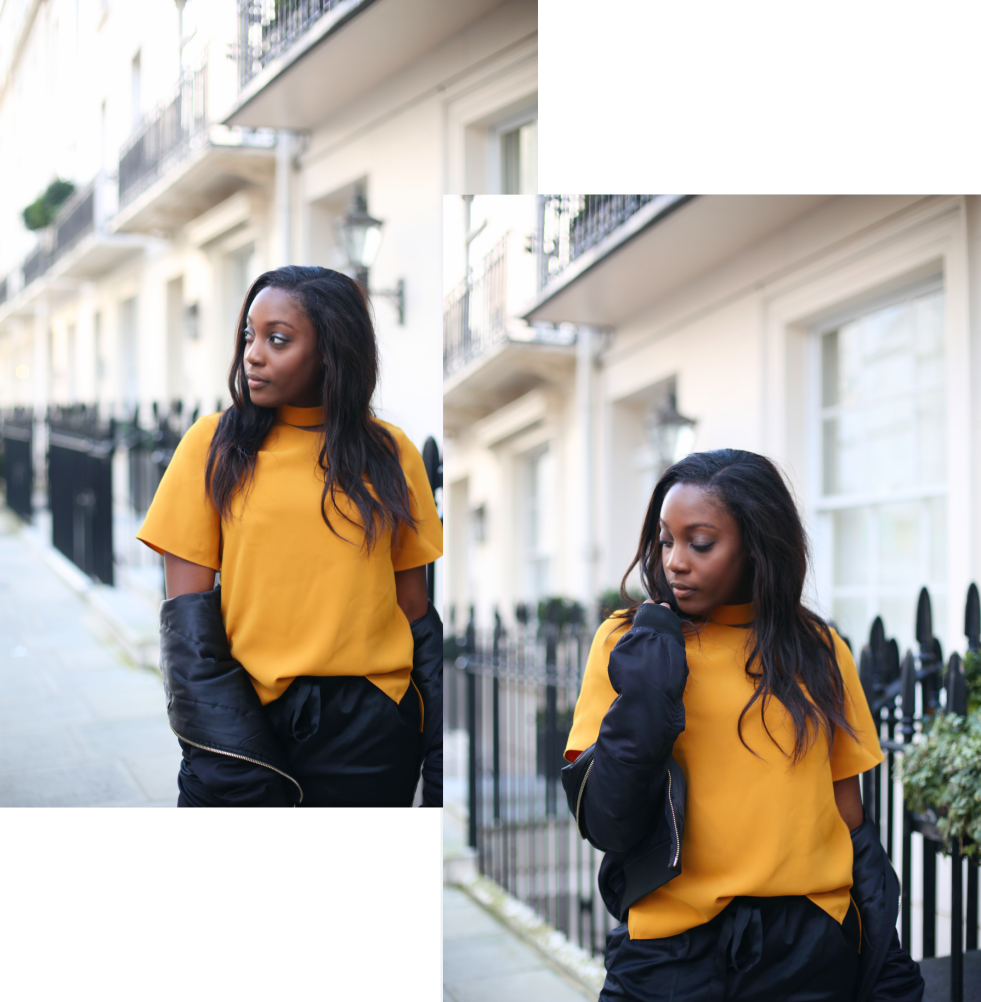 What I’ve learned this year is that sometimes you may think you’re addicted to something… but if you cut it out, you find that you honestly aren’t. I used to think I couldn’t live without coffee but when I started to health & fitness journey I decided to cut it out of my diet (unless I’m literally falling asleep during the day), and I actually didn’t miss it – turns out I didn’t need it. I also thought I was addicted to eating sausage omelettes every day but I knew the oils and saturated fats were’t doing too good for my body so it was a long and lengthy process to cut down instead of eating it everyday for breakfast (I kept “relapsing”… lol) – now I only eat this once a week. My other addiction has been sweet juices – I drank orange juice (usually from concentrate) at least once a day. I remember having a friend once hint that I should drink it a lot less than that because of the sugar content but as far I was concerned – I needed it in my life and once a day wasn’t a big deal. And you know what – it probably isn’t really a big deal – but I decided that I wanted to cut down sugars and pick up the amount of water that I drink so I chose to cut it down quite a lot in my diet, rather than it be a regular daily thing. It wasn’t as hard to do as I had thought. Plus, water is one of the best things you can put in your body – it honestly leaves you feeling super refreshed, is so hydrating and is both good for your health and your skin. It’s a no brainier. 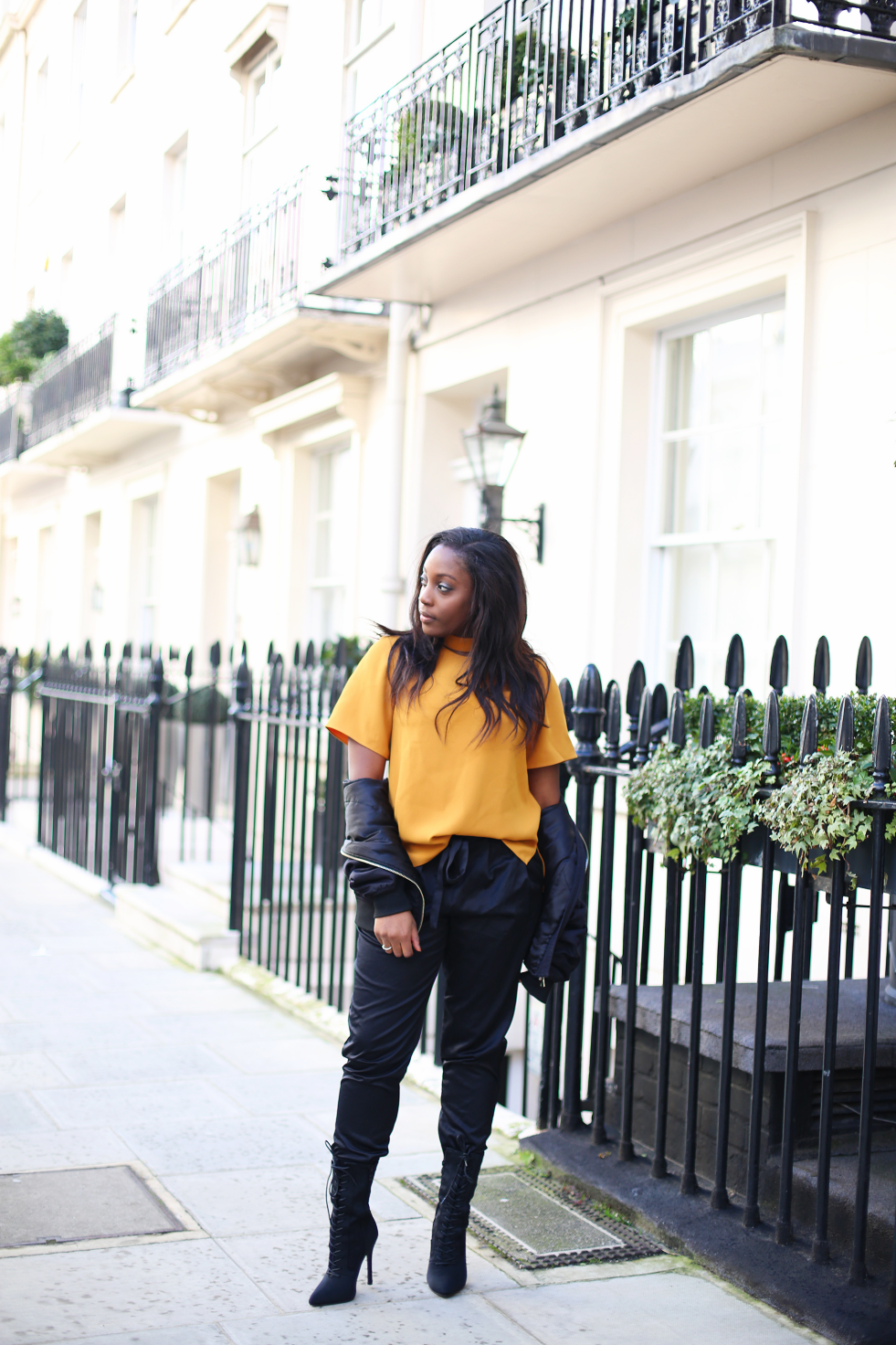 I used to be super chilled – I really didn’t care about anything and it was hard for people to get on my bad side. But as I got older – it’s like I had some sort of hormonal change which meant that I could flip like a switch. I could go from cool as a cucumber to literally falling down in tears, or my head about to blow off. The worst this is, is that a lot of the things that could seriously get to me were usually illogical, and it was only after I had calmed down that I realised I had reacted the wrong way. Slowly, I’ve tried to rear more on the logical side of life, and get back to my more collected self that isn’t constantly in need of a chill pill (this is why I want to start meditating, although thus far, I’ve failed at this New Year’s resolution…). The way I’m able to make this change is to always see the bigger picture (yep – I’m talking about this again), and to recognise what really isn’t as important as I may think. This is still something I continue to work on, but I’ve definitely made some more positive changes here this year. 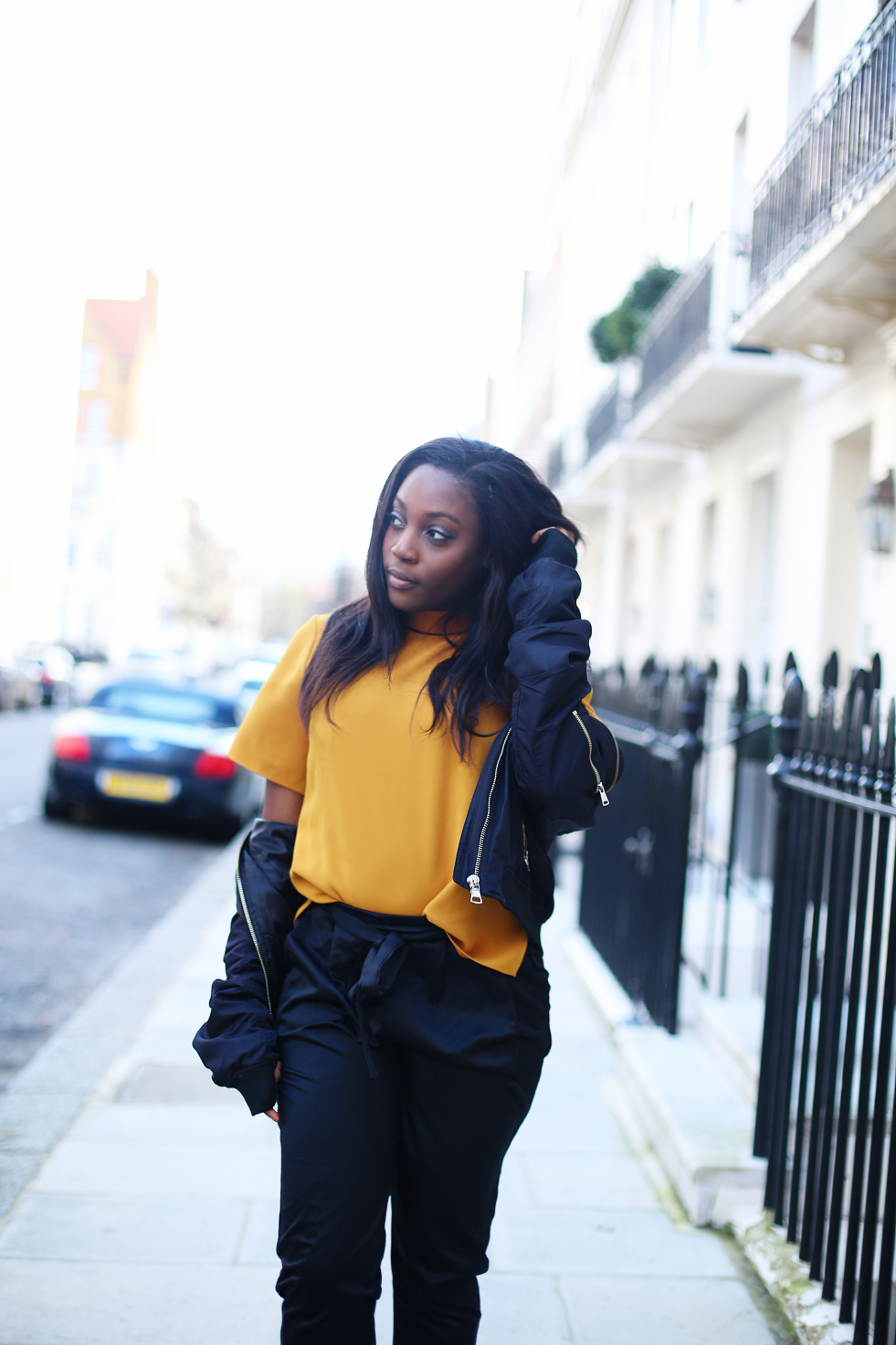 Focusing on making lifestyle changes rather than short term changes

This is self explanatory – but I try to act with purpose now, and to act on things that are sustainable, rather than being in things from the short run. If I’m going to have a go at something, I want to have a full go at it and integrate it realistically into my lifestyle versus looking for a quick fix. This is one reason I’m against fad diets – I just don’t seen them as sustainable which means that ultimately, they’re a waste of time. And whilst working out to look a way you want is fine – I also workout because I love the way it makes me feel. It’s a lifestyle change.

There are so many other changes I want to make – but ya know, slow and steady wins the race and all that. For example, I really want to start meditating, and I really need to try and get more than 5 hours of sleep a day (if anyone can tell me why I woke up at 6.30am on Saturday? That’s even earlier than I wake up during the week…)

What are healthy habits you have formed over the years?

International Women's Day: The Best Lifetime Tips I've Had from Inspirational Women in My Life

How to Push Through a Writer's Block