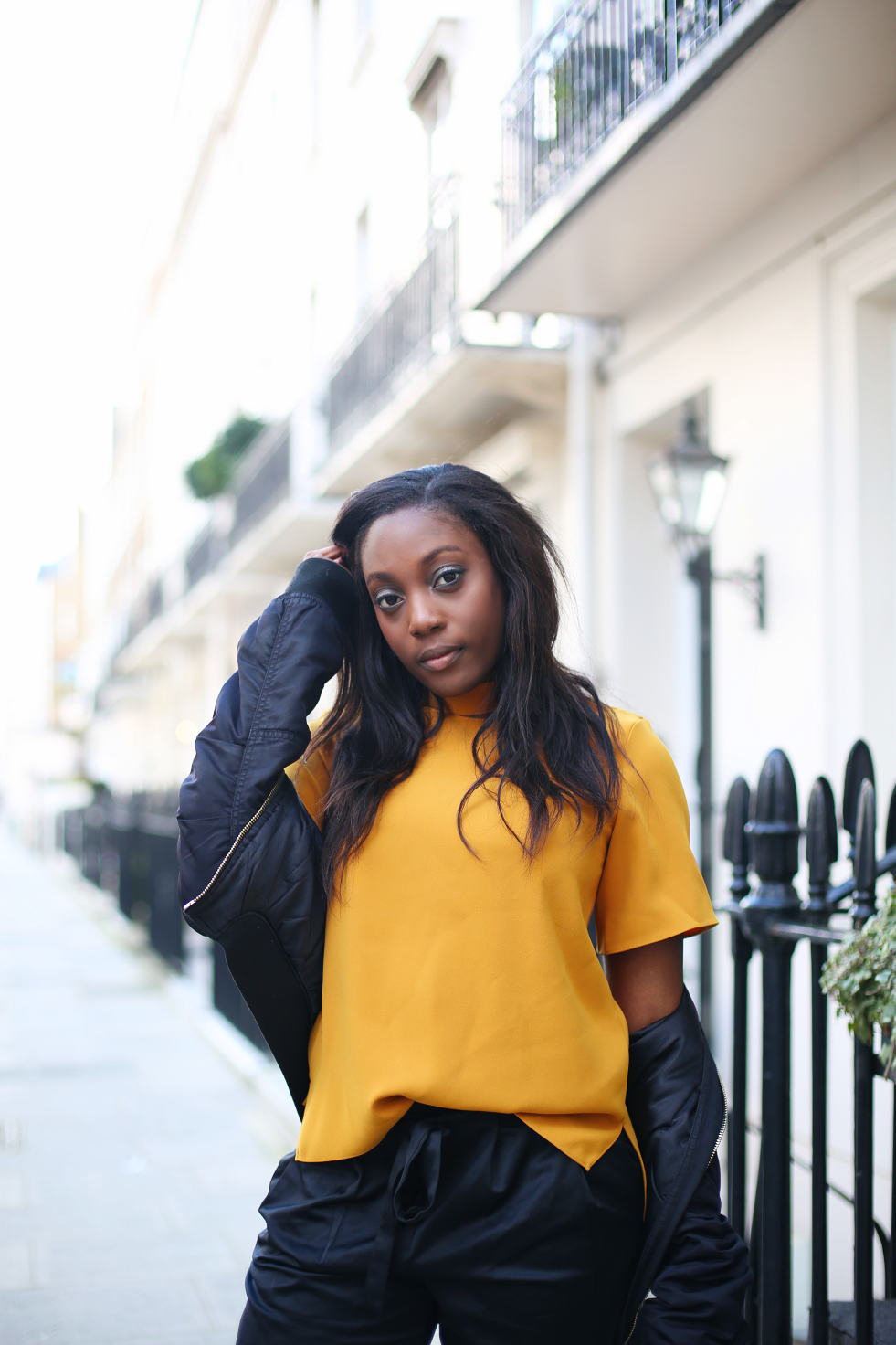 The other day I decided to try on my graduation dress. I graduated almost 2 years ago now but the significance of this dress is that it actually kick started my health and fitness journey. Some people have a lot more interesting stories to share as to why they decided to start taking care of their bodies – but mine was simple, I just didn’t feel like myself in my own body anymore. We’re quickly approaching the 1 year mark of the start of my journey, and when this comes of course I’ll do a full break down of the year, how everything started and where I hope to be headed; but in a nutshell, when I started working full time I completely stopped caring about my health and fitness. My diet was atrocious and I’d work out for maybe half an hour every two weeks – I started to feel like I totally wasn’t myeslf in my body and when I could no longer fit into my graduation dress (and I mean, at all) from only a year prior, I decided then that I (personally) wanted to make a change. Who knew a year of bad habits would lead to one of the best decisions I’ve ever made for myself?

A graduation dress pushed me to start a health and fitness journey – something so small became something quite significant. And if you are wondering, when I tried on the dress again the other day, for the first time in a long time, it slipped on like a glove.

When I was thinking about what I’d write up for my second post for the week, the thought above sort of sparked up an idea. Sometimes it’s the simplest occurences in life that can really kick start very impactful changes. Occasionally when I tell people that at the start of last year I was eating chicken katsu curries for breakfast and pork belly strips for dinner on a regular basis they wince a bit – but I truly have no regrets here as it all led me to where I am now (and whilst it lasted – it tasted pretty good too).

At the same time…

A friendship bust up pushed me to learn how to stand up for myself
I’m really not a very confrontational person, I am able to keep my cool in a lot of situations and generally I just stay out of trouble. But one thing I really struggled with in the past was actually having any balls to stand up for myself. Once upon a time I had a friend that was pretty bitchy. She would talk about everyone in the whole entire world (and I mean everyone) including her own friends (which often meant my own friends) behind their back. But all I used to do in response was “mhmm” and “whaaat?” and after a while I started to feel like I was just as bad as her, as I essentially sat and agreed with everything she was saying even if I felt she was totally out of line. After some time, I put two and two together and realised if she was talking about everyone else to me – well she must be have been talking about me to others too. I was right. But even after I found out I was right, it took at least two more months for me to finally open my mouth up and stand up for myself (and even this was after pretty much being provoked to do so). Granted, we aren’t quite friends anymore, but no hard feelings as the situation taught me not to let myself be walked over. Sure – staying out of trouble is good… but sometimes it’s good to have a voice too. 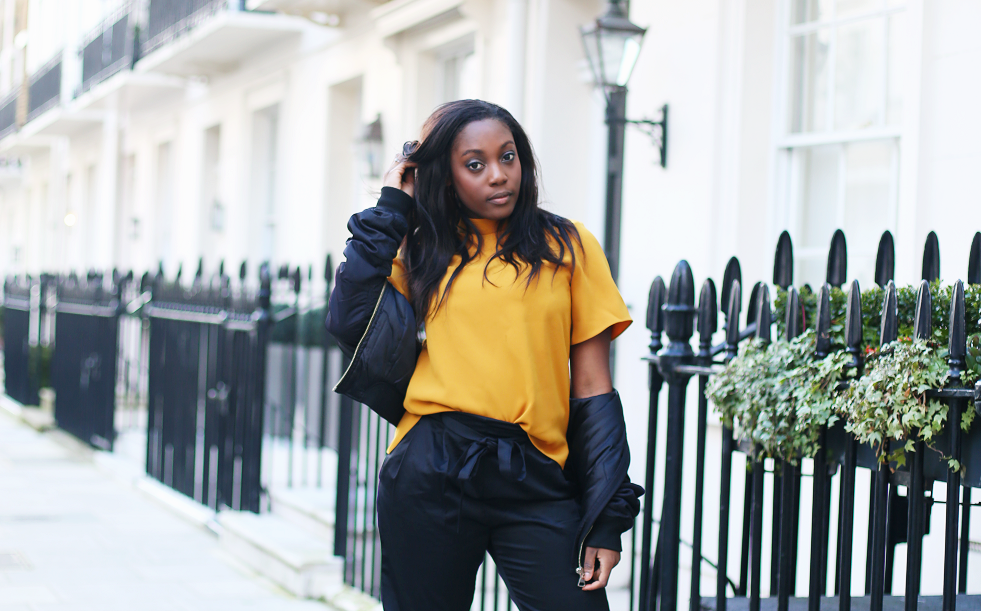 An awkward 14yr old birthday party put me on the path of learning confidence
If you’re a long-time reader, you’ll know what one thing I’ve struggled with in the past is my confidence, it is something that plagued me for the longest time and actually something I feel held me back from achieving what I wanted to at times (and I have an entire, tea-worthy post on this in the link above). Whilst I knew this was a little bit of a problem for some time, I was never really truly motivated to make a change here until I was around 14-15ys old, and I remember vividly going to a party and doing… nothing. Not dancing even though I wanted to, and barely even talking to people even though that’s what you go to a party to do – socialise. It was after this horrific party that I sort of realised – maybe I need to make a change here. Anybody that has struggled with confidence issues knows that this is a uphill battle, it would be great if you could snap your fingers and decide “you know what, I’m confident now!” But in my opinion it takes years of pushing yourself, experiencing new things, hitting rock bottom and getting up again but stronger than last time. I’m not necessarily the loudest person in the world today, and I’m forever still learning and growing in this area (as the majority of us are!), but I can honestly say that I don’t really struggle with confidence issues anymore, and I find it tons easier these days to be social and talk to new people (and a lot of these improvements have even only been over the last few years). If you’re interested in a post touching on how to work on this area – just let me know!

Meeting someone special pushed me to develop myself
Here’s another thing I’ve spoken about often in the past – self development. Essentially, when I was around 14-15, I remember for exams that year deciding that I would have a go at this “hard work” thing – traditionally I had done well in school but this was mostly effortlessly, I had never actually put in the work. That year, I won two awards for my performance in exams, and it sort of put me on a path working hard in all aspects of my life. I started selling webdesigns to different clients that year because I thought if I didn’t I would never grow my platform efficiently, I’d walk into every exam with the aim of getting 100%, and if I felt my fear was holding me back from doing something I’d force myself to do it. But when I started uni this drive really withered away, suddenly I was happy to walk out with a sub-par mark in my exams, I barely wanted to even apply for internships (but I did), and I shied away from situations out of my comfort zone. I became a shadow of my former self, and when I met Levi in 2014 – take all my drive from the years before and times that by 5 – I realised just how far from grace I’d fallen. He helped drop me on the path of self development to get me to where I am now. People often say you can’t “work on yourself” if you’re in a relationship that takes up your time, but I really beg to differ, after all in a relationship you should both be building each other up.

An e-mail from a brand I was familiar with pushed me to keep going with blogging
As you may or may not know, I’ve been online for some time but not necesssarily always in this “form”; actually, and traditionally, I just wrote blogs about what was happening in school and made webdesigns for visitors after teaching myself to code HTML at age 10. Once I got a bit older (c. 16-17 or so), I really just started to lose passion for webdesign and coding – whereas I used to spend every evening and weekend working on it (and absolutely loved doing this), suddenly I was spending a few hours every few months on these things and these few hours were spent reluctantly. Before uni, I had just opened up a beauty blog (but wasn’t taking it too seriously), and I seriously considered shutting everything down for good and just focusing solely on my studies. However, soon after making this decision to let my domain name expire I got an e-mail from The Body Shop asking if they could sponsor me – which was absolutely huge as never in my life had I been contacted by such a major brand. That one simple e-mail is the only reason I decided to keep going at that time. Granted, it was an on and off battle and overall I class the birth of what you see here (i.e. when I started to take things seriously) as winter 2015 – but guys, The Body Shop pretty much saved my blog. Who would have thought?

You never know when reality will hit and when you’ll be spurred to make a change that could be pretty impactful over the long term. I truly wonder what I’ll take on next…