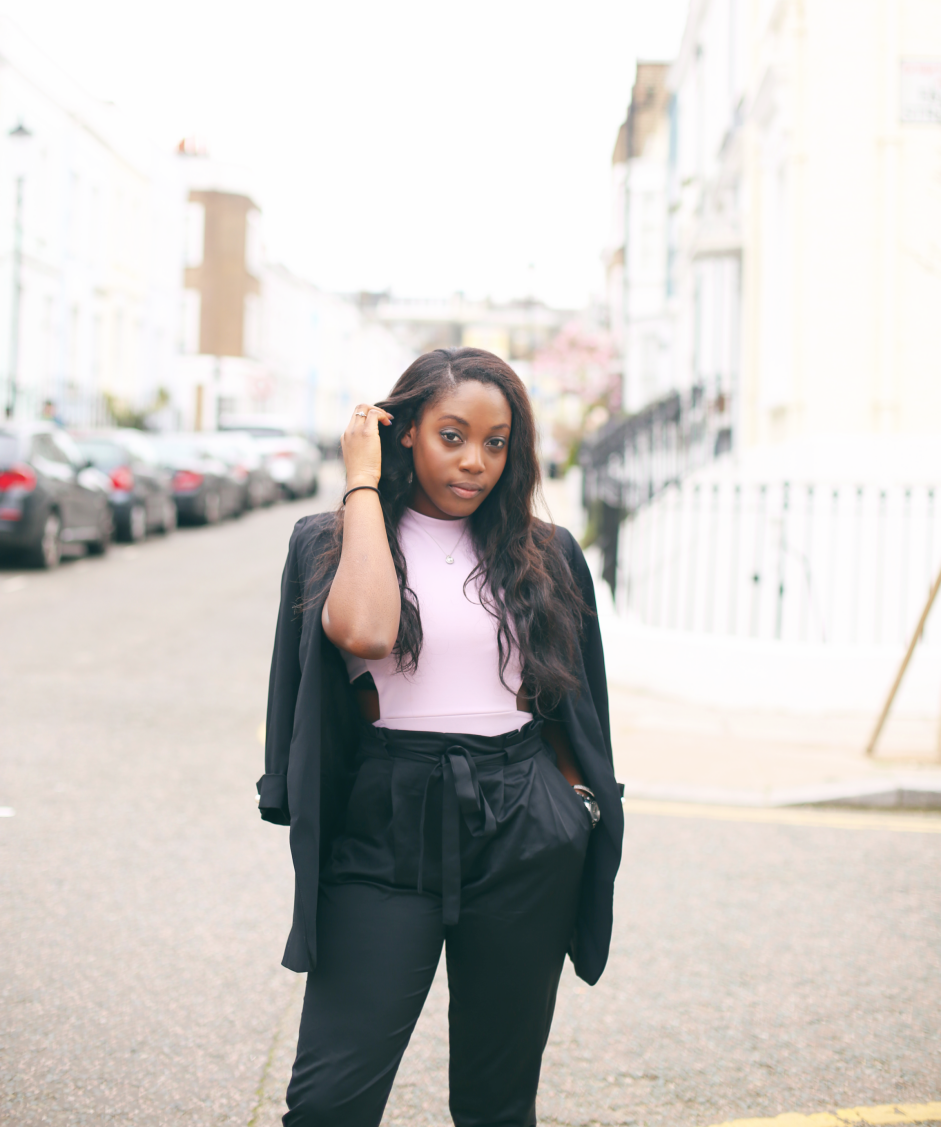 Let’s get to know each other better…

I tend to adopt other people’s mannerisms…

When I spend a lot of time with one person, or I spend every day watching a certain TV show, I suddenly start to take on other people’s mannerisms. Of course, I currently spend the most time with my boyfriend meaning that Levi and I seem splurt out the same random quotes be it “ooook…”, “dead!” or the random interplay of a Nigerian accent into a totally unrelated sentence (even Levi does this sometimes too). When I was in school, my friends and I would all sound like Essex-esqe clones (and we’re not from Essex), and when I went to uni, my accent posh-ened up just a tad (it was in uni that I started saying “what on earth?” and “that is obscene!”, both which I haven’t dropped since). I even remember once taking on a French accent because my intern buddy was French. Most recently, I binge watched How To Get Away With Murder and could’ve sworn I was Annalise, and in the meanwhile, I’ve permanently adopted Keri Washington’s Scandal “walk” (I walk with purpose, even if I’m just going to get some sushi). It’s a strange habit, but one I can’t quite seem to shake.

I have an obsessive personality at times

I never really thought of myself as having an obsessive personality, and I’d definitely say that for most years of my life – I didn’t. But recently, this started to change. Lets give an example: in January/February time, I gained a sudden obsession with veganism. Now, I’m not a vegan, but at the start of 2018 I’d spend hours upon hours watching videos about veganism – what it means, what it does and doesn’t include, ethical and environmental factors, etc etc. I now know so much (more) about veganism than I did last year where I vividly remember asking my photographer – “what do they eat? grass?” (oh, how I was wrong); this all comes down to those two very obsessive months. These days if I ever hear discussions around the topic, I’m always interested in getting involved. Another obsession of mine this year has been sushi. The strangest thing about this one is that for almost all of my life, I actually didn’t like fish at all, I thought it tasted awful. Then last year, I went to sushi restaurant (Sticks & Sushi) and got myself a little soy sauce dip on the side for my food and well, everything changed. Now I eat sushi/fish in general 3+ times a week – after eating it zero times a week for over 10 years… how things change! I do wander what my next obsession will be – but as of now, I’m very much in limbo.

I am a world-class pree-er

Pree / verb: Mainly used in England. Stalking or watching someone; a social networking profile or just in general

Once my friend started seeing someone new but she didn’t want to tell me his name, all she did was tell me his nickname and within 10 minutes, I had found out all the rest of the details. When it comes to social media stalking – I am your girl. I can find out a number of details about someone, what they’re up to and who they associate with usually within a matter of minutes. Whilst I don’t spend my days endlessly searching and stalking random people, I do have times where I just decide I want to go on a little “pree spree” to see what a bunch of random people I used to know are up to. At times I get so lost in the pree that I end up scrolling through the social media profiles of people I don’t even know and when I eventually happen to meet these people in person by chance, I have to pretend as if I don’t already know what uni they went to and who they’re in a relationship with (oops). That all said, I know this is something that a lot of people do because I’ve even realised I’ve been pree’d at times. A few ways I’ve spotted a pree-er: they like a obscure comment in a social media posts over a year old or, they happen to know that I blog and have visited the blog even though I don’t have them on any of my social media profiles, we don’t have mutual friends on these profiles, and I guess the key – I never told them. But – no biggie, I guess that’s one of the factors that comes along with the new-age internet shift.

She says as she picks at her skin… flattering, I know.

This is perhaps a rather gross one, but I find it really satisfying to pick at random things on my body. Be it the skin around my nails, a random spot that pops up on my forehead, “sleep” in my eyes when I wake up… I’m not sure why, but it’s a minor, not very flattering obsession of mine. Whilst it’s something I try and limit as much as possible (for example, it’s probably best not to pick at spots or else you’re left with scars everywhere), sometimes – I just can’t help it. And actually, sometimes, I don’t even want to “help it”. This is one reason I like to get fake nails at times – it manages to stop me from doing all this nonsense which is so much better over the long run.

I nap before bed

Does anyone else do this? So far, I seem to be a lone warrior in this camp. I think I’ve mentioned this here before, but essentially – before I go to “sleep sleep”, I take a nap. For example, as I’m writing this post in its first draft the clock is at 23:38. I’ll probably take a 15 minute nap at 12am, then wake up, get ready for bed (brush my teeth, wash my face, put my phone on charge etc), before I finally sleep, but for real this time. If it’s a weekend, this 15 minute nap could last for over an hour as I just keep hitting that snooze button until 1am (but I’ll always get back up to brush my teeth). Why do I do this? For me, a dream world would be such that I could decide I’m ready for bed, turn off the light and snooze. But if I don’t at least brush my teeth before I sleep, it just doesn’t feel right. Most of the time I don’t have the energy straight away to get up and get ready for bed, so I delay it first with a little nap. It’s definitely totally illogical, but… it works.

What’s the strangest fact about you?
Previous Article

How I Learned to Be Happy with Myself

The Importance of the Side Hustle