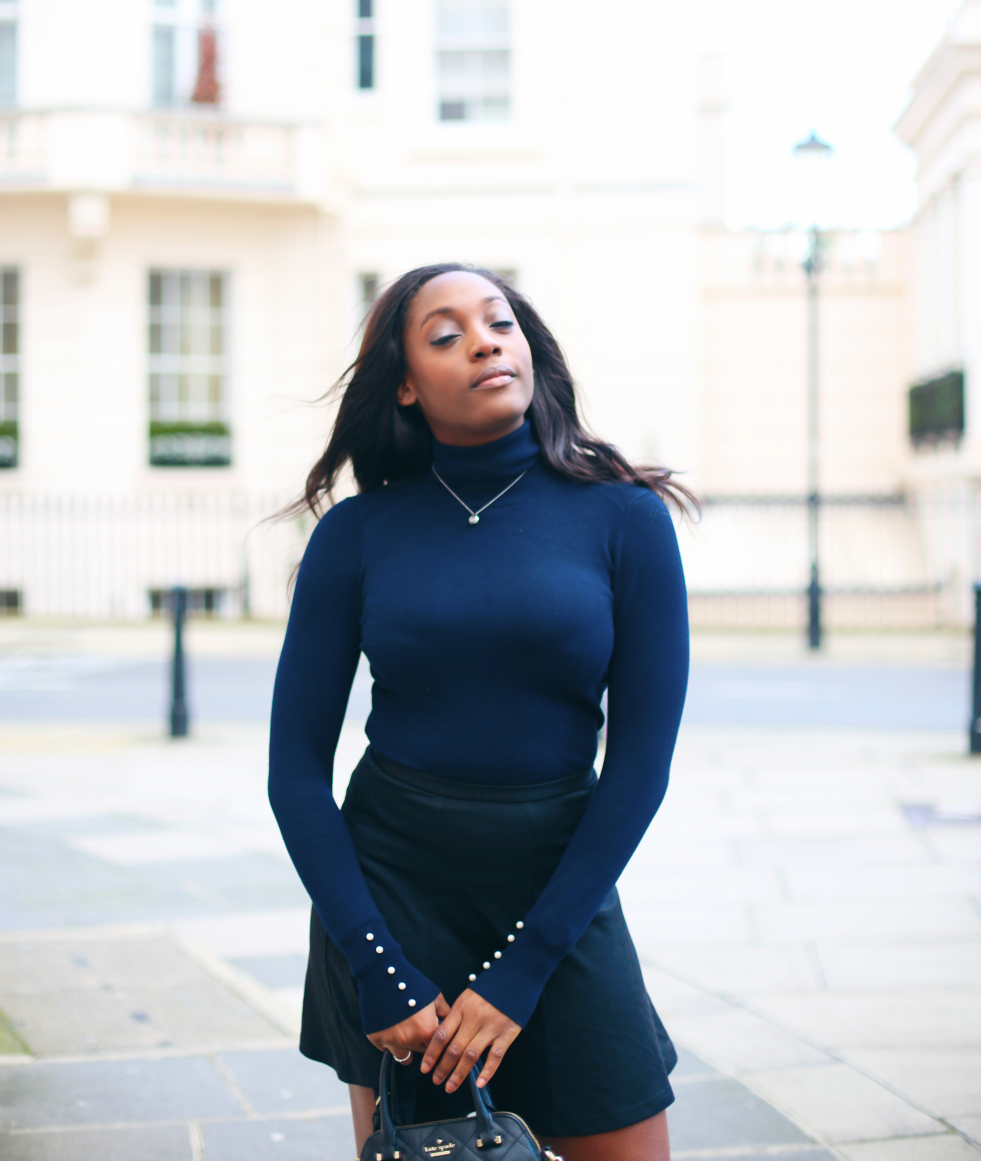 Random fact: I used to not consider myself a feminist. I think I was around 17 or so or so when someone in my family asked me if I was one and I said no and turned my nose up at it. I equated it with a bunch of women that were totally over the top and irrational about most things, and I didn’t want to associate myself with that. Then my mum said something that really resonated with me: “if it wasn’t for feminists campaigning – you wouldn’t even be where you are.”

Now this is the same line I give to any woman I meet that doesn’t want to associate themselves with feminism. As you can probably guess – I’ve totally changed my views now, and whole heartedly and proudly consider myself a feminist. I honestly believe that for anyone who believes in the equality of men and women – be they women themselves or not – being a feminist is only logical.

In honour or International Women’s Day, I wanted to share some of the best lifetime tips I’ve recieved in my 20+ years of life from inspiration women.

Now this wasn’t quite a “personal” tip I’ve received (I mean, it is Oprah Winfrey), but it’s something that really resonates with me. Guess what? I fear failure. A lot of us do. I know that if I fail at something, I end totally questioning my capabilities and always rear on the edge of wanting to quit. To further dig a knife in the wound, I admit that sometimes I fear failure out of the concern of what others would think – I hate people feeling bad or sympathetic for me, and that’s usually what failure brings. However, one thing I do know is that the most successful people have failed a lot. Unfortunately life isn’t just one straight path to success, it’s actually one with a lot of twists and turns and the people that persevere through this – and learn from these bad times – are usually the people that come out on top. I’m trying to learn this year to start to embrace failure – to welcome it even. To push myself to the very edge where failure is almost inevitable such that I can allow myself to grow. I don’t want to be mediocre and I don’t want to stay in my comfort zone – which means that multiple future failures are without a doubt going to be dotted in my future. I actually “failed” at something earlier this week, something that truly got me down, but not for too long because I know I learned from the experience and I’m the type of person to always get back up again.

2. “Be in a relationship that lifts you up, not one that tears you down” – Madre

The first quote from Mumma Akinboyewa.

How many of you have ever come up with lists for what you want in your future partner? I used to write these up in my head when I was in my late teens but when I couldn’t find anyone to fit the bill, I wondered if I was just being too picky. I didn’t met Levi until I was 19, which seems super young but felt very old at the time, so at a point I thought I was destined to perpetual single-ness (I know, sounds silly now) – so what do you do when you start to panic and doubt yourself? You settle. And if you do this, you can end up with someone in which you’re totally out of their league. That sounds big headed, but sometimes it’s honestly the truth. In my opinion, the best relationships are relationships where you can grow together – and this is not really the case when you choose to settle. I see people comment on social media sometimes saying they don’t want to be in a relationship because it means they wouldn’t be able to focus on themselves… but I don’t entirely agree with that. Actually, since I met Levi I’ve grown so much more in terms of maturity, confidence and self awareness and a lot of that was down to us being in eachother’s life and uplifting, growing, sharing and learning together. So if you have your list in your head, don’t ever believe you’re being too pick, and don’t let anyone make you believe you should lower your standards.

Sometimes people ask me how to get going if they want to start a blog. The answer is very simple… just start. Get your domain, or get a blogger profile, and just put your fingers to the keyboard and start writing. The rest (the funky camera, the lights, the photographer, the schedule, the brand deals) – that can all come after, but it’s always best to just dive in and even if you land on your face, you can learn, adjust, and learn some more. This was actually something told me to by a mentor (and venture capitalist) late last year, I was bombarding her with questions on to get started with a new projects, and her answer was not to overthink it, just to get going and get the ball rolling. Richard Branson also said the same in his latest biography: Finding My Virginity.

I use this same philosphy when it comes to writing blog posts – I honestly don’t think too much when I write, I just put my fingers to the keyboard and start writing and clean it up later. I write based on feeling, and put to the page whatever pops into my mind in the moment, and actually find that if I spend too much time thinking, I come out with something really quite stale.

4. “Focus on yourself, sometimes when God blesses you, people won’t want you around them” – Madre

Sometimes, people will dislike you for no reason at all. I’ve said this before – but I’ve never liked to jump to the conclusion that someone may be jealous of me, although the truth is that sometimes, people are going to be jealous of you, and at times these people can be closer to you than you think. There are a few people (including friends I’ve had in the past), that I’ve found can only be happy for you if you’re doing just as well, or not as well as they are; or they can only be happy for you if they themselves are in a happy place in life. And I think this is just something to be mindful of (I used to never consider this as I assumed the best of everyone) – not everyone is always going to clap for you and that’s okay.

Occasionally I speak on panels about my job and give some tips for finding internships, starting work and also approaching the working world as a woman. One of the tips I always give out, which was told to me by my boss, is that you should always oversell yourself. What you’ll probably find is that if you think you’re selling your self 100%, you’re maybe doing 70%, so it’s best to do 150% to land closer to that 100% number – make sense? Men typically (not always) tend to be better at this – better at just sort of letting everyone know exactly what they’re doing and generally just having bigger mouths, whereas I know personally that it does not come naturally to me (and a lot of my friends) to scream and jump about my successes. This is a skill that I think everyone should know as it’s something that can really get you ahead – if you’re not backing yourself, then nobody will.

Let me know in the comments what are the best tips you’ve had that have changed your life/way of thinking!

Otherwise, I hope you all had/have a lovely day. International Women’s Day is close to my heart because I love to empower women and I love to see empowered women – it’s one of the reasons I blog! Definitely a far cry from the girl that once sat in her dining room saying “none of that” when questioned about feminism…

Changing the Way I Do Blogging

5 Healthy Habits That Have Changed My Life