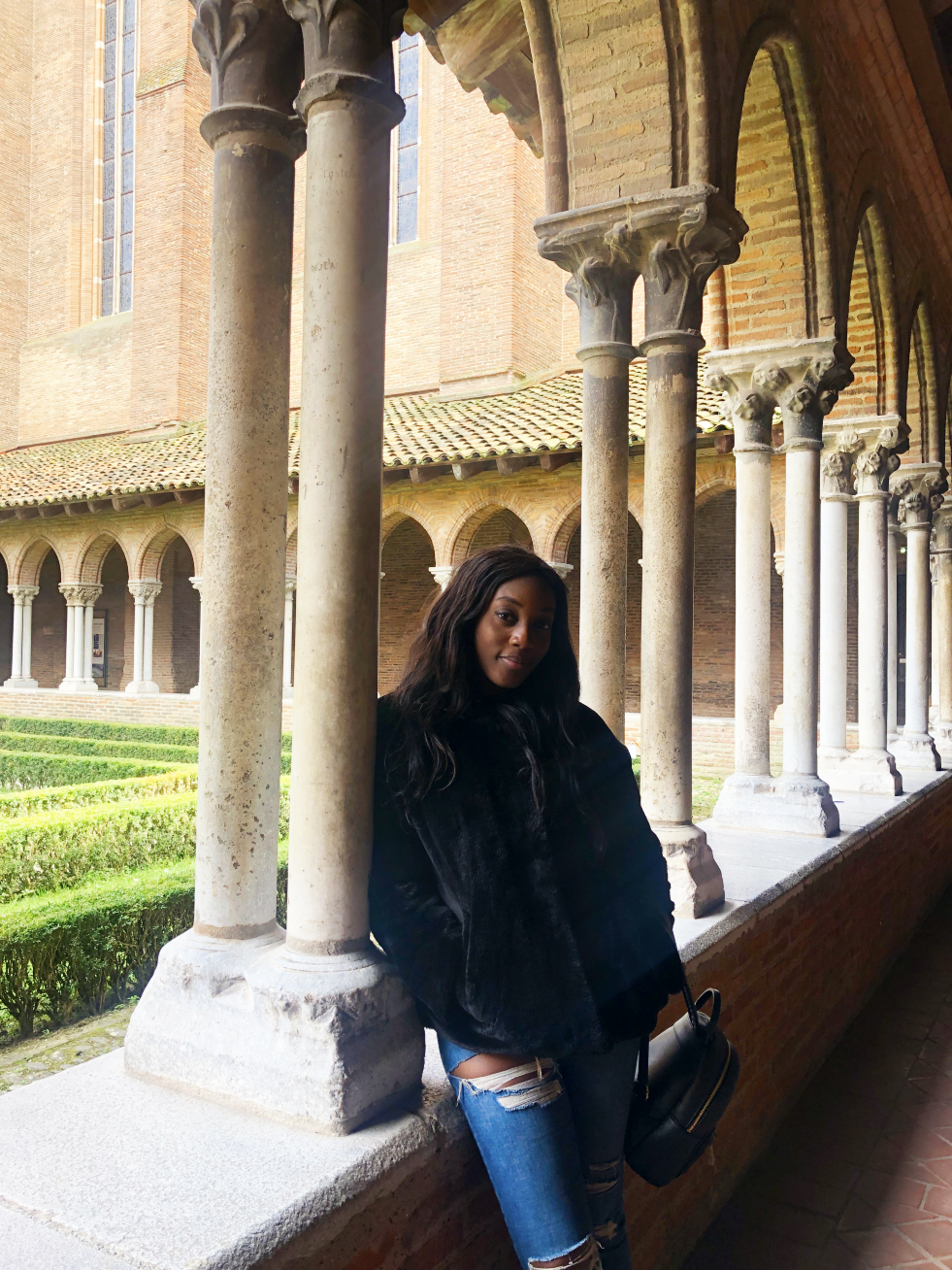 Hellooo good morning. I’m writing this post on Sunday evening, which means I’ll publish it on Monday morning. Does this mean I’m back on schedule? As you will know if you read last week’s post, I’m planning to do a total rebrand over here – ideally within the next month or so! But until then, on to our regularly scheduled programme…

This year I’ve done a decent amount of travelling. I haven’t really written up again specific travel posts mostly because i) sometimes my travel is for work, ii) sometimes I just don’t get good enough content (you either need to be travelling with people that like to take photos or your other half – or else then you become a nuisance…) and iii) a lot of my trips have been weekend breaks where nothing super eventful, at least not enough for a full on blog post, has taken place. As we move forward to the mid point of the year – and the summer vacations start – I thought I would use today’s post to round up my year in travel so far… 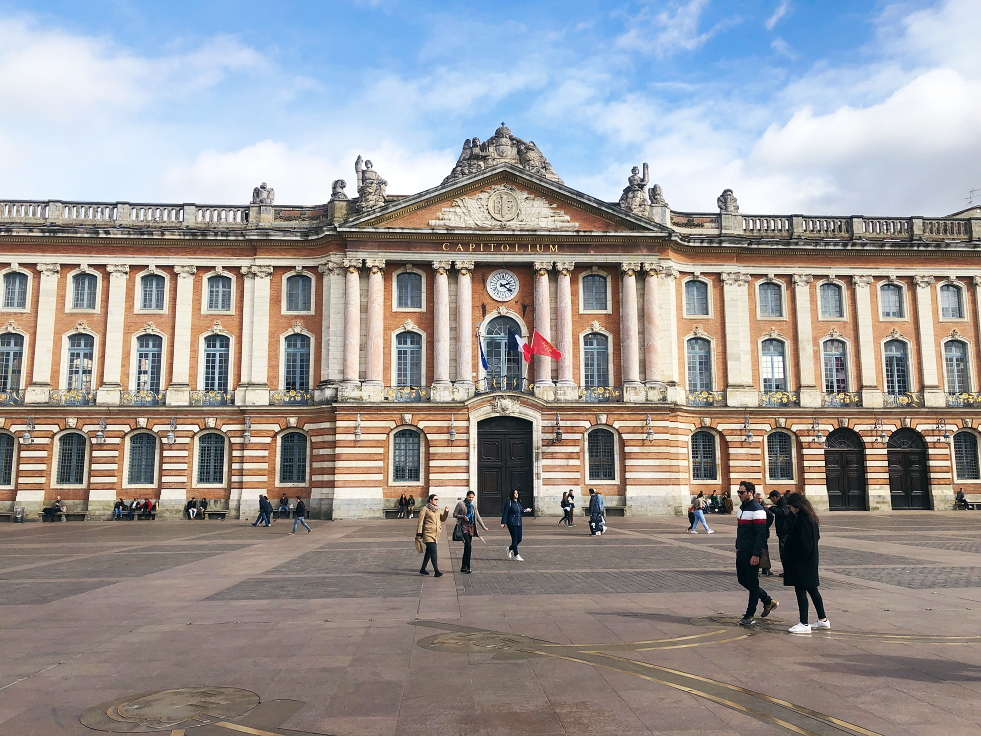 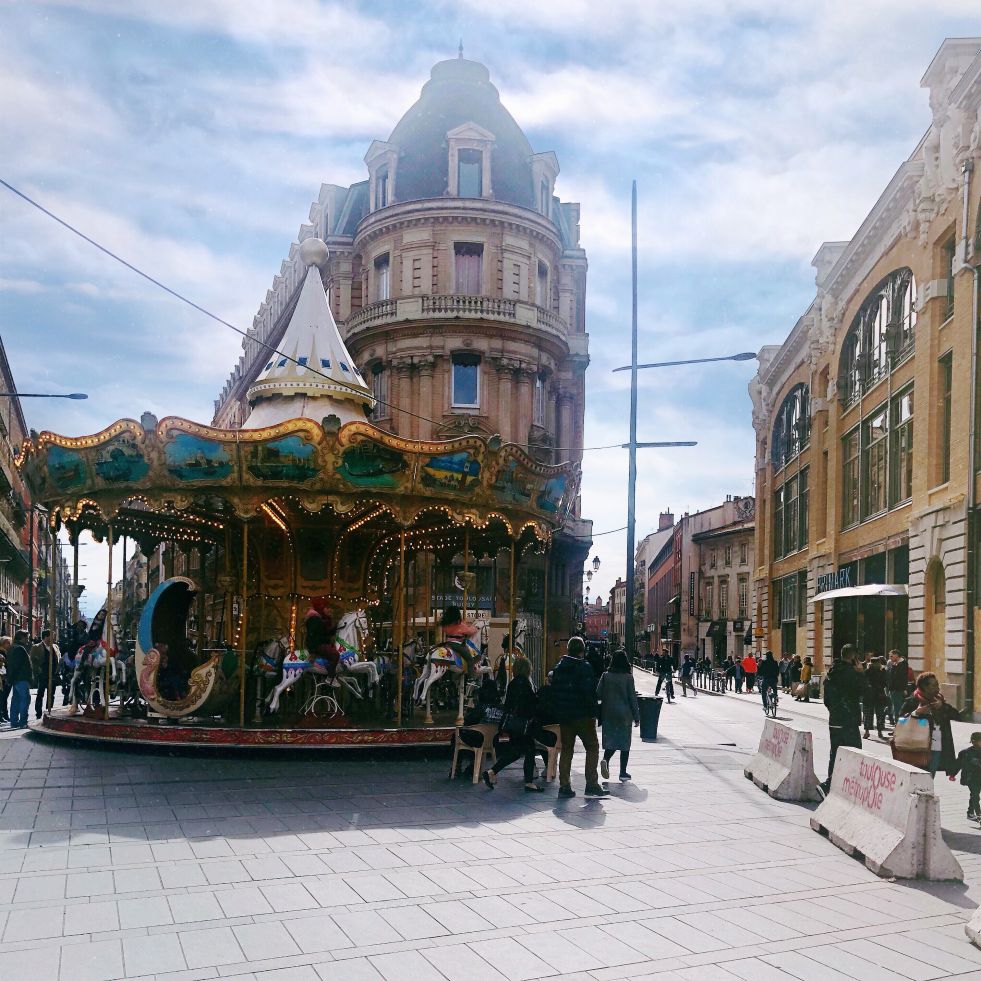 I’m not a big fan of birthdays or birthday celebrations… is that weird? I like celebrating other people’s birthdays, but when it comes to mine, I’d rather just sweep it under the rug, collect my presents and stay pim. I’ve organised big birthdays for my 18th and 21st birthdays, but that was just because I felt the pressure that I had to do something (my friends tend to give me pressure around my birthday every year). These past 2 years, to aleviate myself from any pressure, I’ve just done weekend trips abroad. Last year, I went to >Couvent des Jacobins, and on the second day out there we did some bike riding around the city which I really enjoyed. Otherwise, we took it easy, ate at some nice restaurants (my favourite was called Compagnie Francaise, cooked a beaut continental breakfast on the second morning there, and caught up on some good gossip.

If you’re doing a tour of France, I’d definitely recommend taking a stop by Tolouse. It’ll definitely be a lot more gorgeous in the summertime/sunshine. It’s otherwise a very peaceful city, so one to keep in mind if you want a very chill and quiet weekend city break. 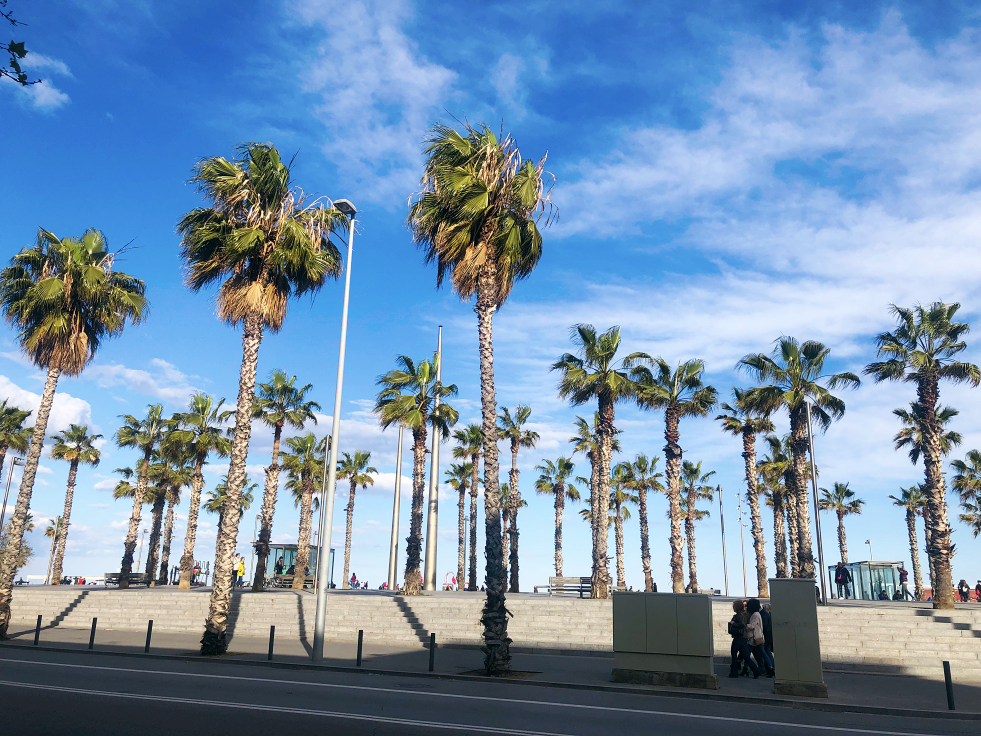 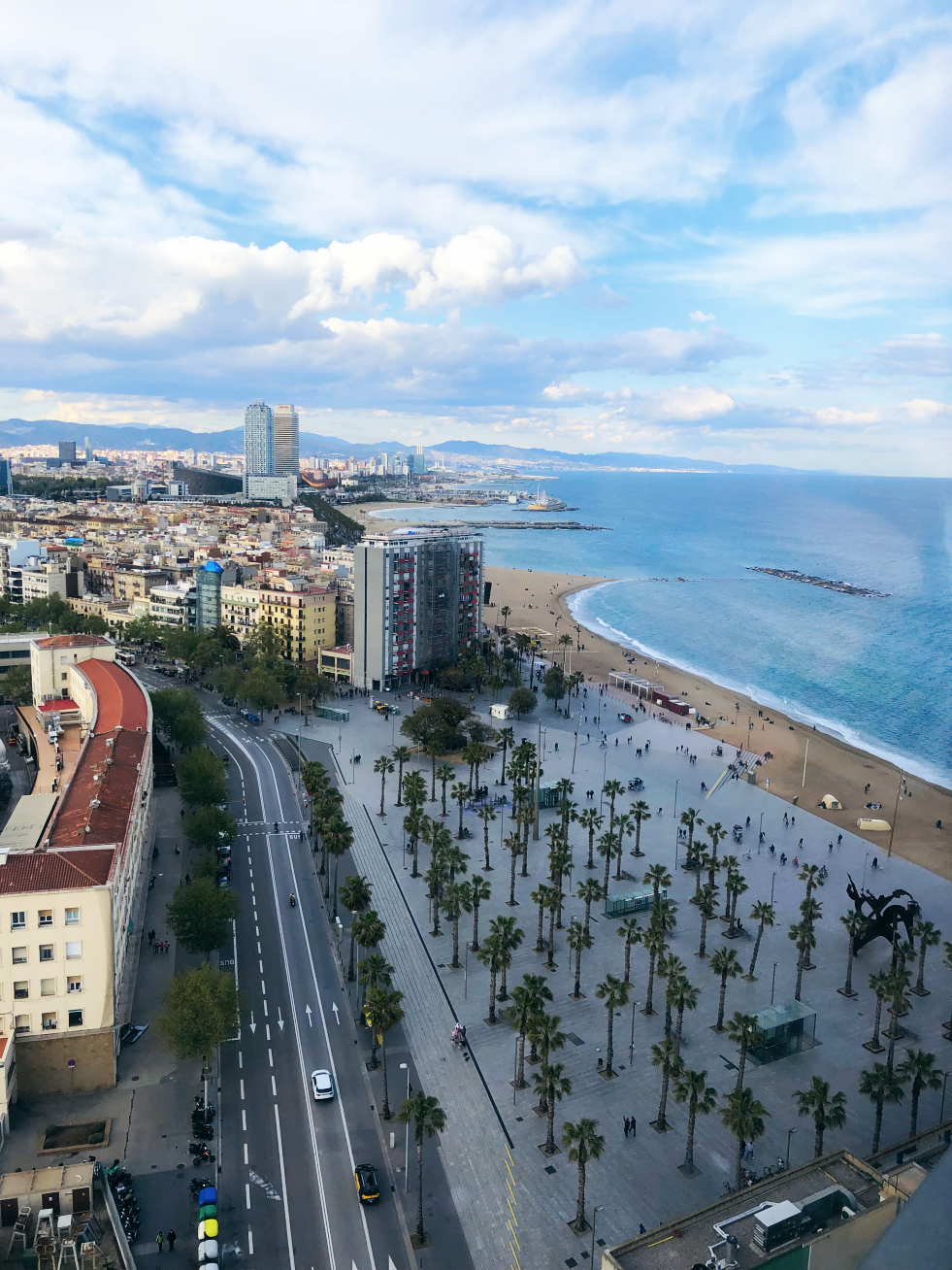 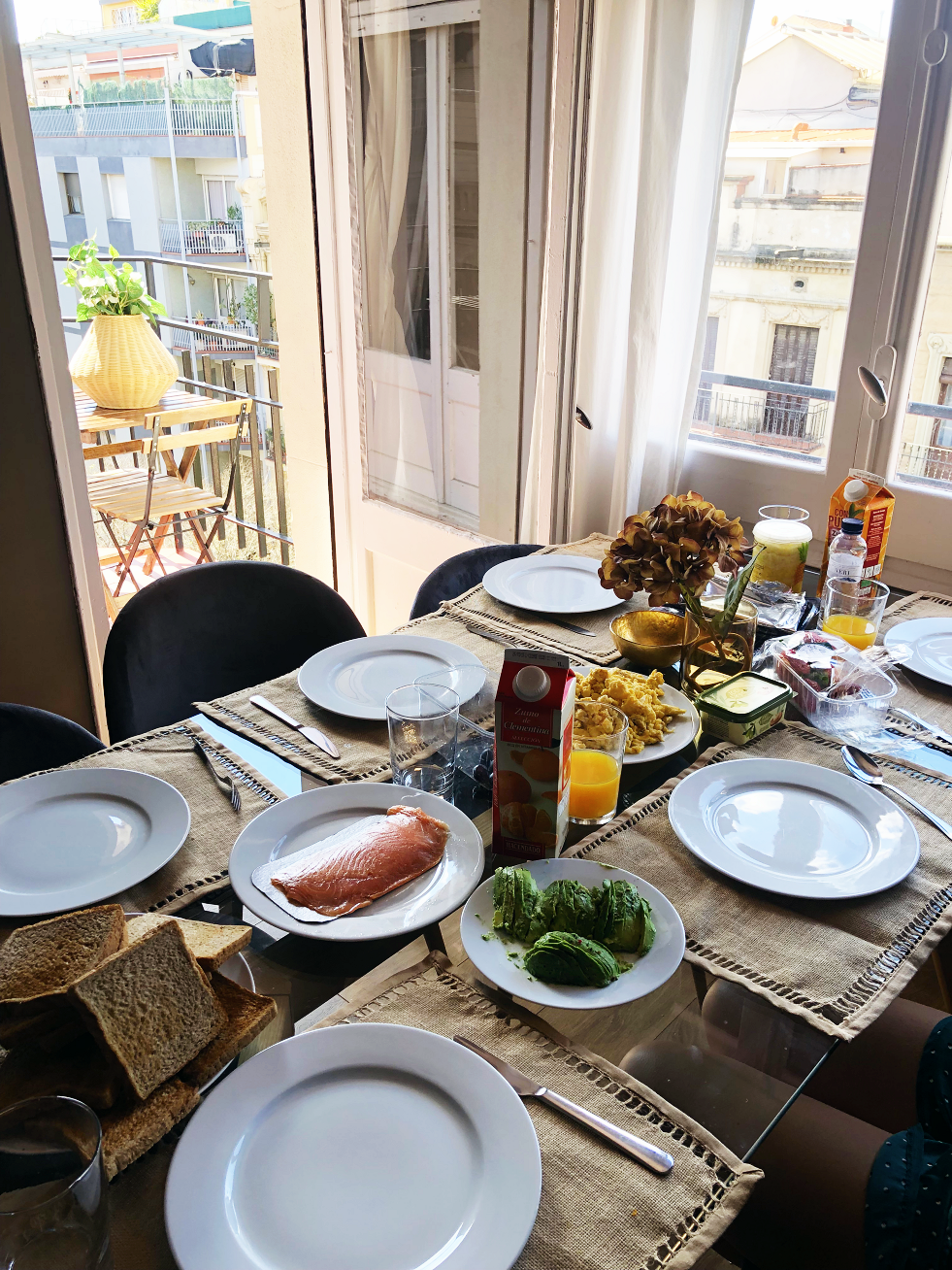 Trip 2 came at the start of April. For one of my oldest friend’s birthdays (I’m talking 13 years of friendship!) a group of around 8 of us girls spent a few days down in Barcelona. I’ve been to Barcelona once before and it is no doubt one of my favourite cities – there’s just so much you can do there. From beaches, to museums, great food, clubs – everything and more. Going back felt like I’d never left. 🙂

After settling down into the cutest and cosiest appartment, again, we did a lot of exploring. But this time we actually explored a few places I didn’t visit during my last trip to Barcelona. One of these was the Gothic Quarter (which, essentially, is just an old/”gothic” looking town), we also wandered around Las Ramblas and the markets and, my favourite monument of the trip – we went to see the Magic Fountain, which I actually didn’t even know existed the last time I was in Barca. We also took a cable car above the city for some really amazing panoramic views – another thing I never would have thought to do before.

As well as exploring, we enjoyed a bit of the nightlife too. We ended up at a club called (I think) Jamboree, which was a good time to say the least ha. We also soaked up all the good, good eating. As I said, I think the food is Barca is pretty fantastic. My favourite restaurant was called Lateral. 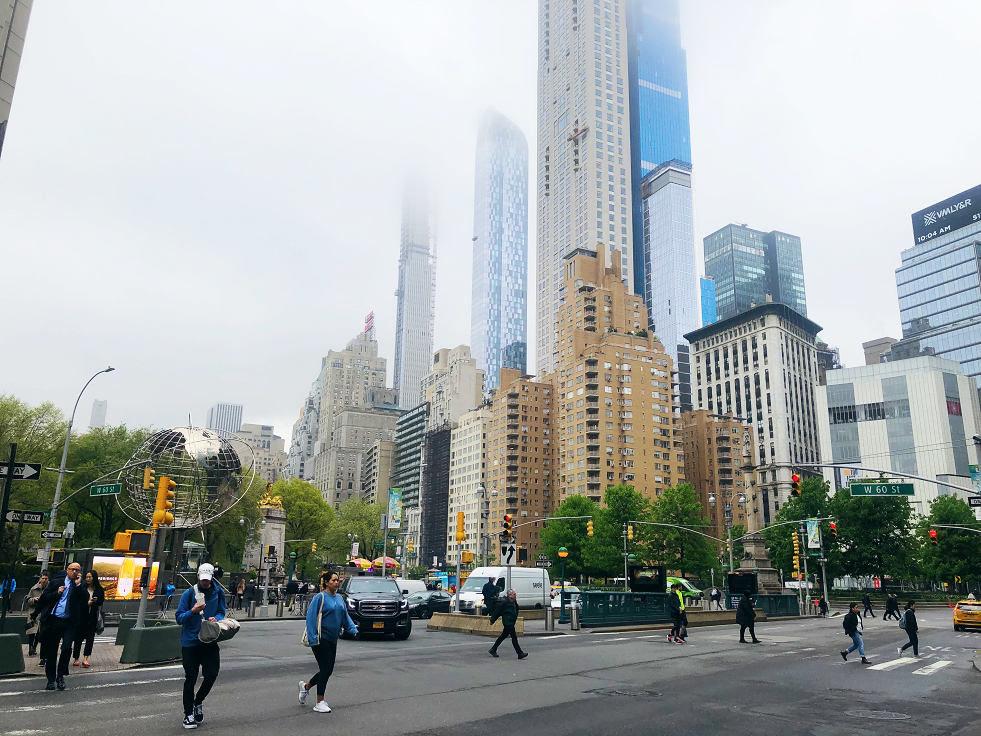 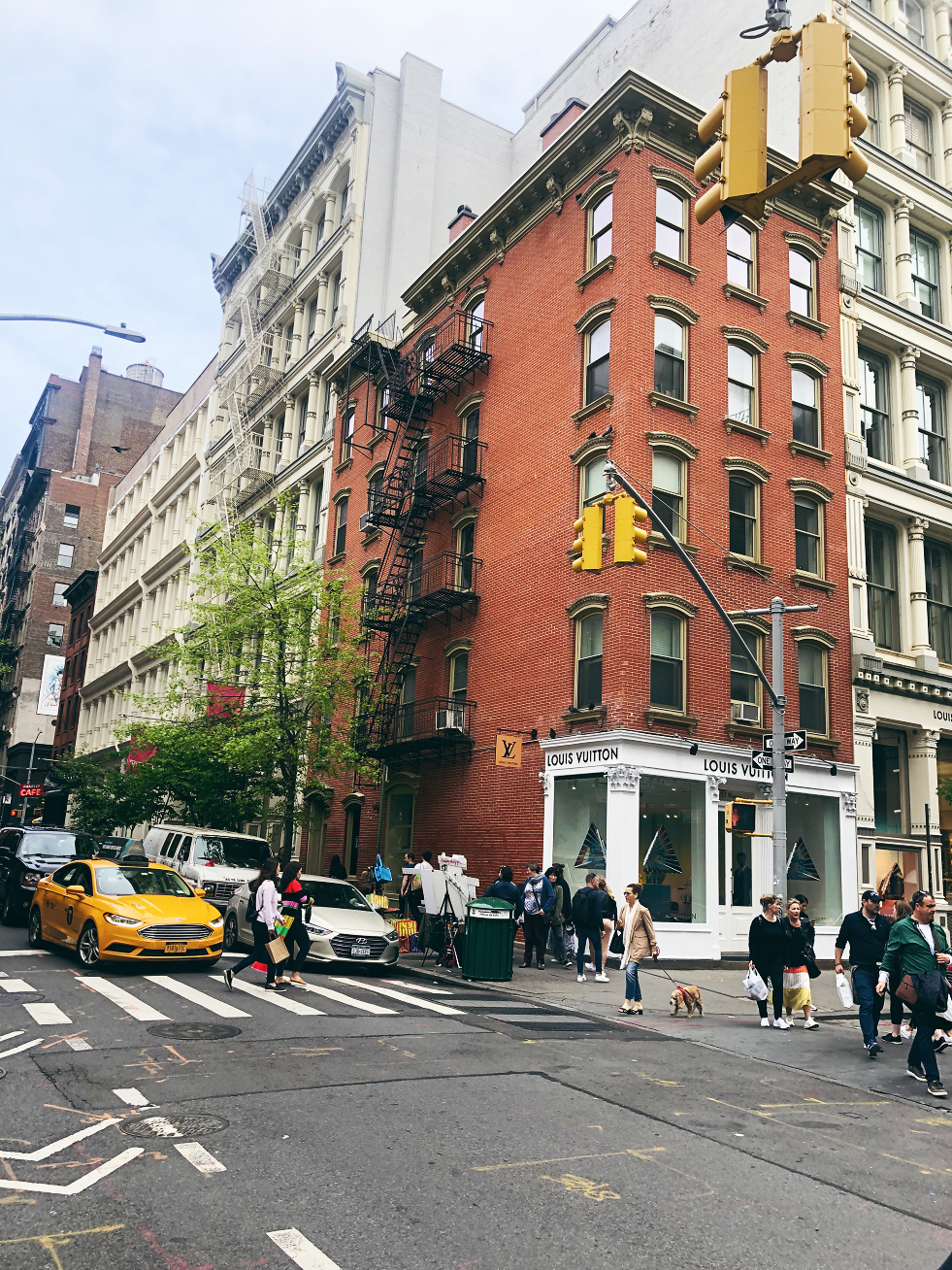 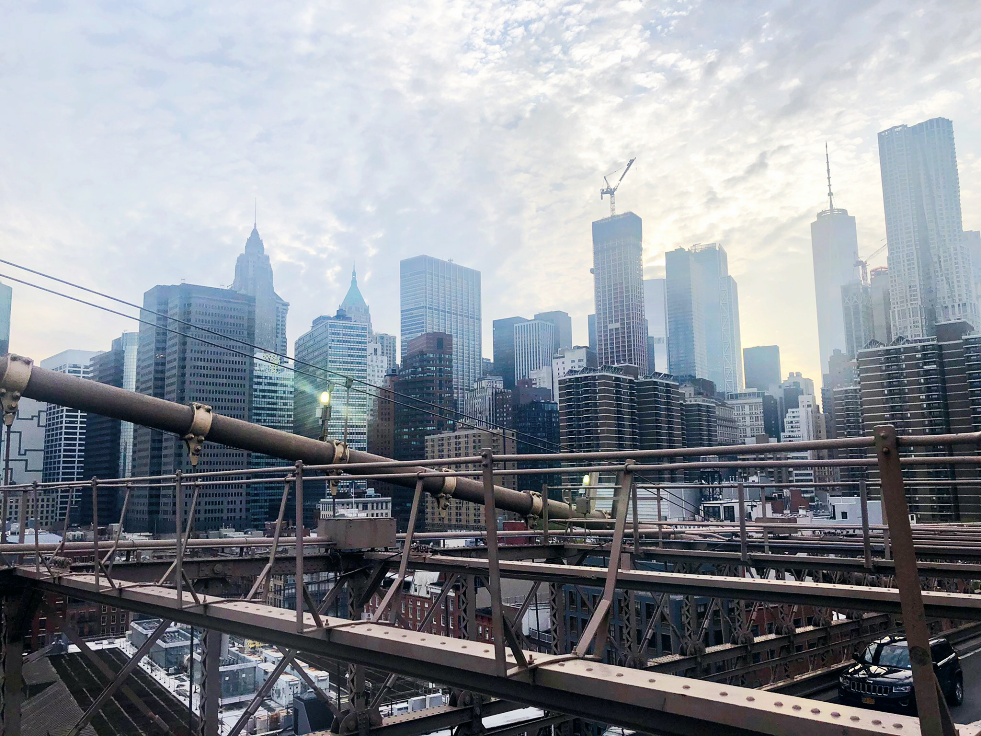 Last but not least – I left Europe for the first time in almost 4 years and took my ass over to the states! This trip was actually half work, half play. Or, let’s call it 30/70. As I’ve just made Associate at work, they send all the new promotes down to our NYC office for a few days for a bit of soft skills/”managerial” type training. Now, if I’m getting sent to NYC, I am 100% going to enjoy that to the fullest. So, I took a few personal days either side of training.

I’ve been to NYC before but I must have been about 12 years old – it was on a dance/drama school trip. I loved it then and I loved it again. I felt right at home in NYC, probably because it’s so similar to London. I just felt right in my element being in that city. Over the first few days a few of us were up in the Upper West Side (so Gossip Girl of us), in the Empire Hotel (actually, if you ever did watch Gossip Girl – Chuck Bass owned this hotel). It was a little far from Times Square where our office was but I’m so used to walking to and from work every day that it wasn’t so much of a change (although, I did once lead my friend on an accidental one hour wander back to the hotel when I got us lost one day, oops…) Outside of training, the entire class did a lot of drinking, bar-ing and clubbing. We went to a club called The Jane and it was such a fun night.

After training, myself and two friends stayed with a friend we know that lives in Chelsea. This is when I really realised I could easily live and work in NYC because although Times Square was pretty conjested and totally full of tourists – Chelsea and its surrounding areas were just cute and quirky. It was actually here that I visited my favourite restaurant I went to (outside of Chick-fil-a…) and that was Fig
& Olive. Aside from that – we had a quite a few debates there around who has better food – London vs. NYC, and I’m afraid I had to vote for London.

Now, if you follow me on social media you’ll know I can’t write about NYC without mentioning the biggest blunder of the trip… my luggage ending up in Shanghai. Yup, literally the other side of the world. My worst travel nightmare has always been that my luggage doesn’t meet me on the other side and for the first time ever, I was living this nightmare. Essentially my bag ended up tagged for another person en route Shanghai and it took 4 days, and constant harassment to Virgin Atlantic, to get it back. How did it even end up there? Well, I can’t say myself and me being totally late to the airport (which is out of character and as much as I hate excuses… wasn’t my fault) didn’t play a part. I can’t say the girl ahead of me checking in her bag also did. And, of course, Virgin Atlantic too. Let’s call it a 40/40/20 share of the responsibility. It’s a long story, but thank God I got it back.

And… that’s it for my major trips of the year so far! The rest have been solely work trips, usually a day or two long and consisting of taxis and back to back meetings. The summer holiday period is soon upon us and although I have nothing booked just yet, a girls trip to Cyprus late August is in discussions and I may also try Italy again for the year’s “baecation”.

Your turn… what have been your favourite places to visit?

What I've Been Reading Lately II