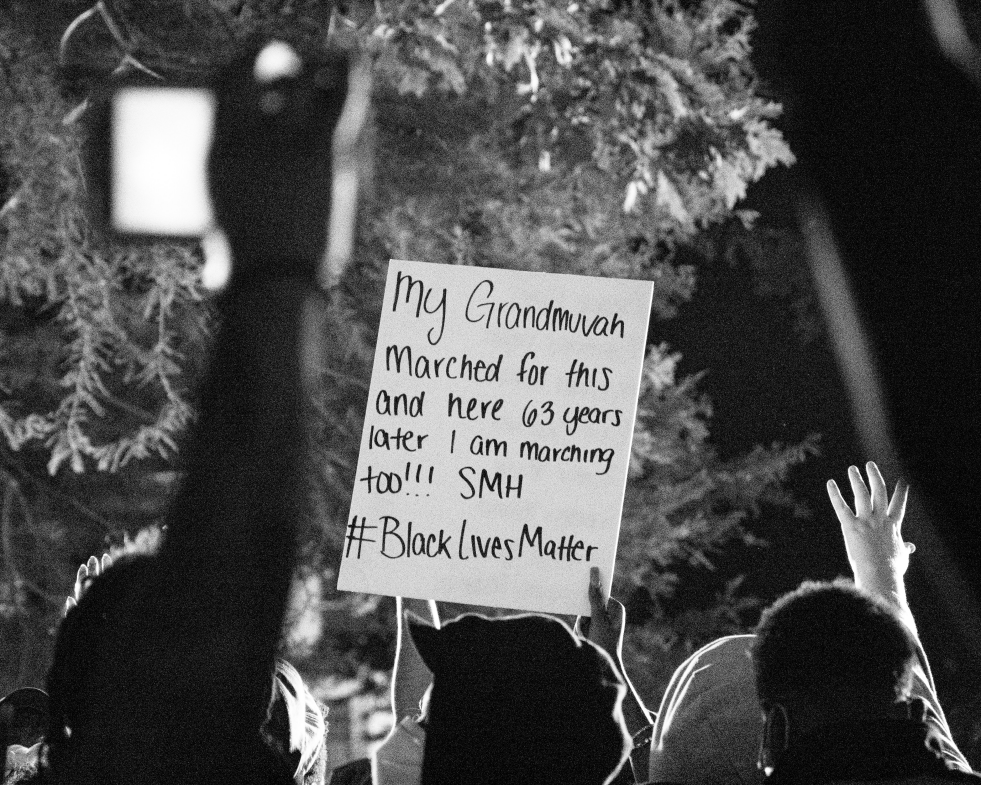 Last week I had intended to write a post all about good working from home practices, but, given the recent events, I decided to postpone this. Today, it didn’t feel right to not come on here to type up my (kinda) weekly blog post without addressing what has been going on on this platform. If you follow me on social media, you’ll also know I’ve also shared many thoughts on Twitter primarily but also my Instagram accounts – today I want to really dig deep inside and write it out on my most open platform, this blog.

And I’ll start with this – racism and police brutality is nothing new. Actually, back in July 2016, I wrote a very similar post to the one what I am writing now, so it’s disheartening to return 4 years later to be saying the exact same thing. This time, the events we have watched unfold have definitely gotten a lot more attention than any other police killing of an unarmed black person that I’ve seen in my lifetime – especially when considering the attention it has also picked up from non-black people. Which is a good thing. The protests across 50 US states and 18 countries worldwide make this the largest civil rights protest of all time. I put a lot of this down to the social media age we’re in now, social media was already a big thing back in 2016 of course, but it continues to grow yearly and very rapidly. This time around, big corporations are also starting to be held to account – people are asking for these big businesses to show their support, and also show the receipts. Yes Brand X you posted your statement – but, how many black employees do you actually even have? PSA: Please don’t scream Black Lives Matter if you do not have black employees, black lecturers, black brand ambassadors, etc, it’s disingenuous and easy to see through.

For me, there were three things that led to me feeling even more fed up than I was when I blogged about this 4 years ago.

The first was the killing of Ahmaud Arbery – a 25 year old African American man. Whilst out on a jog, he stops at a house under construction and had a look around. He’s then followed by two white men who think he’s up to no good (which he wasn’t), and then shot and killed. What most news media outlets don’t tell you is that many other people over the months and even that same day had also had a look around this house under construction – including children and on that very same day as Ahmaud Arbery, a white couple.

Then Amy Cooper came to the forefront. A black man (Christian Cooper) was bird watching in Central Park NY and they had a disagreement around if she could have her dog on a leash. She got annoyed and told him she’s going to call the cops and tell them that an African American man is threatening her (he wasn’t). She of course was aware of how the police treat African Americans. What is particularly haunting about this story is that… a lot us probably know an Amy Cooper and don’t even know they’re an Amy Cooper. She held a senior role at a large asset manager, and Christopher Cooper was a Harvard grad. Myself and many other black people I know graduated from top unis and work in big firms within the Financial or Legal industry. Only God knows how many Amy Coopers have gotten in the way of different opportunities.

Then, there was George Floyd. A simple counterfeit $20 bill, a very petty crime, led to his death. He was handcuffed and repeating that he couldn’t breath, it’s not as if he was not compliant or threatening in any way (which is no excuse to kill an unarmed person anyway), but we basically witnessed murder in broad day light. 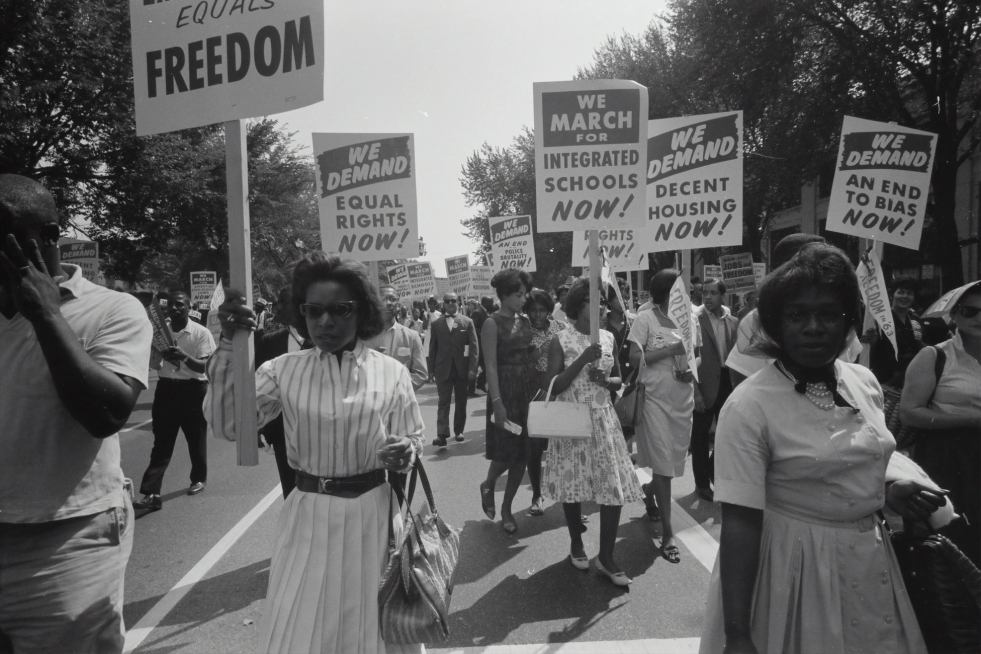 My experiences in the UK

I can tell you, as a black person, that racism is something we all experience very often. I experience racism in some shape or form so frequently, that on a day to day basis it doesn’t even bother me. I just acknowledge said person is racist, therefore stupid, and go on with my life.

This past week, a lot of the racist incidents I’ve experienced in my life have been rewinding in my head. A lot of incidents I hadn’t thought about in many years.

These are a few that spring to mind that I’ve shared on social media:

This is really just me scratching the barrel – I can sit here all day and tell you about the racism I’ve faced. The reason I’m sharing this this is to show that racism is a very regular experience for all black people. No matter where you grew up, no matter who you know.

As much as we like to believe that we have all progressed since the days of MLK and Malcom X; people are very naive to the realities. Racism can be very covert – it doesn’t just have to be unemployed people telling you to “go back home” because you “took their jobs”. It’s a daily, lived experience.

I really do hope that the momentum we’re seeing right now is sustained and that a lot of people address their inherent biases. Of course, a lot of what we’re seeing is clearly for optics (I’m sure some of the people I named above as having been racist to me posted up black squares on Instagram for Blackout Tuesday…), but man, I hope that going forward some people really start addressing of the issues they are campaigning and hash-tagging about on Instagram that they have been guilty of in the past.

So how do we bring about real change? How do we make it such that, in another 5 years, we’re not here protesting the same thing and I’m not here writing this same damn post. It’s a really big question to answer and I certainly don’t have all the answers.

I definitely believe that the justice system needs a HUGE reform. The police is, in theory, meant to make you feel safe and protected but we (black people) all know from a young age that the Fed aren’t really here to protect us. We need more than just someone getting fired and continuing to live his life after murdering an unarmed person – we need real justice to genuinely deter these officers from doing it again. I feel like that whole entire system needs to be pulled apart, and put back together in a totally different way.

For black people, generally, we should be being intentional with our actions to uplift our community. Be that getting involved in youth events, and starting from the youngest in our community, to supporting what has recently been a huge push to buy from black owned businesses – which I think it important. Furthermore – support brands that support you. For example, you know I love me some activewear; one brand I’ve never purchased from is actually Alphalete. Whilst their activewear looks good, and I’m sure it might be good quality, why do they only have one black athlete…? It didn’t need to take the current events for me to decide that would not be a brand seeing even one penny of my hard earned coint unless they fix up… next.

All of us can put our money where our mouths are (if you can). Sign petitions, donate to organisations that support black people. Give some money to the bail-out funds, they’ll be bailing out protesters but also, there is mass incarceration in the US that unjustly targets the black population – a lot of people end up staying in jail just because they can’t post bail, at times for crimes they haven’t even committed. I’ve given some money since recent events and I will also be setting up a monthly direct debit to give to organisations such like this.

Start from where you are. Be that are you unis, or your schools, think of ways you can make a difference. Maybe helping with or leading the recruitment effort to hire more black people; maybe asking your Head of Department why there aren’t any black lecturers? Let’s start from the ground and work our way up.

Finally – understand that this isn’t a trend. This is a real lived experience for many people. You cannot just post your black box on Instagram and not question your own views or actions at all. On a day to day basis, I’m going to start calling people out more. So I’m the prettiest black girl you know? Why can’t I just be a pretty girl – what has my colour got to do with it? You want to know if I live here – why do you assume I don’t, is that because I’m black? Basically, I want to make people feel so uncomfortable that actually start address their biases head on.

Remember – this is a movement not a moment…

I hope I don’t have to write this post for a third time in a few more years – let’s hope for real change this time.

All the Jobs & Side Hustles I've Ever Had