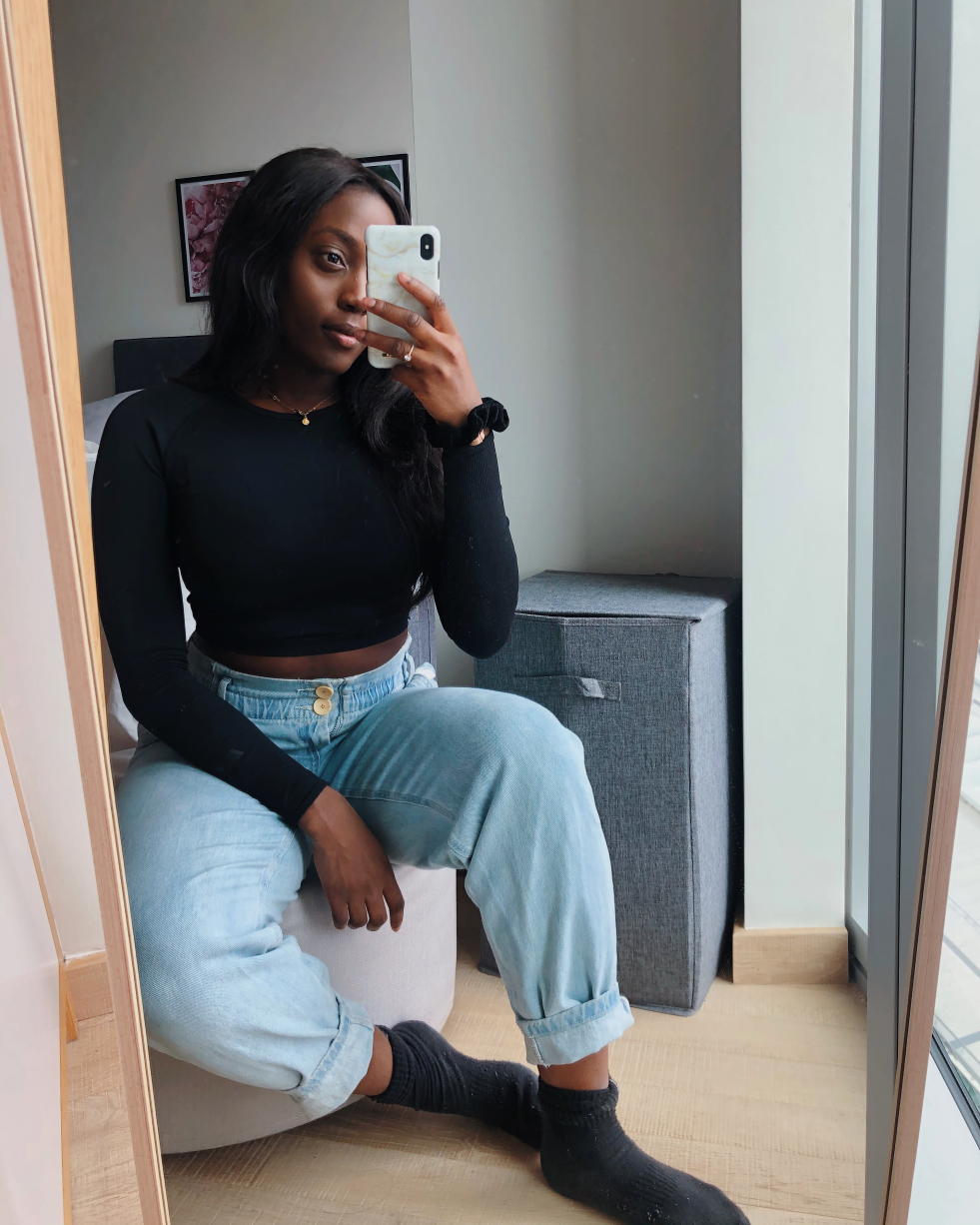 If you’ve been a reader here for a while you’d know that something I struggled with a lot when I was young was shyness and having confidence in myself. I feel as though, unless you are truly an extrovert, most of us lie somewhere on this “shyness” scale. Sometimes you can even see “cracks” in those you may consider to be the most outgoing people in the world.

It was an uphill battle for me for a lot of my childhood. I often felt that being shy and lacking confidence held me back in a number of ways… be it not getting into my school’s dance production because they asked for a freestyle and that totally horrified me; going to a party when I was younger and not having the confidence to truly let go and enjoy myself; or even not putting my hands up to answer a question in class that I definitely knew. Every new school year back in secondary school in particular – I would swear to myself that this time was going to be different. I was going to be unapologetically my most confident and true self. But I often found growing up that I’d be able to keep this persona up for a few weeks at most, then another event would happen that would leave me kicking myself for letting my shyness hold me back.

Honestly, it wasn’t easy. And if you truly grew up shy / lacking in confidence, I know you will be able to read this and really relate. It’s like us that grew up really struggling with shyness are our in our own exclusive club with growing pains that only we can truly understand.

I sometimes wonder what caused me to be so shy from such a young age. As soon as I touched nursery, I was the quiet one. I remember somebody once asking me in nursery if I was a mute – literally. Like most people, once I got to know someone, I could more easily be myself and hence, I can’t say it totally held me back in school from making friends, having a good time, and (once I got a bit older) going to parties and enjoying myself. But it was always climbing over that first hurdle that was truly exhausting. God knows what makes a child < 5 years old a “mute”, but I do know that what was causing shyness the older I got was just me overthinking. Instead of answering the question in class, I would go over the answer again and again in my head until I knew 100% it was right, only then would I put up my hands to give my view and often times, by then it had already been answered. Similarly, when I reached age 14 (is that the age when kids start having parties? I can’t tell you I remember, but whatever the age was that I wasn’t yet drinking), what was stopping me from dancing and chatting to new people was my usual extreme overthinking.

I’m still a major overthinker – I overthink everything. But I’m also a lot older now and dare I say it – wiser. So I’m also very good at considering the big picture and also being realistic, which allows me to turn my brain off from turbo mode a lot quicker than I used to be able to.

As you get older, your confidence will most likely naturally grow. Funnily enough, somebody younger actually asked me recently at what age I felt it was that I started having confidence. I do feel like it is a gradual thing the older we get. My confidence took the most major leaps (1) in uni, particularly in third year after I had to build some thicker skin following and unfortunate turn of events in second year and (2) at work (even gallops), because work is one of those places that will eat you alive if you are too shy. Especially in my line of work where you have to meet clients every day, and in an industry where perception is really one of the biggest pieces to the puzzle of how to succeed, you really have to quickly get over any inhibitions you may have – or if anything, fake it until you make it.

And the older I’ve gotten, the better I’ve gotten at faking it until I make it. Just finding myself in different situations where I know there’s no time for my shell to slowly crack open – the shell needs to be discarded of and thrown away.. ASAP. Even if that means having to hype myself up a bit beforehand.

I also think the older I gotten, another thing that has helped me gain confidence is honestly just a decreasing level of shits given… seriously. The more people I’ve met and the more experiences I’ve had, be it a friendship breakdown, a situationship, family drama, or navigating work politics, the more I’ve realised that there’s so much that I feel is not worth my time these days. I am pretty confident in myself and I am happy with my life, and now that I have this sort of mentality backing me up, it’s really hard to imagine myself back to being the young girl who thought she was the ugly duckling friend and lacked all the confidence in the world.

But, whilst age has been a factor that has gotten me to where I am right now (and by no means would I consider myself a big extrovert these days, but I certainly and not low in confidence in myself and too scared to speak up), you can’t just sit around and wait for “age” to kick in and for the confidence that was missing all your life to suddenly coming ringing at your doorbell, ready to be injected. You also have to be very intentional. Call it self development – there’s nothing wrong with identifying a personality trait you have and deciding it’s something that you need (or rather want) to put work into. It’s actually something I think people generally don’t do enough, and it starts to show the older we get when you start to see how differently people conduct themselves in various situations. Being intentional can be as simple as forcing yourself into uncomfortable situations – maybe you go to an event and strike up a conversation with someone you’ve never met. Maybe you volunteer yourself to give a presentation that you know is going to be absolutely terrifying when you’re sat at the table. It’s only through stepping out of your box that you are able to start to grow outside your box.

Finally, in some instances, I think preparation is key. For example, if I’m giving a presentation or going for a meeting, I will almost have a script of what I’m going to say planned down to the T, but you’ll never know as the way I reel it off will seem quite natural. This gives me 10x more confidence as I already know exactly what I’m going to say. Similarly, say I’m meeting a client for the first time ever for e.g. a coffee (in pre COVID days, anyway), I would never just roll up and hope the words leave my tongue naturally, I know more or less what I’m there to talk about or at least where I’m going to lead or kick off the conversation, even if in the calendar it really did seem like a very casual coffee meet up. Some people are great at winging it but if you’re anything like me – if you fail to prepare, you prepare to fail…

It’s crazy looking back 10 years ago, as I remember feeling like shyness would be something I’d never be able to shake. I’d read a few books about it at the time, but obviously, back then the internet wasn’t what it is now where you can very easily hear real life experiences from, and learn from, other people just like you.

At the same time, if this is something you struggle with, and I know many people do, the final key to the riddle is to just keep pushing. If you keep trudging up that hill, one day you’ll be able to look back and be shocked at the progress you’ve managed to wake.

And with that – here’s to a great week (or what’s left of it anyway, I wrote this post on sunday evening…). September is a super busy one for me always, so let’s see what October brings…

Am I Having Enough Fun?