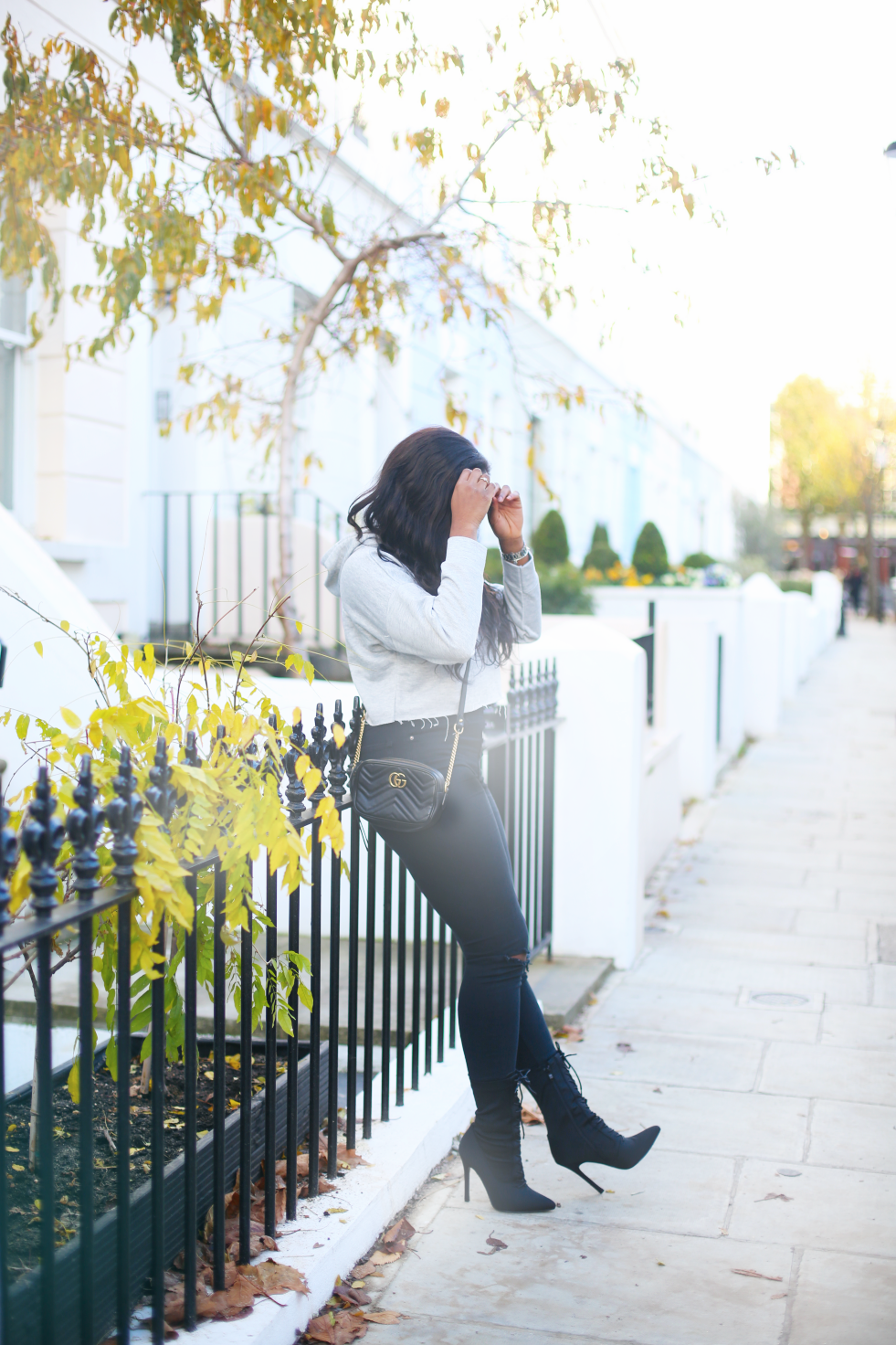 I started writing one of my typical chatty blog posts today that was taking a lot of thought and was having me delving a bit deeper to come up with something that would make people think – but then I decided I really couldn’t be bothered. I’ve had a long week – from Christmas parties, to too much prosecco, late nights, early starts, prepping for meetings, the jingle bell ball and remote weekend work… the list in endless. Things aren’t about to slow down either – tomorrow I fly off to Sweden for two days, we still have meeting materials to prep, and I have two more Christmas parties – I’m already tired and it hasn’t even started yet. It’s safe to say I am stone cold exhausted, and if it was up to me I would’ve spent the entire day sleeping and waking up only to order Deliveroo to my room.

I managed to drag myself to the gym today in 1 degree weather whilst it was snowing and I started complaining to Levi about how hard it is just to live when its dark and cold in the winter. But two things spoke to me today; 1) the writing on the wall at Pure Gym that said “Don’t Think Limits”, and 2) when complaining to Levi he told me that winter is really the “time to grind”, if you can get through it, you can get through a lot more. So midway through my previous blog post, I decided to switch up the subject, and given such a draining week with more pending, talk about what motivates me…

The long term goal…
A lot of people finish uni with a lot of regrets on their plate. They wish they were more social, they wish they had taken more chances, they wish for X, Y and Z. I really don’t have many regrets when it comes to uni and if anything my only regret is chickening out of running for the committee of a society I really wanted to join, and instead running for the committee of a society where there really wasn’t much competition. I regret letting my fear stop me in that situation. But other than that, I can’t say I have many regrets. As quickly as uni went, I was very aware throughout that this was just about to be three years of my life – and then life really starts. So because of that, I was very purposeful in the choices I made and I never quite took my eye off the end in sight. Now – I don’t want to get to age 50 with regrets. Granted, I’m sure I’ll have a few, but I want to limit how many regrets I have as much as possible (if we could get that down to 0, well, that would be fab). So still now, as I write, I am always very purposeful about the choices I make.

The world’s greatest
I have always been a big fan of autobiographies/documentaries about successful people’s lives, I find it to be the best way to into the brains of people that have excelled in their respective crafts. For example, I’m currently reading Richard Branson’s second autobiography and am picking up some very valuable nuggets about how to live your life in a fulfilled way and how to maximise the chances of succeeding in the different things you do. A few weeks back I also watched the Steve Jobs documentary just to get an insight into how he worked and built a company as insanely successful as Apple. There’s so much you can pick up from hearing the stories and advice of the best in the game, and it definitely is able to kick some motivation into me when its missing.

The closest to me
One of the people that motivates me more than anyone is Levi, I’ve mentioned this many times so I definitely won’t blabber on about it again but he may just be the most ambitious person I’ve ever met. He thinks outside the box, he thinks long term and the quote “passionate about life” definitely applies to him. Also my parents; starting over again in a new country isn’t easy but my parents managed to make it work so much so that my brothers and I grew up with a pretty comfortable life. People only see the end result but this was the product of a true grind: lots of studying, lots of applications, planning and time that made everything look so sparkly on the outside once all was done and dusted. Then we can’t forget that I went to LSE – I’ve been thinking recently about writing about what it’s really like to go such a top university. Saying that, I loved my time there, and whilst nothing comes without its negatives, one true positive is some of the people I was surrounded by: it is the home to some real game changers.

My passions
I think it’s really important to develop yourself outside of your 9 to 5, outside of school, outside of uni etc. I’ve always had a side project going on outside of whatever my primary focus was (at the moment I have 2!), and this is something I’ve always found important and something I always rave about whenever people ask me the prime question “how do you balance it all?”. There is more to life than your 9-5, or your school work (and not at all saying that these things aren’t important, as I took/take both very seriously) – and this is important to remember.

Your turn – what motivates you?
Previous Article

Lessons Learned: The Biggest "I Told You So" I've Gotten

The VIP Treatment with Debenhams