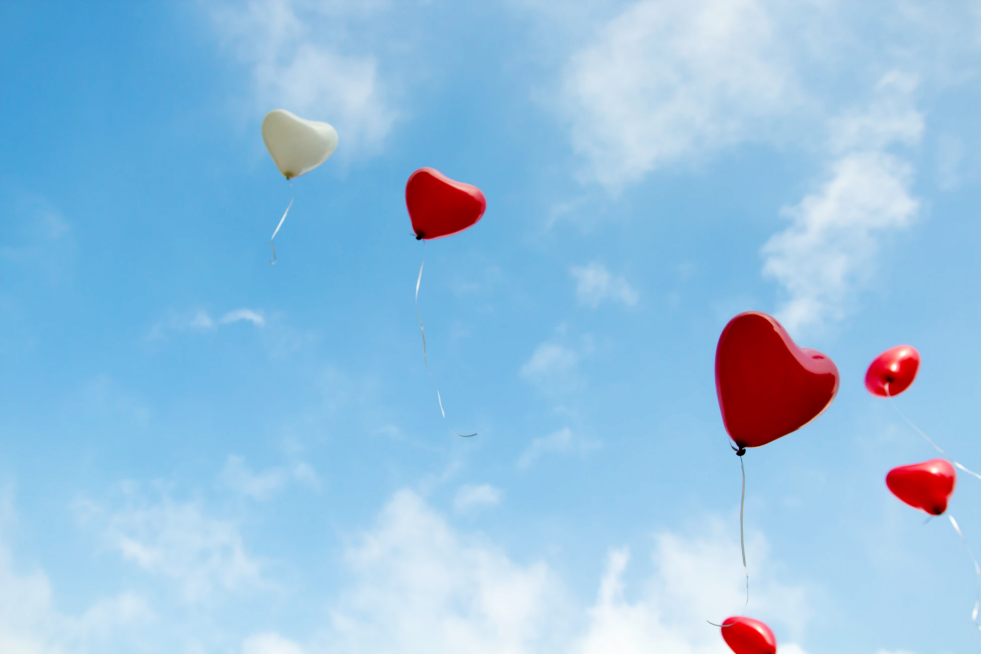 “When are you going to move in together?” – if I had a penny for every time I heard this question pertaining to me and my partner post-graduation…

How I felt about that question was similar to how I would feel about people asking me about marriage and kids right now. Sure – one day… but definitely not any time soon. When I graduated, moving in with my boyfriend was, for many years, so far back in my mind that it would be difficult for me to locate. A few people I knew were moving in with their partners straight out of university, or would go on to move in with their partners soon into a new relationship, which was fine of course, but for me – I wasn’t in a rush. Although the years we had been together were ticking on, in my view, once you lived with your partner it either worked (happily ever after vibes), or, you end up moving out because it didn’t work out (i.e. breakup central).

I was happy living with friends. I had lived with friends throughout university, and now, taking on the big independent world of full-time work, I was set to move in with another friend and colleague that I ended up living with for 4 years. This was the season in my life to enjoy living with friends, I’d think to myself. In the grand scheme of things – you’re likely going to spend majority of your life living with a partner one day anyway, and only a short stint living with friends comparatively (if ever), so I was diving into this stint head on and committing to it.

I’m happy I did. I lived out with friends for about 7 years, and 5.5 of those 7 years I was in a relationship. The only difficultly was that when I did go to visit my partner, or he visited me, it usually meant packing heavy overnight bags filled with laptops, makeup bags, and more (that seriously pained my shoulder having to haul around). It also meant having to be more mindful of simple things like toothbrushes and body washes, and make sure I had a good stock of clothes in both locations, in order to keep me sufficiently covered. But, those were very minor growing pains. The flipside was that we enjoyed a good amount of independent time apart still and it didn’t feel like I was rushing ahead of myself and into a premature cycle of “adulting” that I’d rather close my eyes and ignore whilst I could. This was just my personal take.

Time moved on. I entered my mid 20s, and naturally I started to feel as though I was getting past the “living with friends” stage. It’s something I could have easily done for another 5 years; but also, the prospect of living in an apartment whereby I could start to care about décor for the first time, or not have everything down to milk, onions and toilet tissue separately designated, slowly started enter my peripheral vision. Whilst the thought emerged to an accessible point in my mind, the decision came to the forefront very quickly when my partner’s old flatmate was getting married and off to start a new chapter living with his wife. With my partner suddenly due to be flatmate-less, and us now many years older than we were post university, and many more years deep into our relationship now – suddenly, it felt like it was the right time to move in together.

The next step was breaking it both to my old flatmate and my parents – which absolutely terrified me (especially the latter). Then it was realising that yes – this is actually happening – that part took me a week to be able to think about without getting really nervous and slightly hyperventilating (whenever my life progresses to a new stage of “adulting”, it makes me extremely nervous).

Finally came the fun part – finding a new apartment. We really had our eyes set on only one apartment complex, and I remember after a viewing telling my partner that by force we were going to “manifest” this apartment complex into our lives. It’s the only apartment complex where we went to any viewings – we viewed probably up to 8 apartments within the complex and settled on 23rd floor beauty with an office space, beaurriful kitchen and other perks, that looks out to the city and the Wharf; we also managed to get it at a discounted price due to the pandemic, and locked it in for 2 years.

It’s almost a year later now which feels crazy! I’m so used to this place now that sometimes I have to remind myself that I managed to bag what was my “dream apartment” and not take it for granted.

The experience of living with my partner itself has been smoother than smooth, and I’m definitely happy I waited until I was older to make the move as I do feel as though there’s a certain level of maturity needed to live with a partner, and this is not a level of maturity I had in me as a grad fresh out of university.

Living with a partner – if it does go well – is at times like living with a teammate. Whoever makes dinner cooks it for both, and regardless of who nips to the shop and picks up anything needed for the flat, be it a packet of grapes, some cereal or all-purpose wipes – these are for the flat, available for all to use and nobody is keeping tabs on who bought it. In many ways, you can be more unapologetic living with a partner (or your family) than you can probably be living with friends. I’ve also been able to dip my toes into interior design for the first time when it came to decorating this place, which is something I really enjoyed.

In many cultures and religions (including even my culture in a way), moving in with your partner is not something you even think about doing outside of a marriage. However, the rhetoric that wins in the Western world (where I have been born and raised) is that you can’t marry someone without experiencing what it’s like to live with them. Whilst I chose to move in with my partner, I don’t necessarily think it’s a pre-marriage-necessity. Perhaps I’m bias due to the smooth experience I’ve had, but I do feel as though you can gage what it would be like to live with someone without moving in with them full time; naturally when in a relationship you will spend a lot of time together and start to pick up on many of your partner’s living habits (including those that could irk you). My boyfriend and I spent several weekends and weekdays together for 5.5 years before we moved in together, so we already anticipated what habits the other had and we’ve had nothing really new spring up and slap us in the face over the past year. But hey, I would love to hear if your experience has been any different than mine.

After years of having the notion of living with a partner so far down my list, what I can say is that, without a doubt, it’s one of those things that’ll feel just about right when the timing is right. I know that when it comes to doing more “adulting” type things as I get older, I will always be able to know in my gut if the timing is right.

Am I Having Enough Fun?