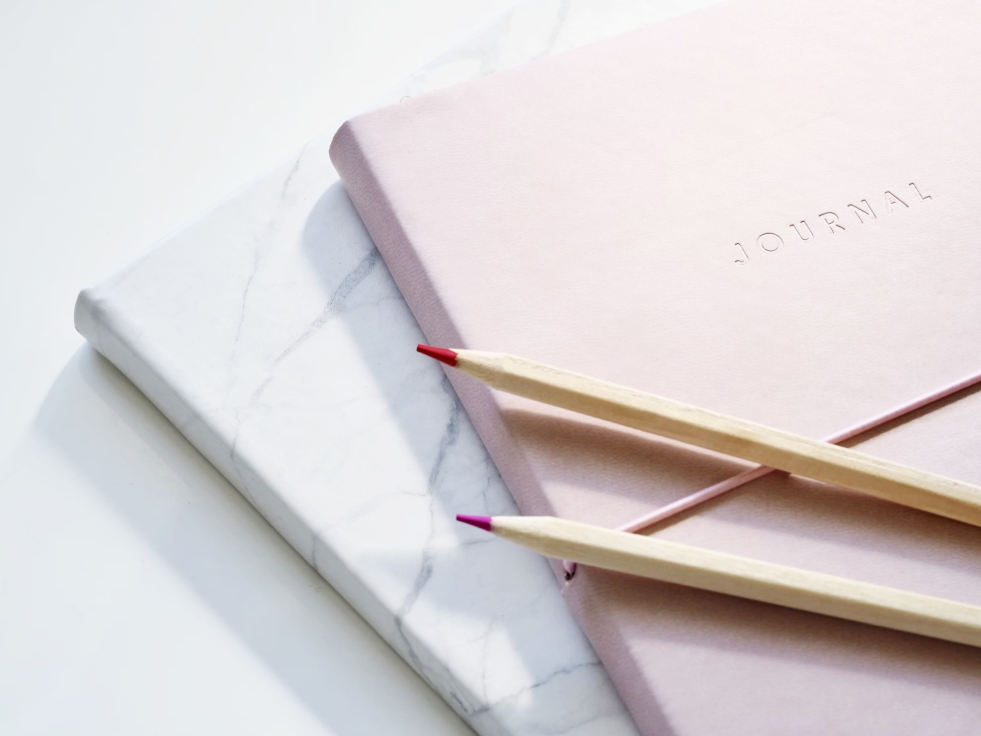 The first thing I ever wanted to be was a writer – I’ve only mentioned that here about 100 times.

I put my biro to paper when I was five years old and wrote my first book; a few folded up plain white papers, some illustrations for effect, and a short story that was probably about school. I loved writing more than anything and by the time I was 15, 10 pages of scribbles had transformed into 150+ page novels typed up on Microsoft Word. It was actually when I was 15 that I wrote my last story – time started to dwindle as life got busier and honestly… I just ran out of ideas. I was never opposed to writing again, but I spent too many years waiting for some inspiration to hit me that quite frankly… never did. This blog filled the void of writing stories for many years now, as far as I was concerned I was still a writer, just in another form. Writing a book one day is still something I intend to do…

I loved 2 other things growing up. One was all things web-design, website making and blogging; as you can see, that one stuck. I also loved acting. Printing out scripts, practicing them in my bedroom, and having a go playing all of the characters – that was fun for pre-teen/early-teen Kemi. I also spent a lot of time doing theatre shows when I was younger, and an equally good amount of time practicing my Oscar winning speech for “one day” down the line…

I decided I was over acting following the unglamorous experience of studying GCSE drama. I packaged this dream up and placed it away, it was certainly for a time/season in my life.

I grew up very creative, and still feel that I am. But I also had another side to myself – I was very studious. I went to a grammar school, won awards for high grades, and would strive for nothing less than at least an A in every exam. I cried when I got my 2.1 result at university because it wasn’t a 1st. When I didn’t see a single A* on my A Level results slip, it felt like my heart had collapsed. That said – I never really knew what to do with this more studious side to myself other than write some good exams. When I thought about my future, it struggled to fit myself into the world of a corporate job. I didn’t feel like I had a passion for anything… I didn’t know what I wanted to do. Thinking about a future that didn’t involve the aforementioned acting, writing and website-making knotted my stomach when I was younger, to the point where I didn’t even want to entertain the thought for too long.

Thus, when it came to picking what I wanted to do at university – I needed a steer… because I quite honestly didn’t really care. Tell me what exam I’ll be doing and I’ll study hard. But if you’re asking me to pick a subject that will direct a significant part of my life? Meh…

I went on to study at the LSE – I picked Accounting & Finance in the end because it was recommended to me, I was good with numbers but the course also offered a lot of variety which was perfect given how indecisive I was (I managed to mix Philosophy, Stats, Economics, Maths and even International Relations into my Accounting & Finance degree). One thing that was undeniable is that LSE is/was a university full to the brink of career obsessed youths. In a way that’s good, it gets your head in the game way earlier than graduating after 3 years and then beginning the job hunt. However – it was a lot of pressure too. The whispers about internships started after week 1 of university, with everyone tallying up how many applications they had already submitted. After a few weeks of racking up a total number of zero apps to my own tally – myself and a friend went to the library and started to think for the first time about all things… career. Corporate career.

I followed the instruction manual that had been laid out for me. I joined organisations such as Rare and SEO that are built to help students from underrepresented backgrounds stand a better chance of getting into STEM careers. Through these organisations, I started getting myself to networking events, and finally started writing and sending some spring week internship applications with the help of both Rare/SEO and also my university’s career hub. I decided by then that I would apply to investment banks, and the top 3 strategy consultancies. They sounded the most interesting in the list of LSE-acceptable careers. I’ll admit – I was super lucky because the first spring week app I sent off… I secured. After I got that, I threw all other apps in the bin, I didn’t care to have 10 spring weeks on my CV, the one was enough. I did that internship in the spring of 2014 and following the internship, they fast tracked me to interview for their longer and more integral summer internship.

Now – I was on the investment banking train. It’s one that if you get on, and it all goes well, it can smoothly deliver you to the finish line of the oh so coveted graduate job.

I split the summer of 2014 between working part time, going out, blogging and studying for the pending interview. When the interview finally came in September of that year, it felt like the most important day of my life. I remember standing at the train station that morning feeling as though I could throw up from the nerves.

That said, as I blissfully awaited my rejection, I had been fast tracked to a final-round assessment centre by SEO at a different investment bank. This one came in too last minute for me to even be nervous, and I had such a nice chat with my final accessor that until this day I’m sure it was him that recommended me for that summer internship. That 9 week internship took place in the summer of 2015, and I walked out with the offer for a full time grad role. Of course I had to perform in the interviews/internship, but I do appreciate that a lot of pieces really fell together perfectly for me throughout the application processes, I was very lucky that I didn’t have to deal with a ton of rejection.

I ended up working for 5 years in that investment bank. It’s crazy because I certainly had not imagined when I first sat at my desk in late 2016 that I’d be doing that day in and out at the same firm for another 5 years. Where did I expect to end up? I guess just… somewhere else. Trying something new because, why not? However, as time went on, and my role transformed, I started to feel good where I was. It was good. A good role, with good compensation, that I really could feel challenging me and forcing me to grow and learn in so many ways. It also didn’t have me working all hours of the day and nights and over the weekends which a lot of investment banking jobs do, which meant I could still work on many other projects that kept my creative juices flowing outside of work. It was side-hustling before the term became overexposed.

I left that investment bank and my first career job this summer. I stayed in the same industry, but moved over to another bank. I probably will have a bit more to say on this in my end of year wrap up (within reason because… it’s not your whole life that needs to be exposed) – BUT, I wasn’t actually even looking to leave, I just got a really good offer elsewhere. Leaving a firm I’d spent 5 years getting familiar with / building up good relationships in was harder than I would have first thought, but deep down I knew it would be a worthwhile risk so… I took it.

So where does this all leave me now? 5-years deep into my post-uni attempt at navigating the adult world.

Well, I’ve now been working in an investment banking role for 5 years (doesn’t time fly… do I have any wrinkles yet?) In my hours outside of work – I blog, I’m building Soulful Kitchen and… I’m writing a fiction book again. 🎉 For the latter – I decided it was about time for me to bring what I started at age 5 to a nice conclusion (more on this in my end of year wrap up post)!

I’ve been very blessed through every step of my journey so far and without a doubt, super lucky. However, I’ve also been malleable and (almost) always open to new challenges, be that in or out of the office. As they say – we only regret the changes we don’t take.

I’m excited to see where the next 5 years leads me.

How has your career journey been so far?
Previous Article