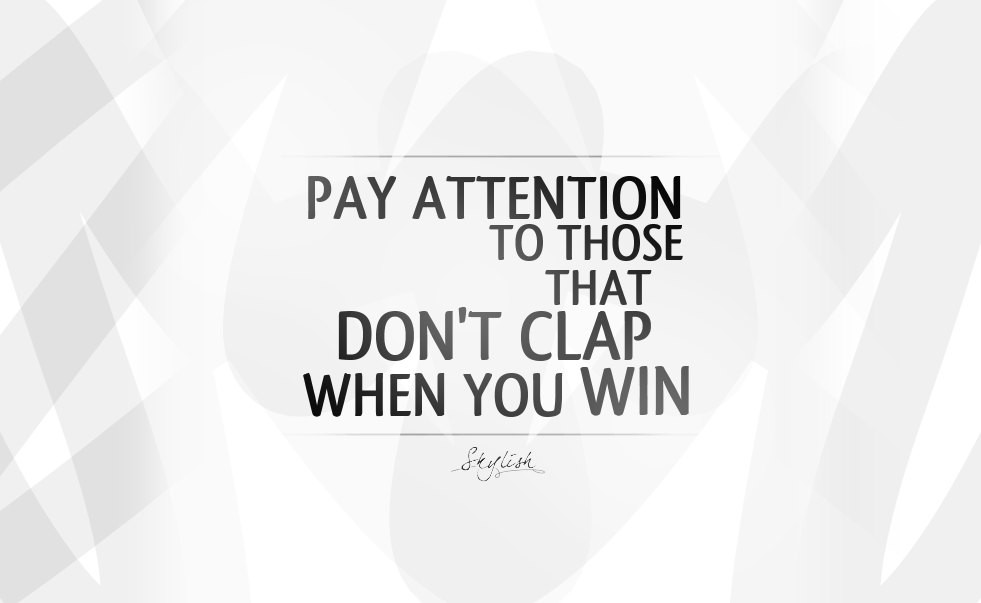 I spend so much time every day thinking about what new things I want to do on my blog, and how I’m going to make it better. Not too long ago I introduced a self-development feature to my blog, my obsession with trying to be the ‘best version’ of myself is something that really grew in 2015, and something that I wanted to share. However, it was a bit restrictive… there’s so much stuff I want to talk about every day and so many more personal posts I want to publish here, that didn’t always fall under the heading of ‘self development’, so I’ve decided to transform that section into a general advice section, and I’m really excited to start writing down the many thoughts I have on numerous situations, that are only ever heard by people ready to listen to me blubber…

I’ve always, at least until recently, been a pretty open in terms of who I trust. I’ve never really wanted to believe that anyone that’s part of my life has wanted anything but good things for me, or that anyone who I can even call an acquaintance can be detrimental to me, not until I started university at least. I’ve learned that sometimes even the closest people to you can truly be toxic. I define a toxic person as someone that is actually making you and your life worse off, than better off. Naturally, as I assume happens to most people when they get older, I’m a bit more skeptical now. Not necessarily about who I let into my life, but who I decide to trust. I’ve had friends, and have been seeing boys, who I’ve eventually come to realise were toxic in my life, so I’d like to think I know a little bit now about how exactly to spot these people if they are in your life.

1. They’re not there for you during the good times
This quote probably sounds a bit weird, because all we’re ever reading about is identifying who in your life is there for you during bad times, and of course, that is very important. But, let me introduce to you to the term – enemies of progress – people that just don’t want to see you do well. I’ve met a couple of these types of people in my life, I’ve even once been seeing someone who was an enemy of progress through and through. Me and this guy were both interested in the same industry, and applying for the same roles at the same firms, but whilst I was seeing some success with that and he wasn’t, he was never happy for me. Certain people will be there in a second if you tell them you’re sad and that something has messed up, but when you tell them about something amazing that has happened to you, they really won’t care, or at least – will pretend that they don’t. Some people, when you bring up good things in your life, will respond only with tribulations in theirs [tweet this?]. You want to surround yourself with people that want to celebrate with you when something good happens that you want to share, you don’t want to surround yourself with toxic, or even jealous people that would be happier if the world turned upside down for you and they could lend their shoulder to cry on.

2. They try and put you down in sly ways
This label fits well for manipulative people. Personally, I couldn’t put someone down with a smile on my face and act as though I’ve not done anything wrong. I once knew someone that could put down my career choice, my lifestyle and my relationship, all with a smile on their face and a confusing sweet voice. I would always be so baffled when this happened, and come up with excuses of what exactly was happening in my head. I always want to see the best side of people, so I’d try and justify their comments by telling myself that they didn’t realise what they were saying was rude. Whilst that may be true at times, sometimes people don’t need that benefit of the doubt. At the end of the day, people often know if what they’re saying can be hurtful, whether or not they say it with a smile on their faces.

3. They cause you more stress than happiness
This is often an attribute of a relationship that probably needs to end. If your partner causes you more pain and sadness than happiness, then that’s usually a sign that something is wrong. Every boy I’ve ever been involved with before my current boyfriend (not many, to be fair), would cause me more stress, tears and sadness than happiness. When we like someone it’s easy for us to want to remember the good times, and use that as justification for wanting to stay with them, but it’s important to remove our bias and remember that, although there will be bad times in any relationship, the happy times should outweigh this. It’s the same with friends, some friends can cause so much stress that the only good times you can remember with them may have been years in the past, I’ve definitely experienced this. At the end of the day, sometimes things come to an end, be it relationships and friendships, and this is usually a sign that something is running its course.

Unfortunately, in this world, you really can’t trust everyone. Even what we know about history is skewed and what is taught has been decided by just a few powerful people. The realest people you will ever have to you are your family members, that want great things for you maybe even more than they want great things for themselves. Of course that’s not to say that everyone outside your family is evil, I really do have some amazing people in my life, it’s just about knowing who could be detrimental, and who won’t be.

Have you ever had a toxic person in your life? If so, what did you do about this?
Previous Article