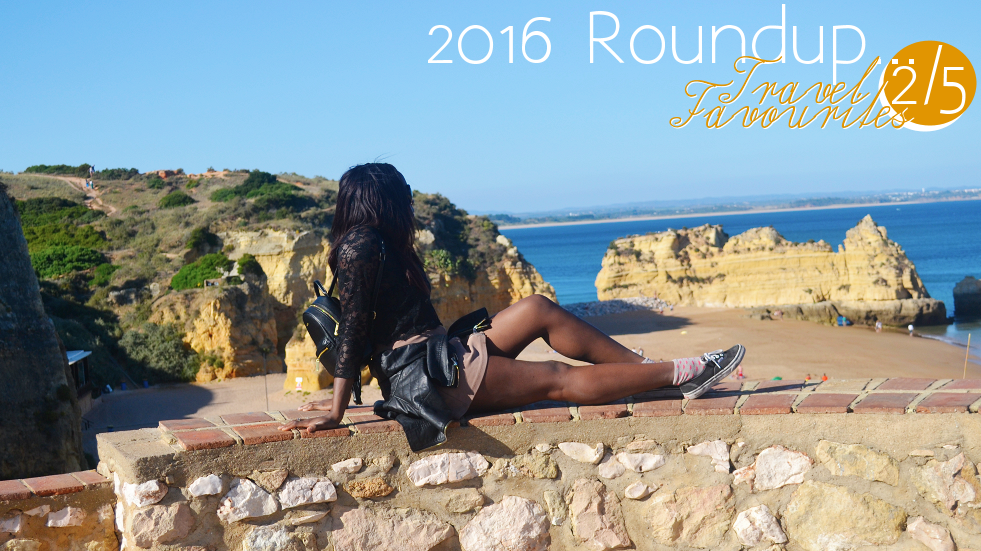 In 2015, I set myself a goal to leave the country at least 3-4 times in 2016 – and that is exactly what I did down to the very last T. Following on from a Rome trip in November 2015, 2016 was quiet until the summer where I maxed out my internship money on a trip to Portugal, followed by Miami, followed by Malta. Finally, this December, I flew out to Stockholm with work. Next year, I’ve got Geneva booked for Feb, and my mum also wants to do a family summer trip to Florida, I want to do a holiday with my boyfriend, and I’m also planning a weekend getaway at some point with my old flatmate. A weekend break with my boyfriend for our three year anniversary is also on the cards. So let’s hope that next year, I have a lot more travel stories to share. As you know I’m rounding up 2016 and blogging 5 times over 5 days, so keep reading to learn a bit about my 2016 travel favourites… 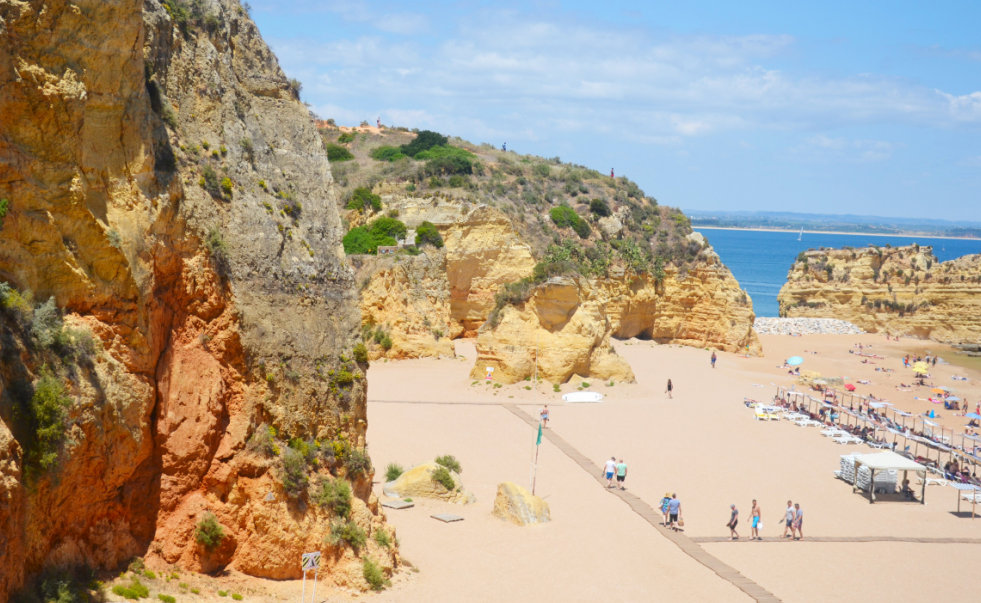 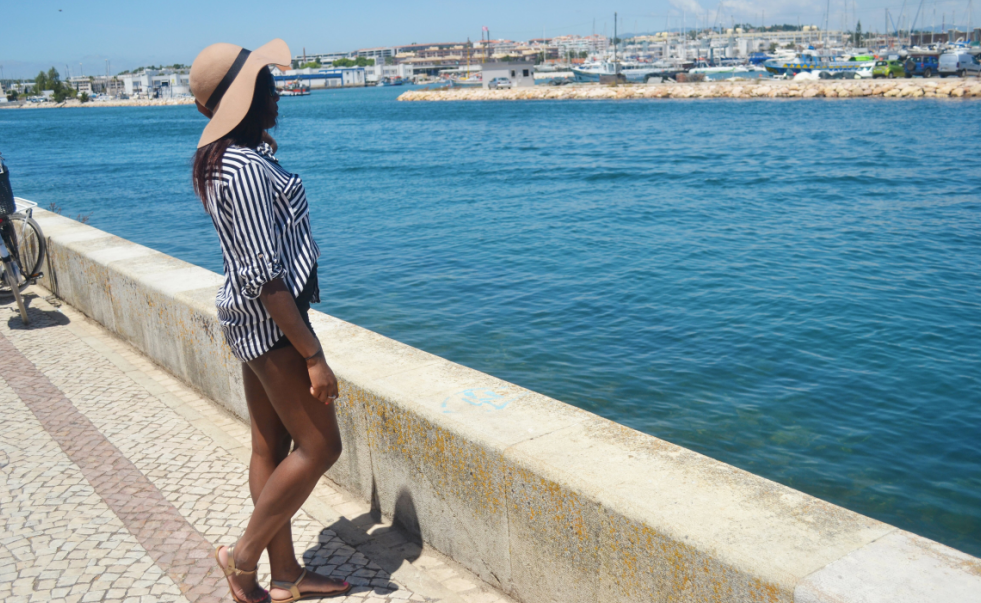 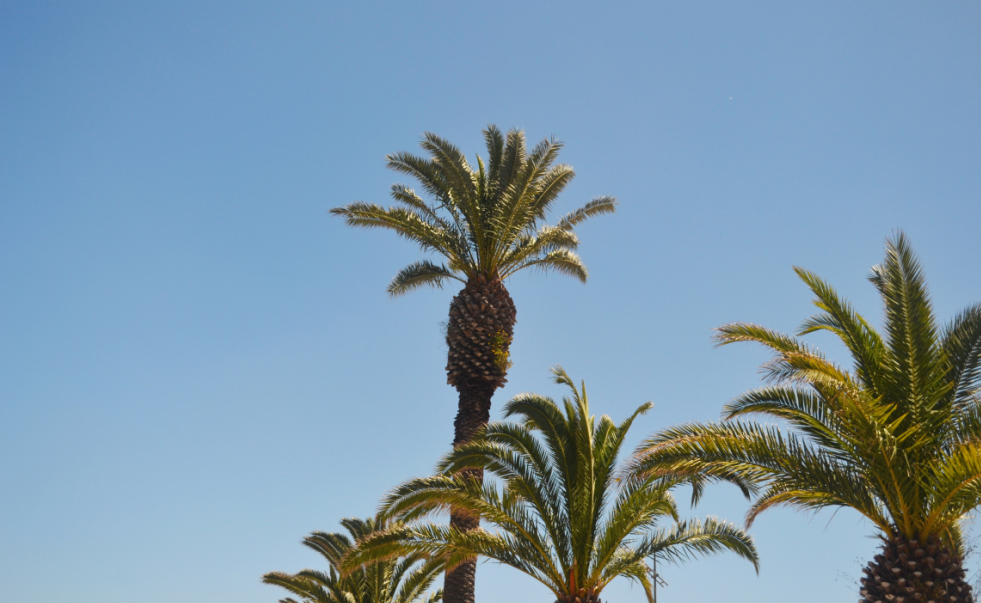 My boyfriend and I were leaning heavily towards Barcelona for our summer holiday for the longest time (can you believe I’m British and I’ve never been to Spain!) However, last minute, the idea of going to Portugal popped up into our heads. After a bit of searching and a bit of talking to people that have been, we finally settled on flying off to the Algarve, in particular Lagos, where they’re said to have the nicest beaches in Portugal. We went the day after my last exam, in fact on my last exam we went out to a club – did not sleep – then jumped on the Heathrow express. The holiday was literally a dream – so relaxing, such nice people, perfect accommodation and a perfect location. I’d definitely recommend it to anyone! For our next holiday we’re leaning a bit towards Greece (Mykonos to be exact), so if you stick around over 2017, you can see where we end up. 😉 Click the link above to read a full post all about our trip to Portugal. 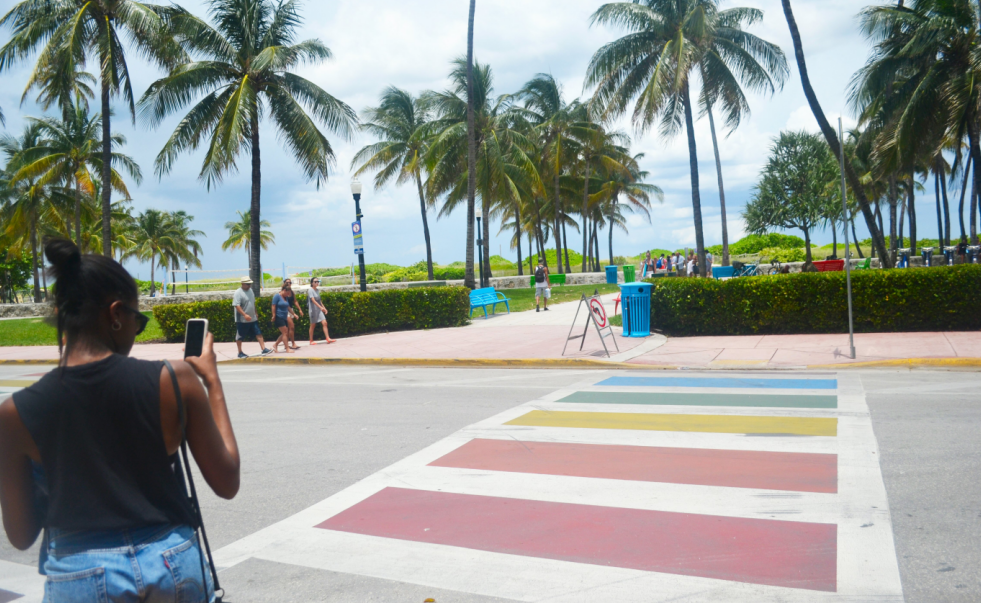 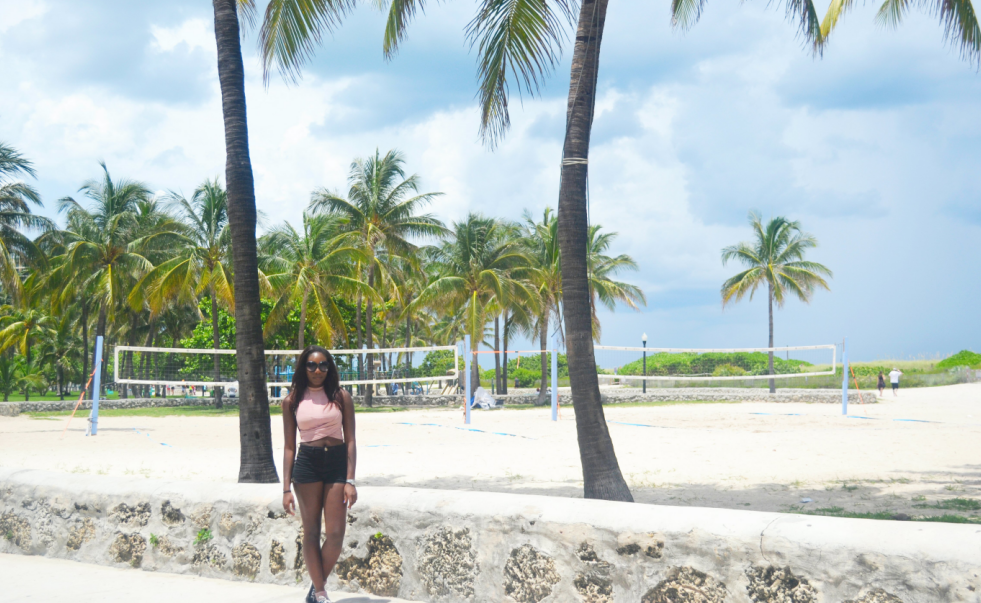 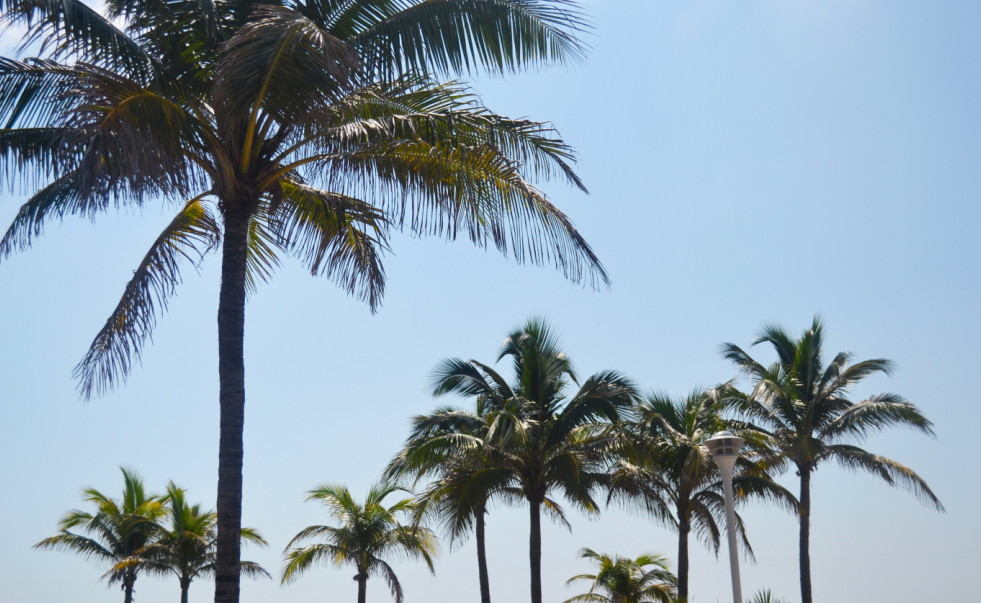 Pretty much two days after returning from Portugal, I hopped on a 10 hour flight to the States. I had a friend that was travelling across North America and also to Cuba, so I chose to join her on the Miami leg of her trip along with my current flatmate. The weather was good, the vibes were good, the food was banging, and the accomodation was on point (and cheap). But unforunately, we arrived to news of the shooting in the Florida club over the summer. Naturally, that can take you from wanting to get absolutely turned up in Maimi, Florida, to being very, very content with taking it easy. So take it easy we did, even the nights out we had were far from special. Basically, one day I want to go back and do Miami the right way. It’s a must. 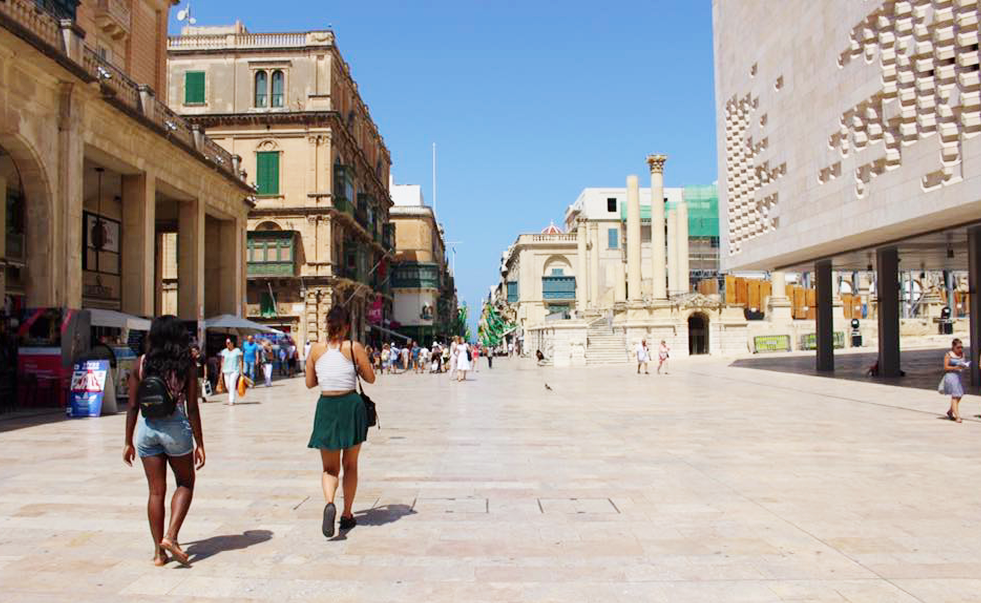 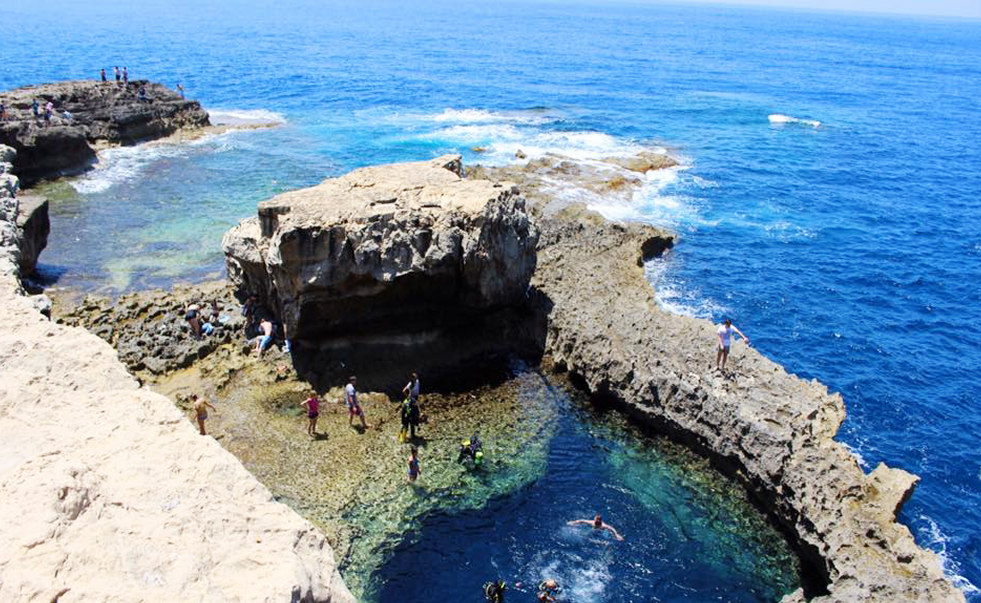 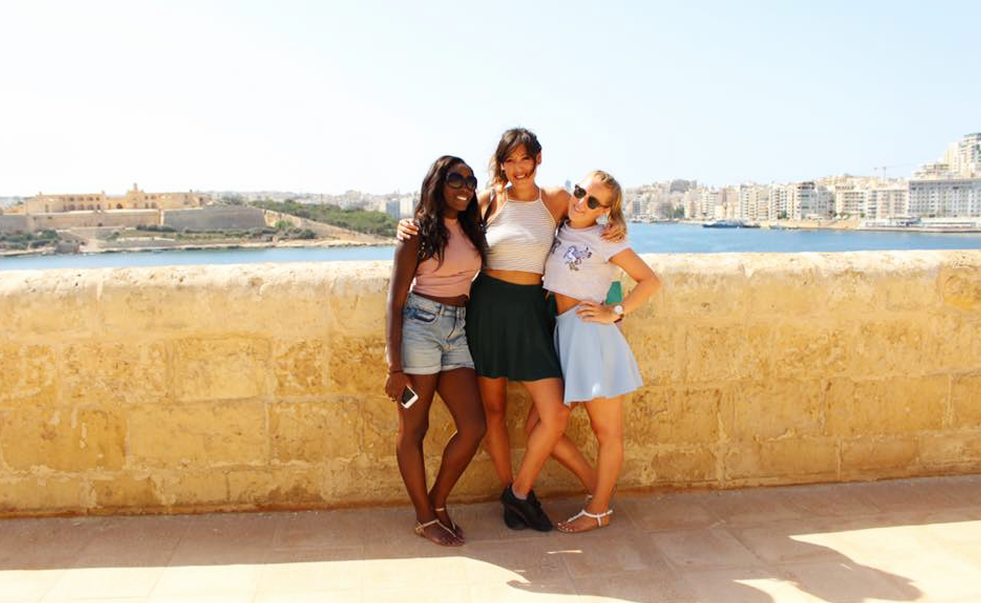 My first girls holiday was in year 13, the very standard holiday that’s in between the end of school and the start of uni. We went to Marmaris, Turkey, and pretty much went out every single night without fail. With the (almost) completely identical group, our next girls holiday was two years later in Cyprus, where we went to visit a friend that now lives out there. We couldn’t quite do our every night turn up like old times, but still had a great time. This year, we took to Malta. Malta is a tinsy, tiny Island nearby Italy, you can probably drive around the whole Island in just a few hours – that’s how small it is. A holiday with my girls is always a good time, so it’s a no brainer that I enjoyed it. I hope that the future permits me enough free time to eventually do another girls holiday with them again!

Stockholm was such a short trip that there was no point putting it into a blog post, but it definitely gave me a taste of the good life (with good plane seats and a 5* hotel!). At work, my team generally travels at least once every two weeks (it’s a lot), we cover Nordic and Dutch clients so they tend to be out a lot for client events, client meetings, etc (eventually this will also be me, the longer I’ve worked). So for them, flying out to Sweden was nothing, whereas I found it incredibly exciting. We flew out for year-end client meetings but also for a Christmas party my team hosts every year for our clients. Everything is timed down to a tee so it generally involved a bit of rushing around, and not much time to appreciate the city (after all, we were there for business), but on the second day there our final meeting was cancelled which left a good hour and so for me to explore. I’m looking forward to Nordic and Dutch countries one day becoming places that I visit often, I’m most excited to travel to Iceland.

When I was young, my family would do one major holiday each year (and my parents would invest a lot of giving us great experiences, my best memory is from a family trip to Florida where we visited all the Disney worlds and stayed out in our own villa with a pool for two weeks), so although 4 trips isn’t huge, it’s 4x more than what I was used to growing up, so I feel very blessed to have all of these experiences. I’ve now been to 11 different countries, quite a few of these multiple times for different cities, but there are so many places I want to visit over the next few years (including Dubai, Grenada, Hong Kong), so I can’t wait to increase 4 in a year, to 5, to more, as the years go on. And one day, I promise you, I will do some kind of sabbatical and drag my boyfriend with me all over the world. Yep.

What places have you visited this year?