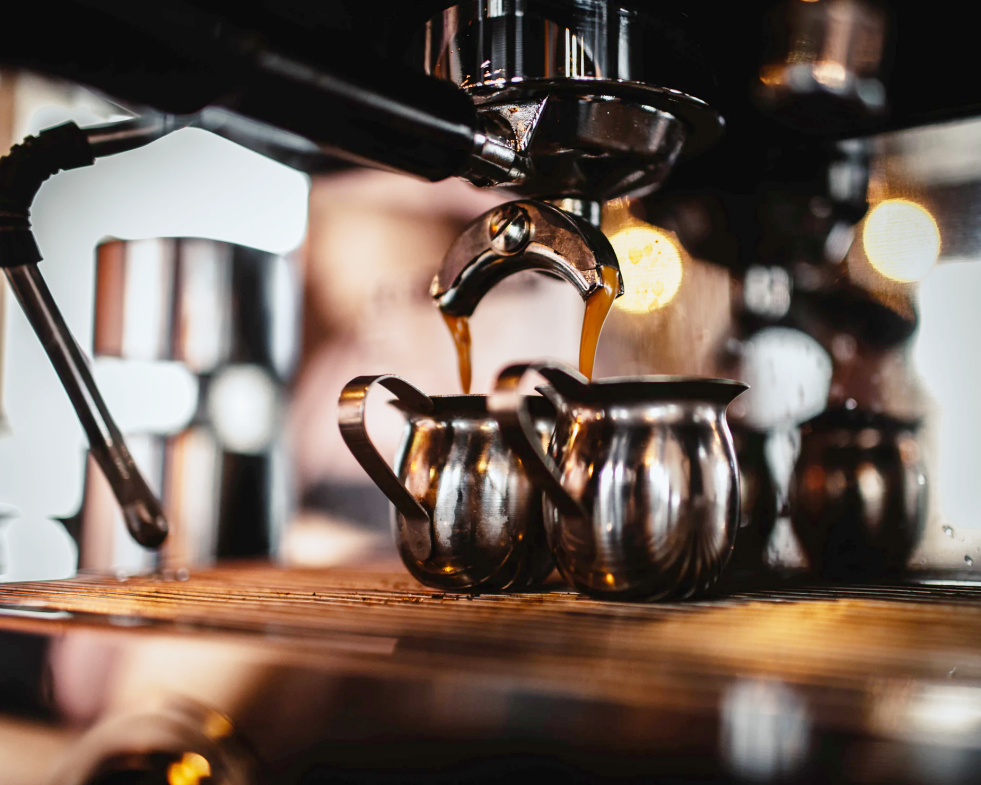 Before I was in the corporate world talking markets jargon, my first job was many years before in a local cafe. I had received my national insurance number when I turned 16, and as soon as I had finished with my GCSEs, I couldn’t wait to be out in the adult world, handing out my CV, ready to start earning bank for the first time. As wide eyed and hopeful as I was, the reception I received was less than encouraging. Most retail stores I applied to didn’t even bother to get back to me, let alone reject me, thus leading my job-hunting task to fall flat on its face. Breaking into the retail world as a 16/17 year old kid turned out to be way harder than I’d imagined.

When the following summer came around I decided to try a different tactic, instead of applying to the New Looks and Superdrugs of the world which were no doubt inundated with CVs from teens across the borough, I decided to send personal e-mails to small and local high street shops and cafes asking for a job instead. Cold air was what I received back from many of them; however, one café around the corner actually asked me to come in for an interview. It really wasn’t an interview and was more a questioning on whether I was happy to receive minimum wage – of course the answer was yes, anything that was incremental to my lunch money from my parents was worth my time.

With that, I spent the summer catering at a nearby theatre school, then upon the school year beginning, I settled into my role as a waitress in the café for a few months. I’ve written about how terrible this experience ended up being (literally abysmal) – but what I also thought would be interesting would be to look back many years later, and see what I took away from the whole ordeal…

If somebody ever equates a high wage to fruitful pay, I’ll be the first to say the relationship between the 2 is not directly correlated, and this is something I really learned in my short stint working in this café. What I can guarantee you is that I worked to the bone in this little café – whether that be spending four hours washing dishes and folding napkins; having to multitask cleaning tables and serving new customers; or attempting to learn the recipes whilst doing all of the aforementioned whilst getting shouted at… it was genuinely hard to catch a break.

I’d either end up in early when the shop opens, or cleaning up and brushing the floors if I worked the last shift before the café closed. I worked hard and the pay was absolute peanuts. I earned £20 a week which the owner would just pick out of the till and hand over to me before I left… I don’t even think I made it onto any sort of payroll. So – yes – working hard certainly increases the likelihood of earning a decent wage, but multiple, multiple people in this world work hard with little reward. Rather than hard work = good pay, it is more about how your work is valued.

Learning to be resourceful

At some point during the overall terrible time at the job, they sent me home for 2 weeks because I wasn’t able to name all of the vegetables (let’s not even talk about it…) My parents eventually encouraged me to quit because the café owners were showing just too much jealousy with a hint of racism (they constantly brought up my strong grades at GCSE, especially if I couldn’t do something, it was typically met with either “I ain’t got no GCSEs and I can do this!” or “my 9 year old daughter can do a better job!”).

Whilst the extra £20 injection to the £20 p/w I was getting from my parents doesn’t seem significant – for a school kid that shopped exclusively at Boots and Primark and had no living expenses to account for… it certainly felt significant. The older I got, the more money I also found that I needed, especially when I started going out to clubs at age 18. Instead of applying for another job, which my parents worried would distract me from my school work, I started to seek out more opportunities to make money online. One of these was putting more time and energy into my webdesign store at a time (where I would design and code a few basic websites for others), as well as signing up to different platforms online where you could apply to for e.g. different opportunities with all sorts of brands to pick up a little extra dollar. This ended up being the most helpful in my summer between school and university where I needed just a little booster to get me through more frequent nights out.

A little bit of thinking outside of the box

Working in a cafe that was not a chain was not the usual amongst my age group at the time. It was either you worked at a retail store, or at least a brand people knew (bar McDonalds), or a library, or… you stayed unemployed. To me, it felt like the opportunity was hidden in plain sight, and I knew that I’d be facing way less competition in comparison to a huge retail store which likely threw half of the CVs they received in the bin. It was so unusual to be working at a random café around the corner that if I ever saw somebody from my school walk by or worse – come inside to eat – I would literally hide in the kitchen or try to work with my face towards the floor, hoping that nobody recognised me. A lot of people thought I worked at Café Nero – as the name sounded similar to where I really worked – and let’s just say, I never corrected them.

Thinking outside of the box when it comes to applications is something I carried with me to university. When I was first applying for 1 week internships at investment banks, instead of applying to their front office insight weeks, I applied to roles either specific to women (chopping out the male population), or that were rotational around the front and middle office. Getting rid of some competition made it easier to secure the role, and then when it came time for me to pick my area I wanted to go into for my longer term summer internship I just selected front office banking – easy peasy so ended up where I wanted to go in the end.

It’s easier than you’d think in the working world for something to trigger you and make you doubt your abilities. This is exactly how I felt at this job, constantly being compared to the owner’s 9 year old daughter, or being told my grades did not match the person that I turned out to be. It was only after quitting and revealing to my parents what the experience was really like that I was able to put the pieces together and ascertain that any issues in that job were totally a them problem. They never sat and taught me how to cook any of the dishes or prepare any of the sandwiches for example – they stuck me in the back, washing plates, and would get annoyed at me if it came to it and I didn’t know how to construct certain panini. When they did walk me through something (one girl my age who had been working there for many years taught me a few things), I could execute it effortlessly, but without that guidance there was just way too much friction between myself and the owners. I came to realise through talking to my parents that I didn’t actually do anything wrong at any point – the job wasn’t rocket science – they just didn’t like it. This was just a little climb on my path to recognising my own self worth.

Who could have imagined that a teen job working in a cafe would still be something I can sigh and reminisce about all of these years later. Despite the not-so-great experience, its an experience I’m happy I had and quite frankly… I’m proud of a young me for getting that job! Sometimes, when I go back home and pass the shop, I still am tempted to go back in there and see if they remember me… I’m sure they have a new set of teens that they terrorise now keeping them busy instead.

Have a good week people! After almost half a year… I missed my Monday post day, but I was just feeling way too worse for wear following a weekend of drinking. Still on track for 52 posts for the year though… fingers crossed.