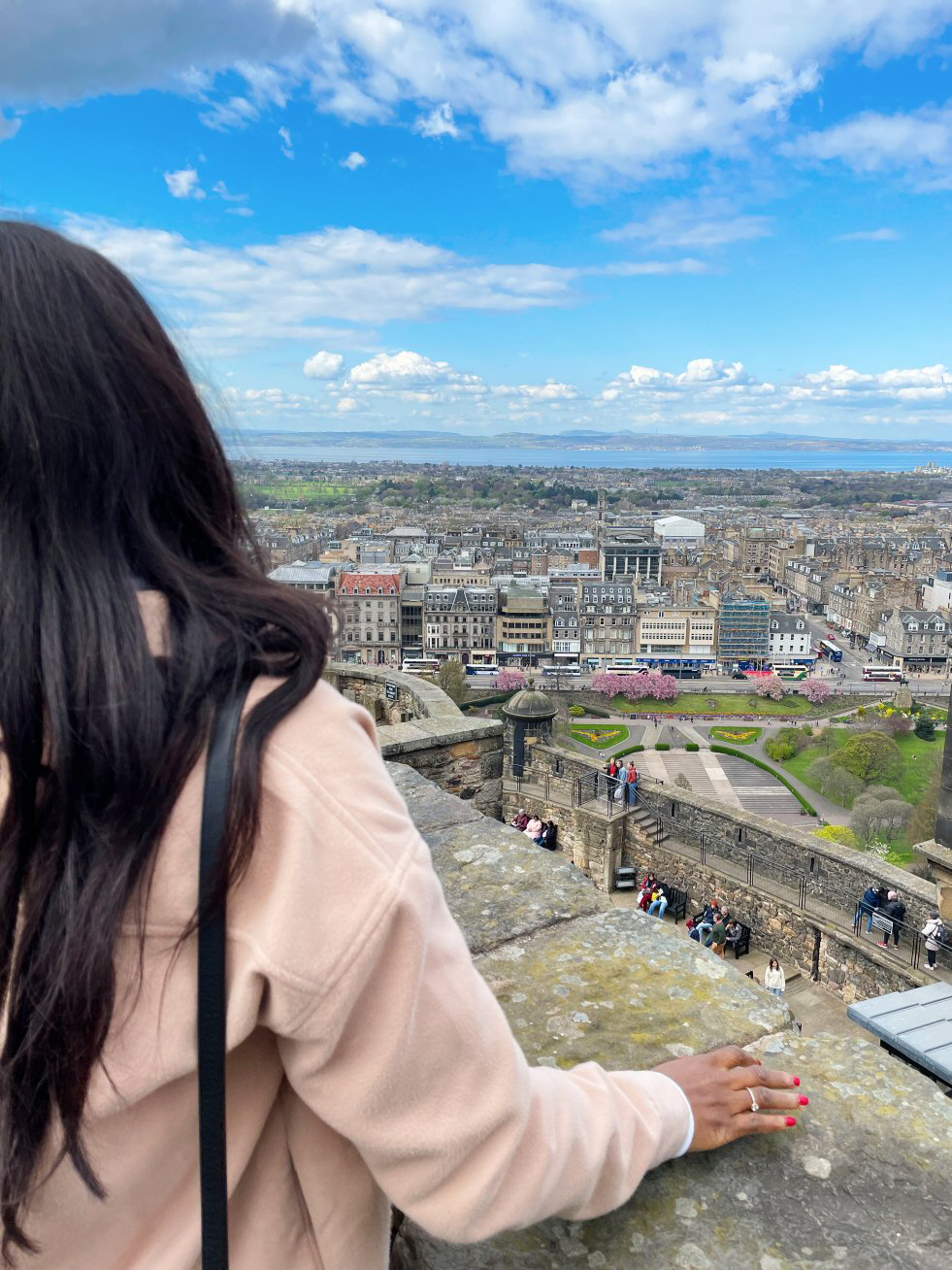 A view of Edinburgh

Gosh… it’s been a little while.

I have really not been so great with the whole “consistent blogging” thing this year, but I’m hoping (as always) to get back on track. It’s been a while since I caught you guys up with a little life update – so it only made sense to kick off the week with another Life Lately post. I’ve been quite busy, and this is what I’ve been up to…

If you want to find out more about Soulful Kitchen, then please check out my last post where I delve into the full story.

Launching SK was somewhat of a whirlwind. Initially, when I started working on it, I thought it would launch last summer, but I ended up having so many issues with my first set of developers that it pushed the launch date back indefinitely, until I dropped them all together for a new set of developers which were 10x better. To finally have things up and running was super nerve wracking, I’ve been plugging away behind the scenes, with SK as my personal little project, and felt so vulnerable “releasing” it to the world. The launch week had me extremely nervous, but actually post launch, it feels like a big weight has been lifted from my shoulders. It’s like – HERE IT IS. And now, the real work begins. Having some help with the social media has been absolutely amazing as it simply is not something I would have been able to do successfully by myself and is something so important for SK. Every time I see somebody sign up, it really warms my heart. So, excited to see where this goes. Check out Soulful Kitchen!

😰 Work has been super busy

This year so far, I feel as though I have been all over the place. In person meetings and events are back, which means that some weeks I can barely be at my desk, and get back and try to frantically pick up on everything that I missed. I definitely feel a clear change in my role now that I am stepping into the title of “Vice President”, when all I ever previously knew was “Analyst” or “Associate”. But, if I’m honest with you guys, I’m enjoying it.

It’s crazy to think that it was around this time last year that I silently started chats to leave my old firm. It really doesn’t feel like it was that long ago at all, and given that I spent near 5 years at my first gig, including a 10 week internship, and it was an “amicable split”, I really do mean it when I say I’ll always have fond memories of that place.

These days, a 9-5 is seen as the shittest thing ever. 9-5s have become synonymous with “Sslaving” away for somebody else, with life not as simple as doing a TikTok dance and walking away with a million dollar check or Calvin Klein sponsorship. I do get that in many ways, but I also do think there is a lot more to it than just that. There are also so many skills you can pick up in your early career in an intense job where you get early responsibilities that you simply won’t get otherwise, or even in a more lax job; sales skills, presentation skills, client skills, organisational skills, things that you can carry with you through your life and through various business endeavours if that is your thing. Maybe one day I’ll talk about it in more detail, but there’s a big difference (for example) in how I’ve been able to execute Soulful Kitchen, and how I attempted to execute [DAME], and a lot of that comes from learnings through working in a job within Investment Banking.

😀 We’re getting back to normal

It feels like we are totally past the worst of it when it comes to the rona. Whilst we all had a panicky end to the year 2021, with Omicron spiking up (I ended up catching it myself), recently it has felt as those most cases of the virus has been very mild. Whether that is due to the virus mutating into something less severe, the hotter weather seasonally bringing cases down, or the work of the vaccines and boosters – it really does feel like we’re starting to put it all behind us. I even know elderly and vulnerable people that have gotten the virus now and very much brushed it off, and many of my recent travels to Scandinavia haven’t even required mask wearing on the plane anymore.

It was definitely 1.5-2 years for the history books and who is to say things won’t spark up again. But at the very least – it feels far from the Delta days, where we had some very dark winter months stuck inside; far from the days of when it all kicked off in March 2020 – when none of us knew wtf to make of the virus; and even far from the days of red, amber and green country lists that required tons of overpriced tests and would change in the final hour, causing everyone to scramble back home.

Whilst I was around during the ’07/’08 financial crash, I was so young that I really didn’t feel it – or at least, didn’t realise I was feeling it. My parents would mention a financial crisis on occasion, and luckily – they both kept their jobs, but we felt the pinch the most when it came to family holidays. We stopped going on family holidays for so many years in the late 2000s, that my parents eventually tried to supplement the missing trips abroad with some pre-rona staycations.

With the market in utter turmoil, inflation at ridiculous numbers, our energy bills sky rocketing to sickening amounts, and everyone getting trying to wrap their heads around the prospect of living in a system we haven’t familiarised ourselves with for a while – a life without Central Bank accommodation – it certainly feels as though we all could be currently diving head first into a recession and need to hold on tight.

With this all being said – my post about how I’m investing in 2022 suddenly starts to feel void. For example I wanted to plough into crypto this year and had a figure in my mind of where I wanted things to grow to – let’s just say, whilst I have bought some crypto, it has definitely not headed in the direction I wanted to *gulp*. Similarly, when I look at my stock & shares ISA or ETFs I’ve bought, a sea of greens that I used to see are suddenly starting to look very red, and I shake my head at some of the stuff I bought when I was trying to form a fancy investment-thesis (what do I know).

I have started to drag my feet when it comes to investment property, but to be honest, this is an area where my knowledge could be a lot stronger. Whilst I have my own place, that was not without parental help and it also wasn’t an investment property or bought during the brink of a recession. So – on this one – I’m working on it… slowly by surely.

This summer, I want to be on the longest and more luxurious holiday I’ve been on in my adult life. After years of corona, I really think it is deserved.

I’m hoping to plan a 2 week-er sometime this July somewhere sunny, where lying by the pool will be a daily affair! I’ll probably start to plan this properly over June… and I’m very excited about it!

And with that… have an amazing week! I feel as though I am in a good place right now, and a excited to see where the rest of the year leads me.

Have a good one.