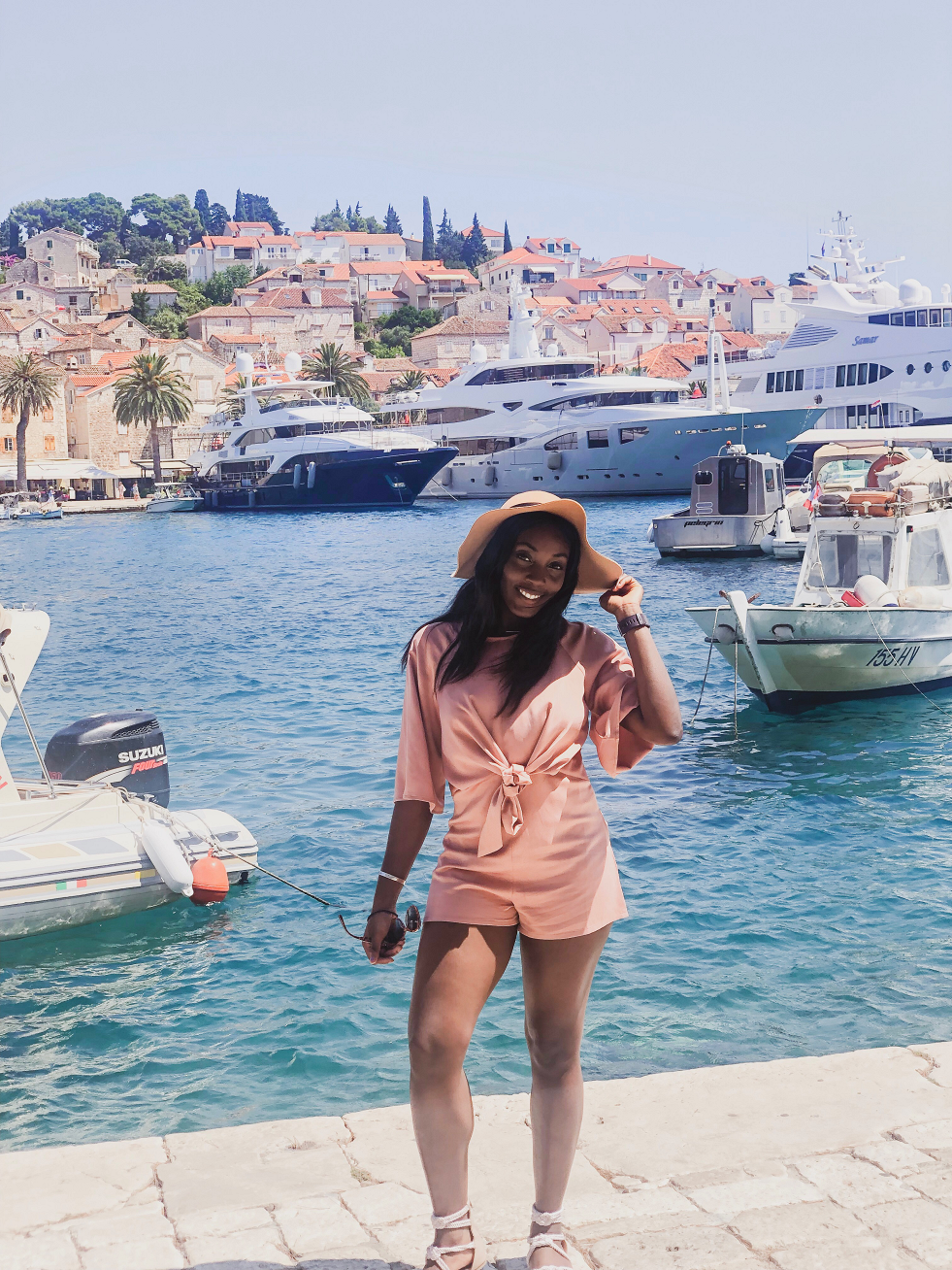 Hellooo folks. I know I said I would be posting weekly and then conveniently missed the next week but I had a good excuse for once – I spent just over a week in the beautiful city of Split, Croatia for my errr, annual summer “baecation”. A full travel post will be up soon but honestly, the break was seriously, seriously needed. In the mean time, I wanted to write up a post about something that has been playing on my mind recently, particularly in Croatia.

I think it’s quite typical for us all on social media to occasionally receive the odd creepy message. Whilst I was in Croatia and tagging my Instagram stories with my location (note that these tags would be ambiguous i.e. my story may say I’m in Split, Croatia, but I would never actually share where I was, unless it was in hindsight (i.e. 2 days ago, I visited restaurant “X”)), I was receiving quite a few strange messages from people who I don’t know that are based in Croatia saying something along the lines of “hey – where abouts are you? I live in Croatia! :)” Meanwhile, I unknowingly had my number as a contact option on my new fitness Instagram account which led to me getting a number of strange calls from all over the world – I’m talking India, Pakistan, the US and Holland before I finally realised my data hadn’t just somehow been compromised.

Basically what I’m trying to say is, recently, the internet has been leaving me pretty creeped out.

It got me thinking about the idea of being publicly private. Yes, I use social media and yes, I even write this blog. But to the contrary, I’m actually very careful and thoughtful about what and how much I share to keep myself as safe as possible, and I thought it’d be useful to share a few of the things I take into consideration.

Where do you go often?
A little while back, I’d occasionally tag a few photos I’d taken in the gym with the location of my gym. I figured tagging the gym instead of “London, United Kingdom” seemed a bit more focused and may aid in targeting the demographic I want to reach. Also, I saw that a number of influencers, some with hundreds and thousands of more follows than me, also did the same. Eventually, after having a bit of a think, I decided to untag my gym from every photo it was in previously. Now nowhere on social media can you link me to the gym I go to. Given that influencers with over 500k followers take a different approach – you may ask what made me think I was so special? I came to the conclusion that whether you have 500 or 500m followers, it only takes one strange person to find your account online and develop a creepy obsession. If somebody knows where you are regularly – it becomes a lot easier to be located. In my opinion, it’s best to keep that sort of information to yourself.

Well, where are you now?
Another time, I was eating lunch nearby my apartment and considered sharing the location. I thought – if the wrong person sees this, it’d be easy to piece things together about my everyday location – and I don’t exactly live in a gated community. Now, if you’re tagging that you’re at Wireless, the O2, Covent Garden or in general somewhere very “obvious”, I don’t think it’s an issue; but it’s specific locations I’d be wary about. For example, whilst in Croatia, I never once tagged my hotel (I’ll obviously share it now in hindsight when I write up my travel post), I’d also only tag my location in photos after I had already left such location (for example, restaurants). I think getting a message from some dude in Croatia asking me “where I was” definitely confirmed this was the right approach (and put the fear of God into me).

Getting used to the block button
Now I don’t block every person that appears in my DMs, often the messages can be quite harmless. However, if something seems particularly off, I will never hesitate to hit down that block button. In addition, if anyone ever DMs me and all that is included is a photo – I hit block straight away, I don’t even need to open the photo. In the words of Ovie Soko – I’m tired.

I remember once when I was young, I was using MSN messenger chatting to a computer called “Smarter Child” – everyone at school had been adding this so called computer on MSN (which I genuinely believe it was). For some reason that day my mum asked me who I was talking to, and for some even stranger reason I truthfully told her; she freaked out and banned me from MSN for the rest of the week with an order to delete the Smarter Child contact. Whilst I believed it was over the top given I thought I was smart enough to tell it was a computer – I totally get it. Honestly, there’s all types of crazy and scary shit on the internet; and these days, data is getting hacked and social media makes everything just that bit more accessible. Being “publicly private” is a new-age skill to master. I don’t think one has to refrain from social media all together (unless that floats your boat), but we just have to “think smart” when we’re using it. Remember: Everybody doesn’t have to know everything.