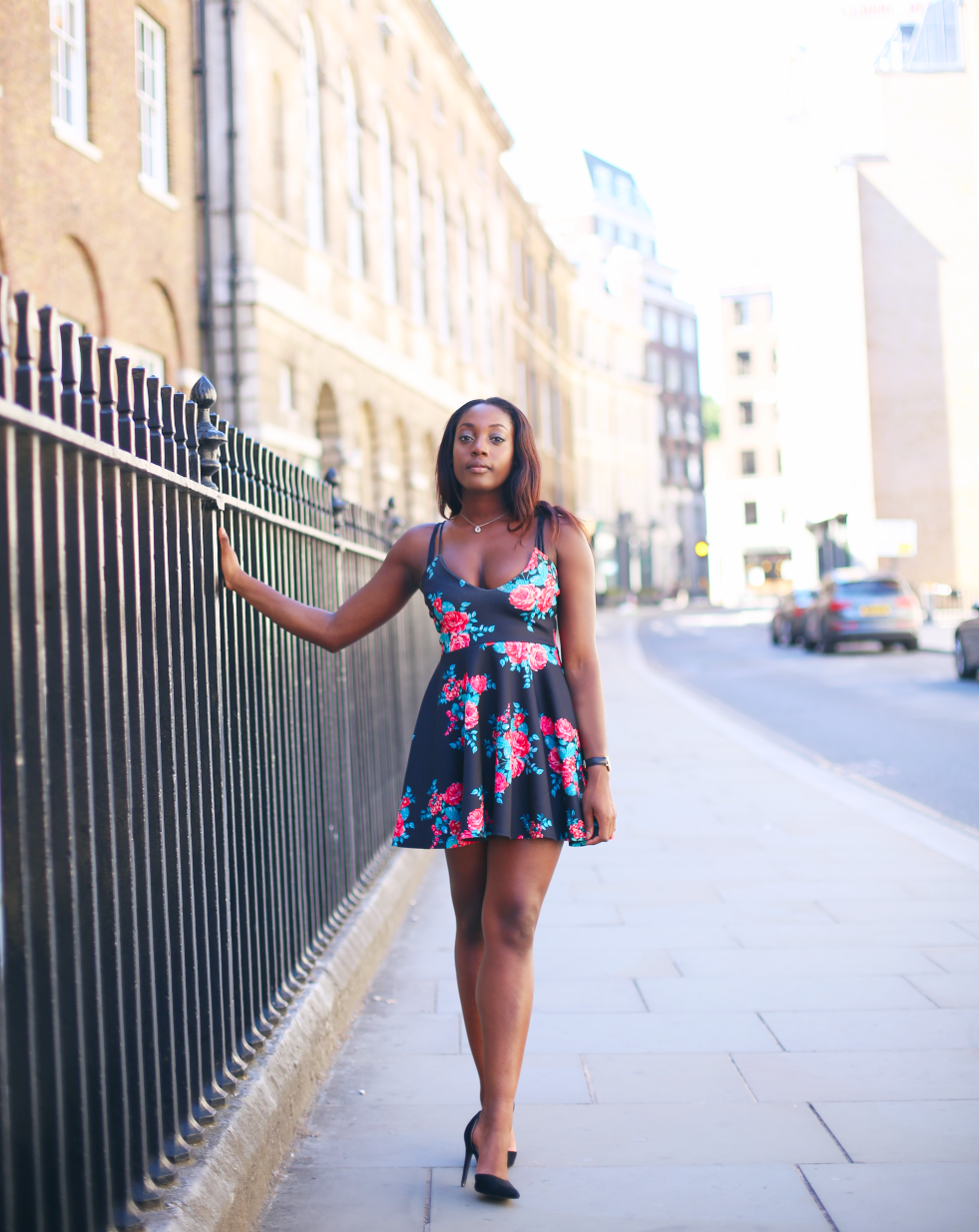 I always kind of had it in my mind that once I moved out for uni, I would probably just stay living out forever. It seemed like a natural progression. But when I got to my third year of uni, and “next step?” discussions started among my peer group, it seemed there was a 50/50 split between those staying out and those moving back home. Those moving back home usually gave the same reason, “I’m going to stay home and save”. Immediately, and as I tend to do sometimes, I panicked. I decided I must have been doing something financially stupid by making the choice to stay out and rent and I announced to my family that I’d be seeing them again in the summer, and not just for a visit. After a few discussions, and after weighing up the money side of things, with the realities of my job and what I personally wanted, I (re-)made the decision to move out, and no matter how many people gave me a “stupid” side eye or asked me “why not just a year, to get yourself on your feet?” I had my own personal plan of action (and it worked!)

But first – a disclaimer: One of my main goals was to make it a personal priority not to totally restrict myself. I have known some people that have put saving so much at the forefront of their mind that they have allowed it to stop them from totally living life in their 20s – skipping out on holidays, meet ups and not even ever considering the notion of treating themselves, so long as it meant they could continue to see that savings balance build and build. It’s a personal preference, but one of the reasons I even decided to move out was because I didn’t want to look back on my early 20s and think about how much growth, independence and “living my best (adult) life” I missed out on in order to save some more cash; and I totally haven’t regretted the choice at all. My second disclaimer is that – although it’s great to look at your savings account every month and see it building, there also comes the question as to why you’re saving. I remember when someone first asked me that, I kind of nonchalantly referenced getting on my property ladder (that’s what everyone does – right?), but I realised that I was 100% sure, I just knew that it felt cool seeing the balance going up, and that this is just what everyone does. This balance can become seemingly useless if it just sits there forever – you earn little to nothing (in % terms) if it chills in your bank. I’m not an investment expert (although once you’ve got a good balance it’s definitely 100% something to look into), but what I can tell you is that in the end I dedicated my savings to i) investing in myself, my passions and my projects; ii) providing a buffer in case things turn to sh*t; iii) trying to earn a little extra % vs. the flimse the bank gives otherwise and iii) as per – getting on the property ladder (more on this in my next “Life Lately” update! ;))

Now that I’ve covered my back – these are the steps I’ve taken to save.

Start with the little things…

When I started working, I couldn’t totally figure out where all of my money was going. I was spending 2x as much (or even more) than I would back in university but other than a few nicer purchases here and there, I couldn’t figure out why. Then, a colleague of mine told me that it was possible to download the entirety of my AMEX payment history into an Excel file; and an easy pivot table was able to show me where most of my money was going. The #1 culprit: TfL. Indeed – I live 15 minutes walking distance from the office (where I spend most of my time) but most of my money was still going to TfL. In second place was actually my work’s canteen: I spend a maximum of £5 there at a time, yet somehow they had also drained a good portion of my account. Sticking with the theme of food – Tesco (where I do most of my food shopping as it’s closest to my work), was next in line.

“The ironic thing about TfL, Tesco and even my work canteen, is that you spend such a small amount of money at each of these places at a time, but it clearly adds up.”

The ironic thing about TfL, Tesco and even my work canteen, is that you spend such a small amount of money at each of these places at a time, but it clearly adds up. I’d catch a DLR to work on most days of the week if I was either lazy or late and think nothing of £2 or so payment, so I was shocked when TfL came up #1 on the list; and granted, I started walking to work (which is also better for my health – so it’s a win win). With my work canteen, I realised that I would buy water bottles every single day; I’d end up with 5 half drank bottles on my desk at the time, to the point my colleagues started to notice and I realised it was getting excessive. Not to mention the fact that it also wasn’t great for the environment. A water bottle can be £1-2+ at a time, which again seems like change, but give it a few weeks and months of being a daily, or even twice a day purchase, and it really adds up. Instead, I bought a thermo bottle and now am a regular visitor to one of the two tenth floor fountains at my work. Finally, with Tesco, I would buy a lot and waste a lot. I’d buy huge, packaged, already-chopped vegetables (as I was too lazy to chop myself), I’d buy big containers of meat, eat two and throw the rest away after they expired, and if I found it tough to finish my food I’d chuck it all in the bin. Now I i) cook in bulk, to eat the rest later (and store leftovers); ii) buy single vegetables that cost about 30p and chop it up myself; and iii) either freeze, or “cook and store-for-later” foods that I would have previously just chucked away when I see them approaching their expiry date. I also use website such as Dealsdaddy to find voucher codes for clothing, accessories etc, before I go ahead with any purchases. The little $s really do add up.

“I’m not ridiculously strict on myself (I can’t come and kill myself).”

When my spending picked up by such a large percentage after starting full time work, I’d stop checking my account unless it was to pay someone, my rent was due, or – it was pay day. I just got so frustrated and felt so guilty when I’d put into context how much I’d spent that I didn’t want to look at it at all. Anyhow, as of more recently, I’ve started tracking my spending a bit more. I have yet to find the perfect app for this (I know there are a few floating about, but none have been a great fit for me yet), but I actually do now take a closer look at my incomings and outgoings. Again, it just gives a better idea as to how you’re splitting your money so you know what you need to take a closer look at – if you need to. Another benefit of this is that it’s easier to track if you’ve been cheated in any way. For example, I bought a pair of Beats from Carphone Warehouse this year and when I came to pick them up, they told me it had sold old and that they’d refund me. Well – that refund never came and I only realised because I was checking my account and saw £x had come out of my account, but nothing had been refunded in over 4 weeks. So I got on the phone, and I chased. A similar thing happened with an athleisure website that shall not be named – I bought some leggings on a deal and a month later £44 left my account as apparently I had in effect signed up to a random VIP subscription service; reading more into this brand and how many others had fallen for the same trick, I found that some had allowed the constant £44 to continue coming out for months and months, because they just weren’t tracking or paying enough attention to their bank account.

Finally – give yourself something to work towards. I set myself a savings goal in 2017 that – by the skin of my teeth – I happened to reach. I set myself another in 2018 however due to a big purchase (/investment!), I re-set it (more on this soon!) Again, don’t beat yourself up about it. Try and be as strict as possible – as there’s no point absolutely blowing through your money – but live too and enjoy yourself. You only live once – it’s a cheesy line, but a true one.

If you have any questions about saving, spending, etc. – then hit me up on social media! I do get asked about how I manage my finances (I even gave a talk on it once!) – so I hope this has been useful!