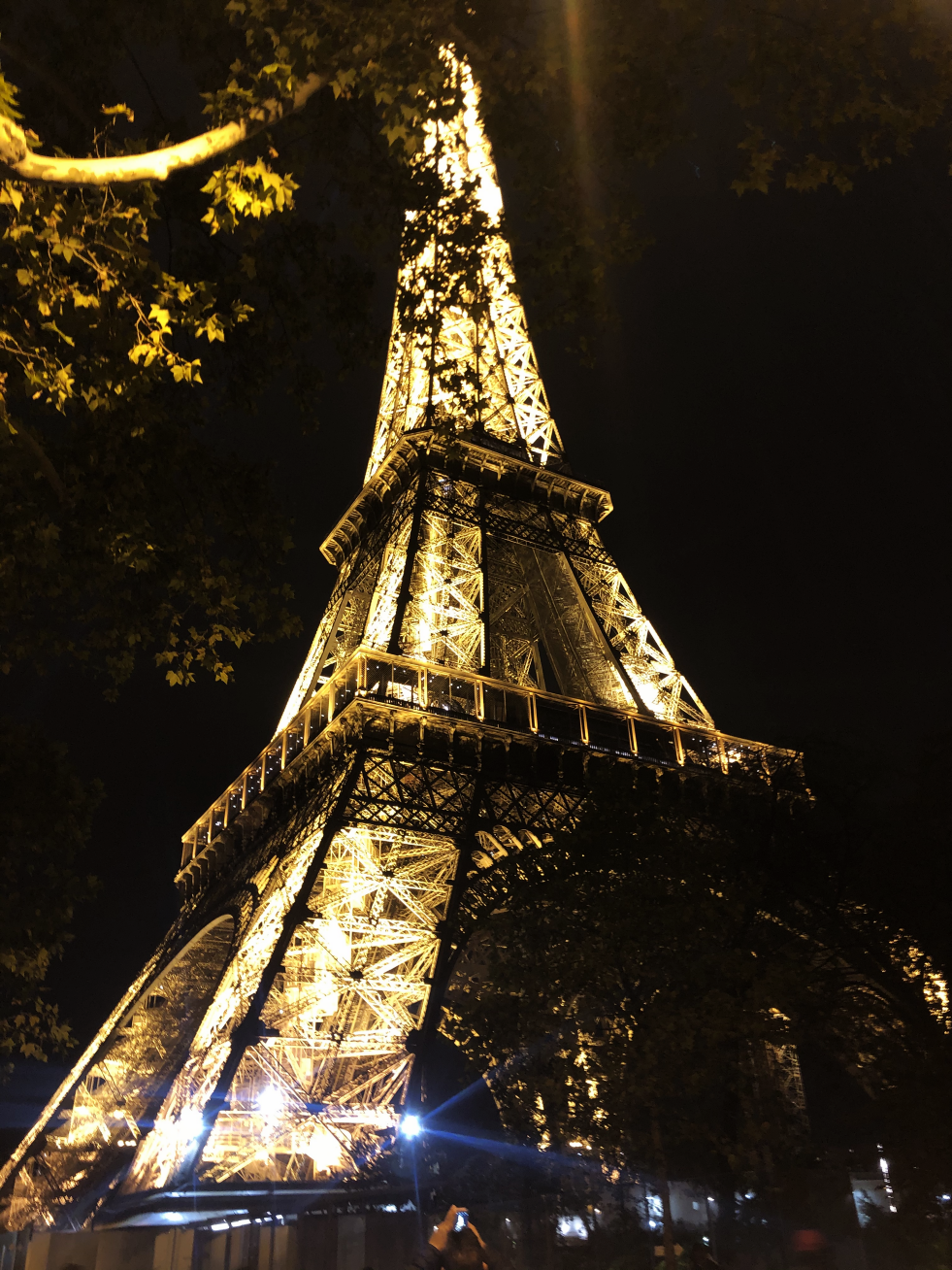 2019 has definitely been a “well travelled” year, I’ve been in and out of the country more times than I can count – a lot of this has been travel due to work (Sweden, Copenhagen, Helsinki + Munich this year), but then I’ve also of course travelled for myself – this year this has been Barcelona, New York (well, that was half work half personal), Toulouse, Split and Hvar, Turin and most recently (and perhaps my last “non-work” trip of the year? TBC) I went to Paris with my boyfriend Levi. I don’t always do travel posts (it really depends on how eventful the travel was), but I thought I would do one for Paris as a short stay in Paris is so efficient and a good idea for a weekend break if you live in the UK (literally just across the pond to get there). 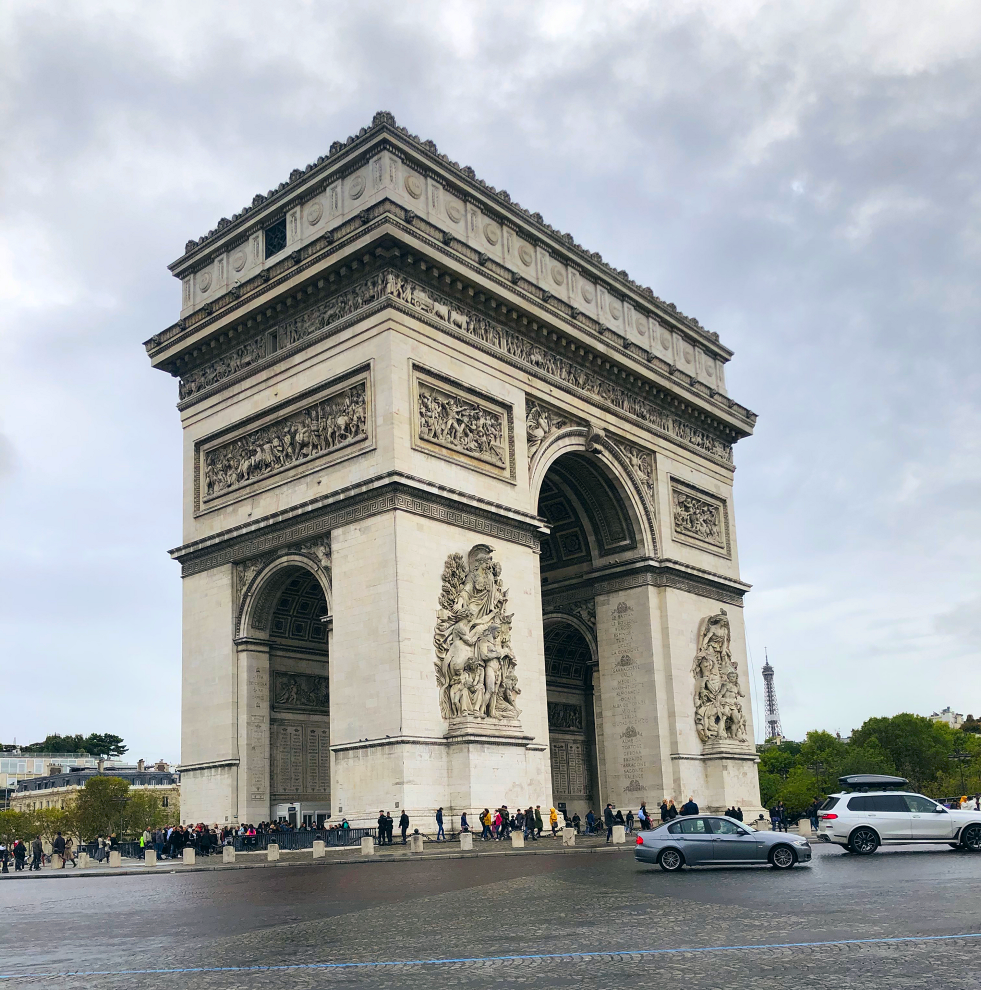 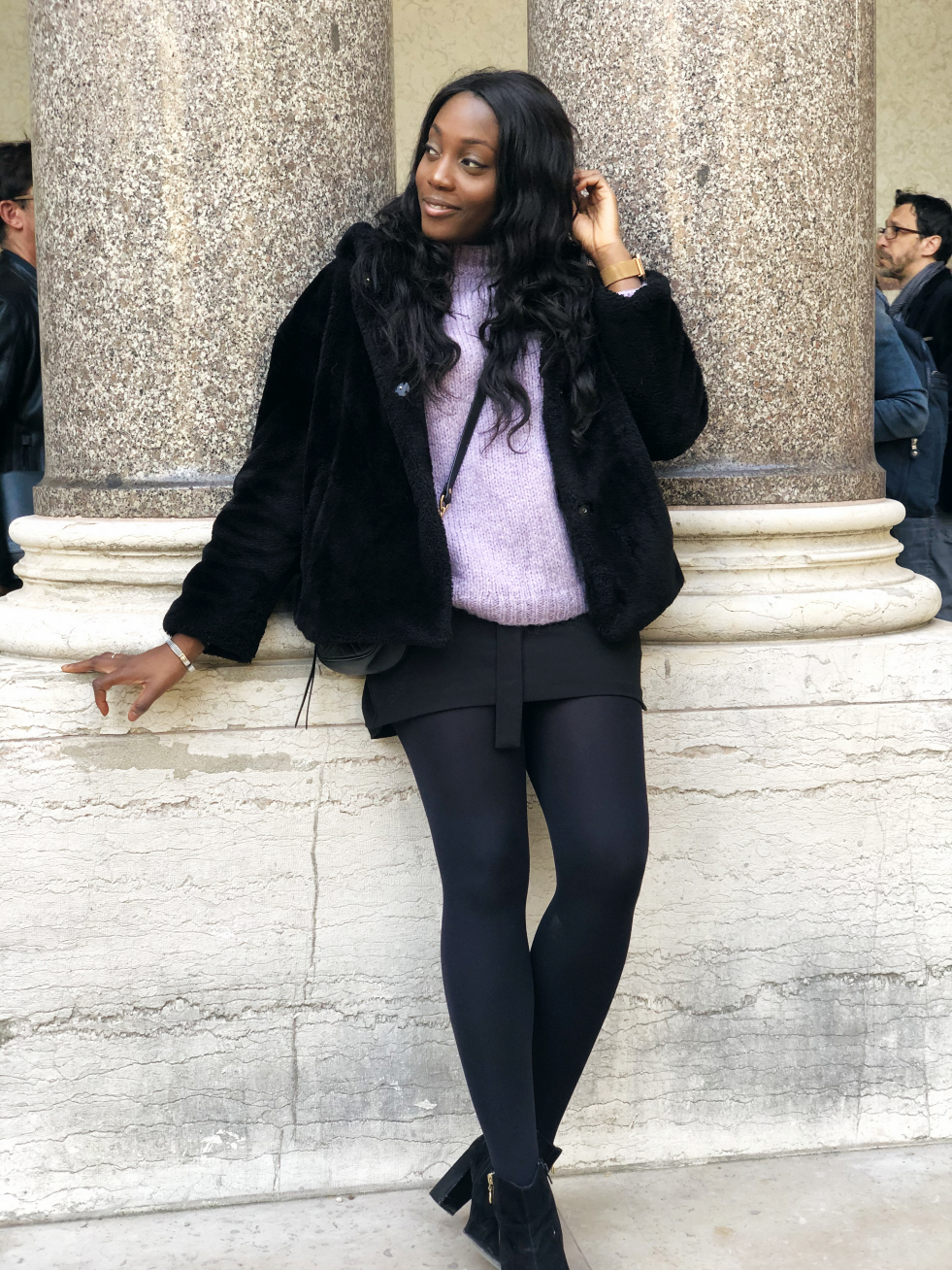 I’ve actually been to Paris twice before, but when I was a child and on family holidays. On both occasions the trips were pretty much for me and my brothers to just have the best time in Disneyland every. single. day. I otherwise haven’t had Paris as a top pick for weekend breaks until this very special occasion. It was mine and Levi’s 5 year anniversary – what location other than Paris is more perfect for an anniversary?!

We hopped on a 06:00 flight out to Paris on Saturday 19th October, and I think that might officially be the earliest flight I’ve ever taken in my life. Early flights always seem like a great idea at the time when the serious price discount captures your heart – but when the day comes it’s nothing short of painful. The good thing is, we landed around 08:00 Paris time/CET which literally gave us the entire day and weekend to enjoy the city. 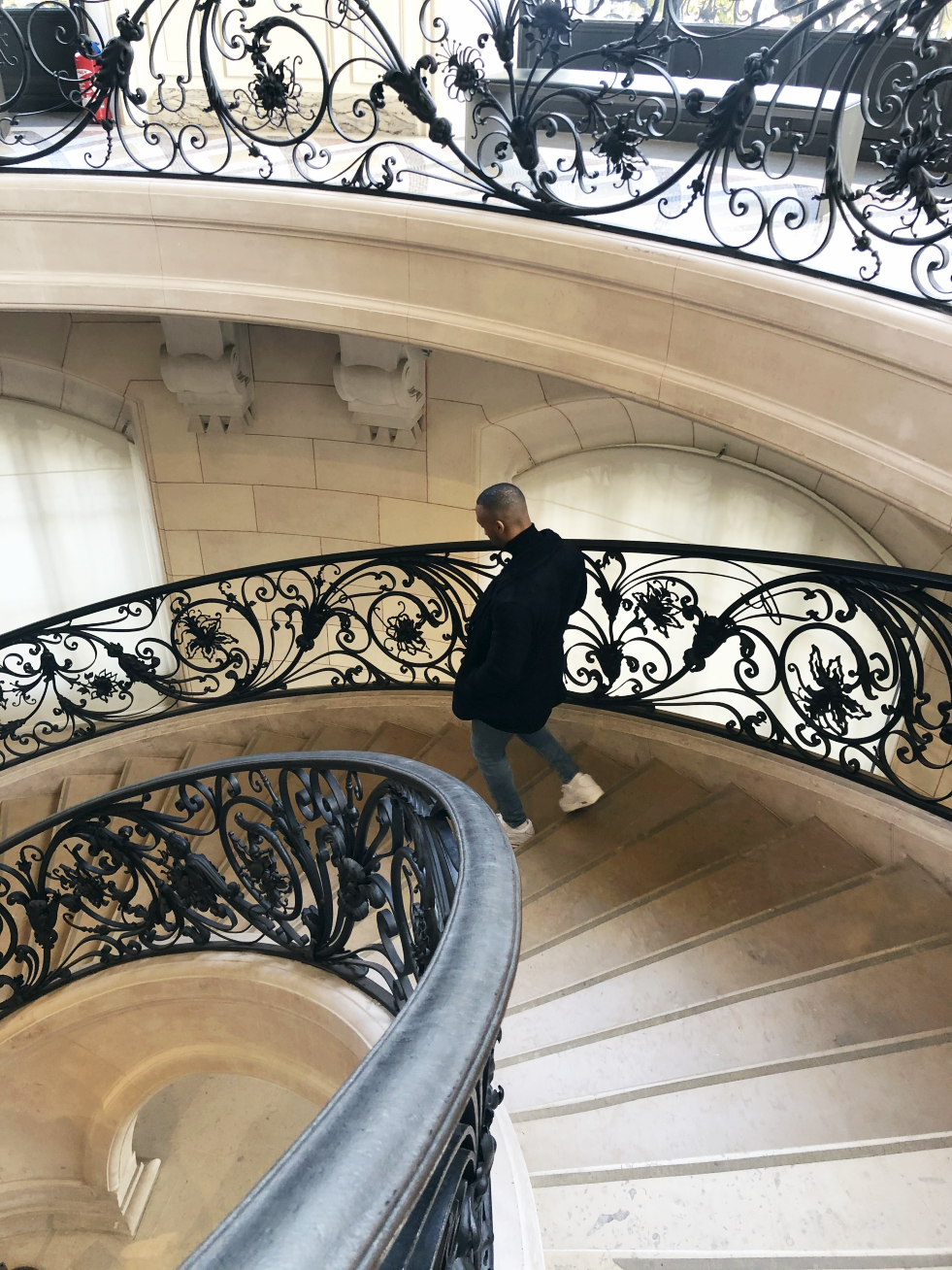 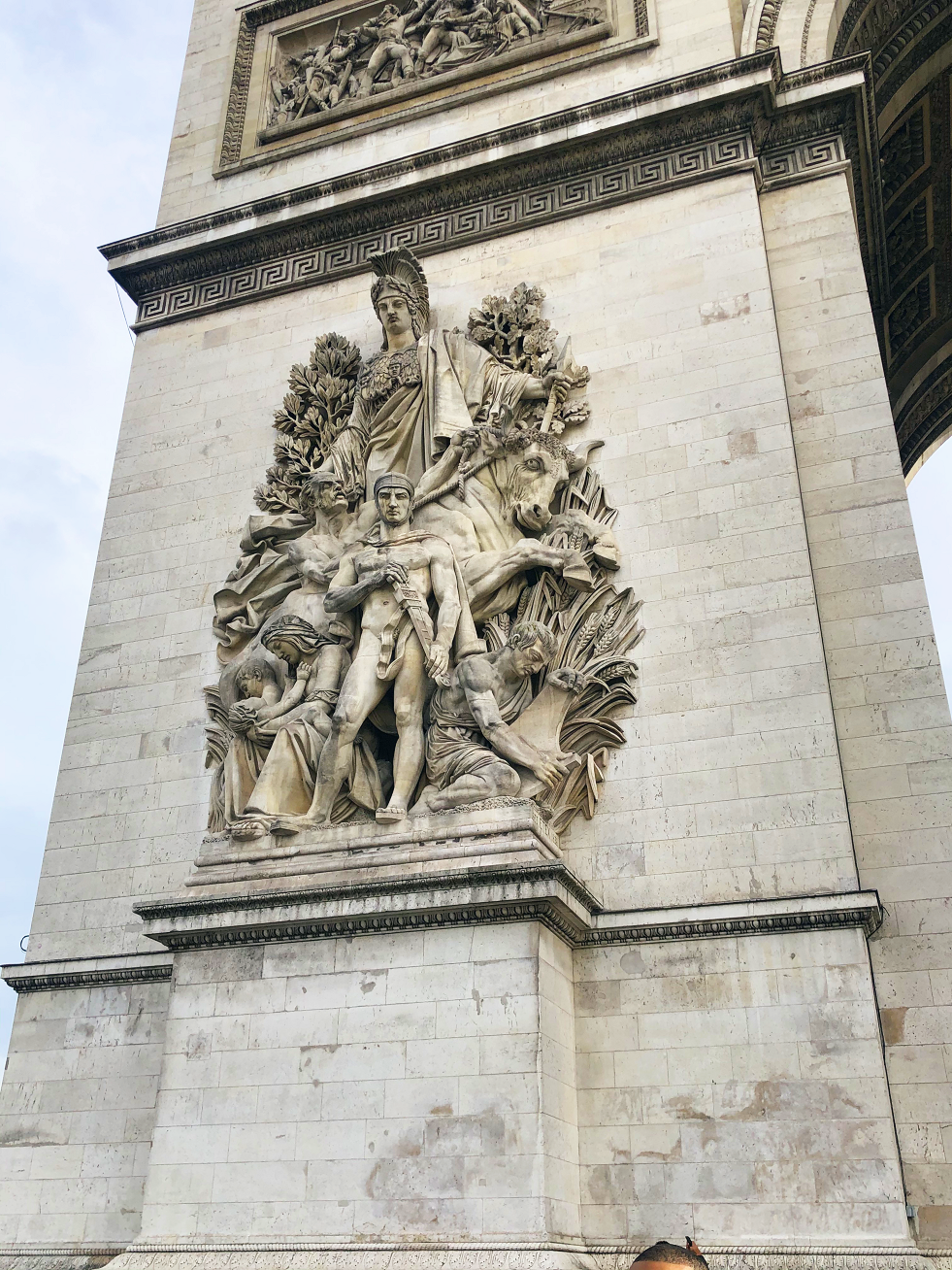 We stayed at a hotel called Hotel du Collectionneur near Champs-Élysées. When I travel with work I usually say at some older school (as in long standing), but seriously classic and gorgeous hotels, so that’s what I wanted to recreate with this stay. HDC marketed itself as a really luxurious, “award winning” 5-star hotel, so I was really excited to stay there (I love a good hotel, if you haven’t realised…), but it fell super short of expectations to say the least. It was functional, and definitely nice, but it wasn’t old-school in a classic and grand way, it was just sort of… old. The food was totally overpriced and super sub-par. And we found a damn humongous spider crawling up our wall when we were about to go to sleep which made me paranoid for the rest of the night. That said – the staff was nice, and the location was very central. You win some you lose some but I expected more given how they advertised themselves. 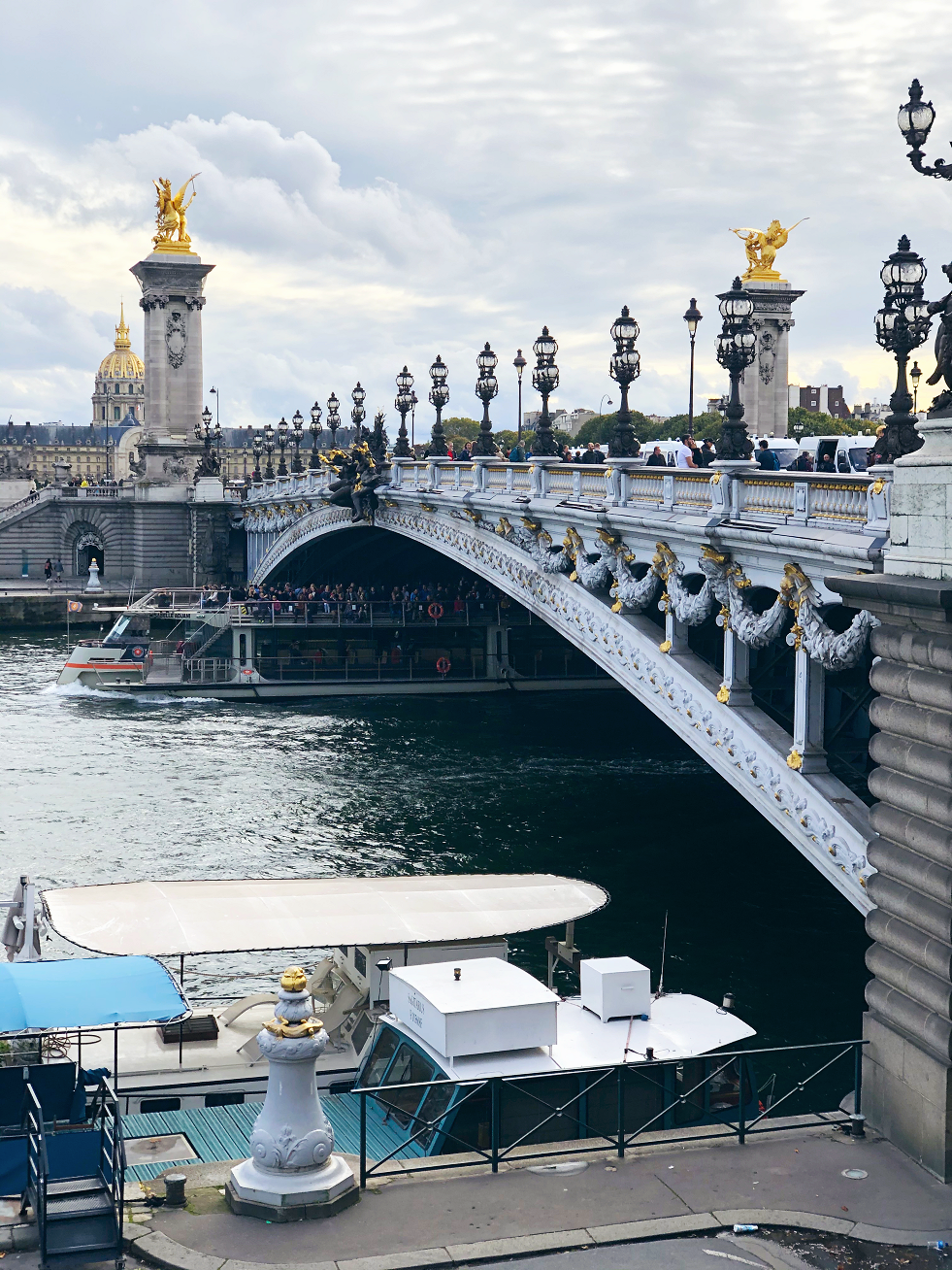 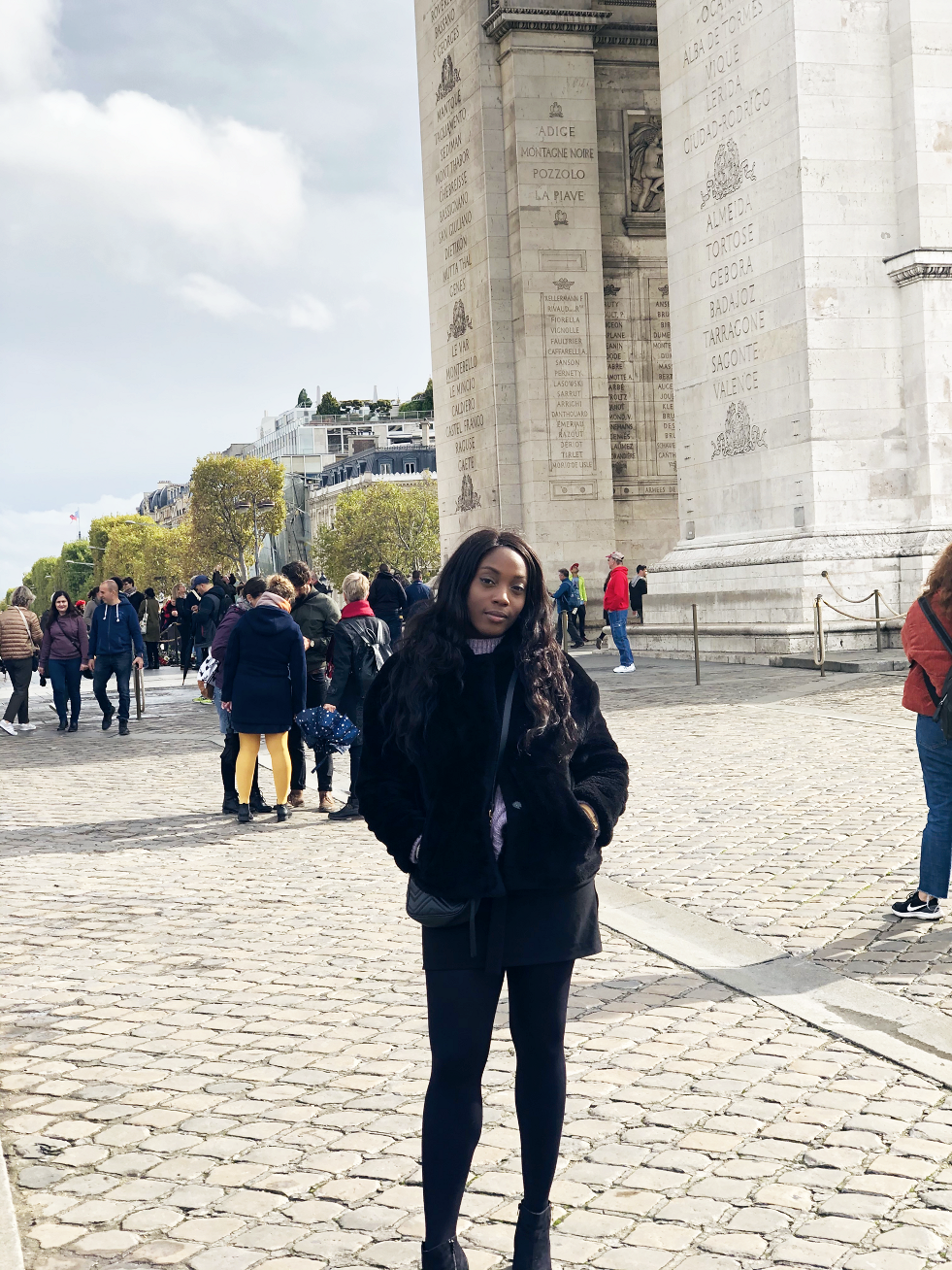 Travelling around Paris was super simple – once we got the hang of it. Making our way from the airport was somewhat of a disaster and a lot of up and down, but we got to where we needed to be after just over an hour or so. Once in the city, we would just buy a day ticket for I believe less than 2 Euros, and use that to jump on and off the underground based on where Google Maps instructed us to go. I always say the London Underground is one of the most efficiently functioning travel systems I’ve ever experienced (well, most of the time) – having travelled quite a bit around Europe – but it’s totally overpriced. I think one journey on it’s own is £2 let alone a day ticket. Similarly to London, undergrounds were almost everywhere you turned, so we’d just jump on a tube and take it from there. We tried to use one of those hop on/hop off Lime scooters when out and about but as is our luck… they didn’t even work for us. 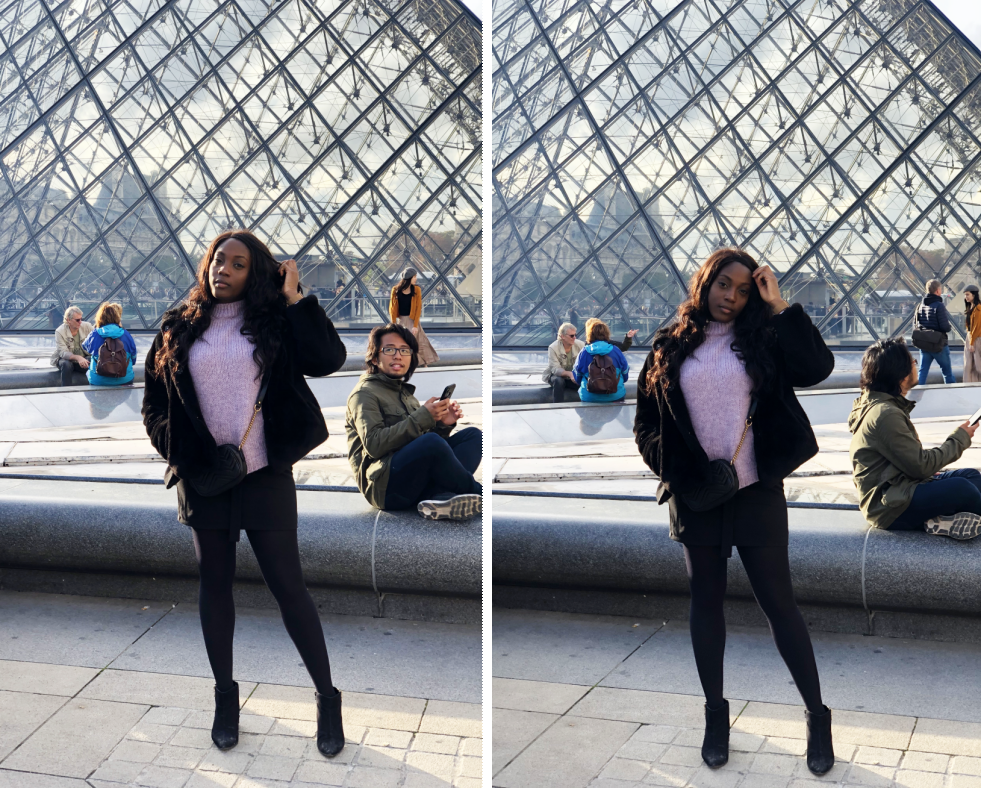 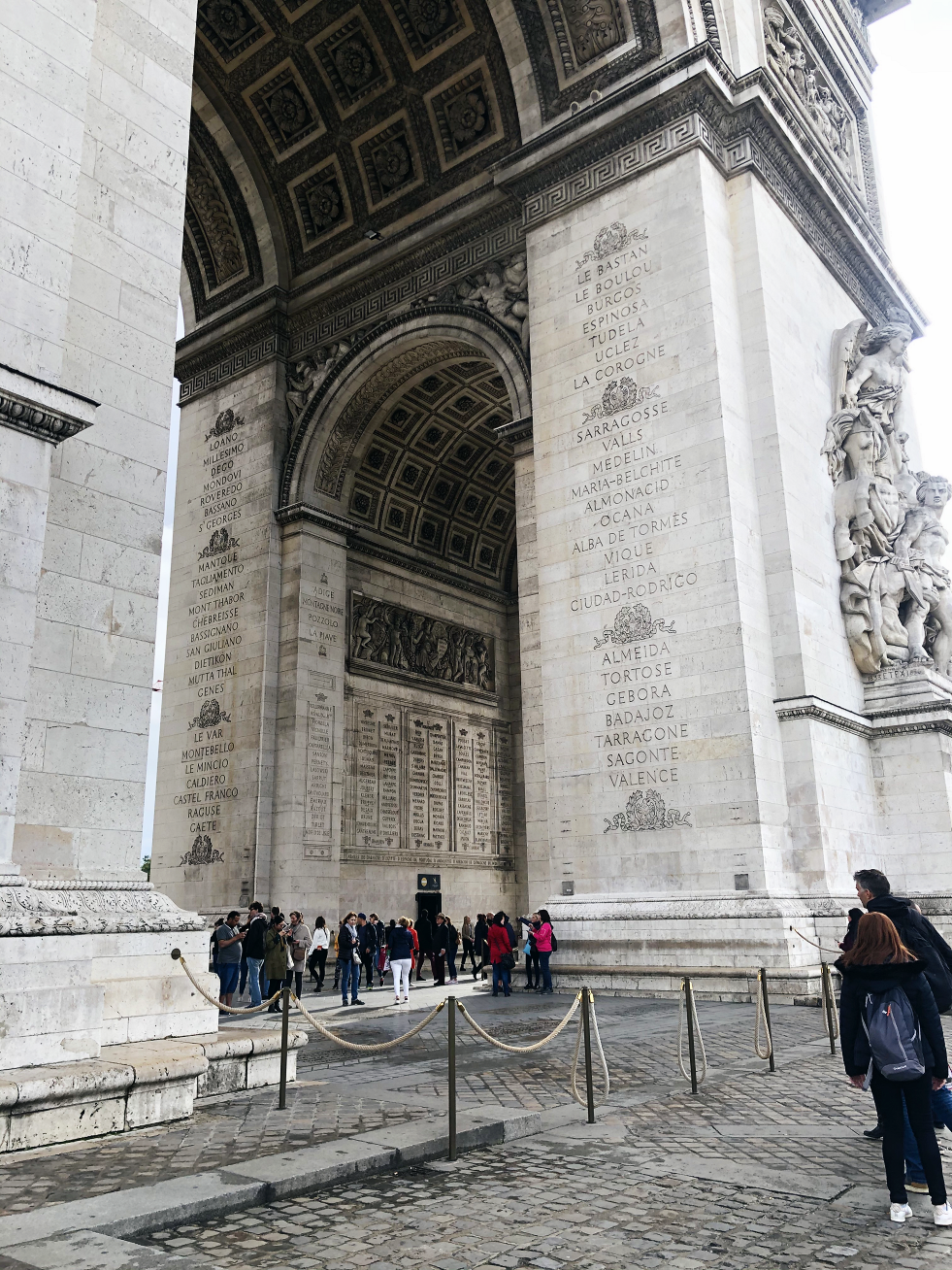 After having a short nap at the hotel upon arrival (given the 06:00 wake up and all), we set out in the afternoon to start to explore the city. Usually when we go on holiday we just roll up, set off on foot and explore the city on our first day, starting from the centre, however given Paris has so many sights, we had a mental tick list of things we wanted to see. Below are the places we visited: 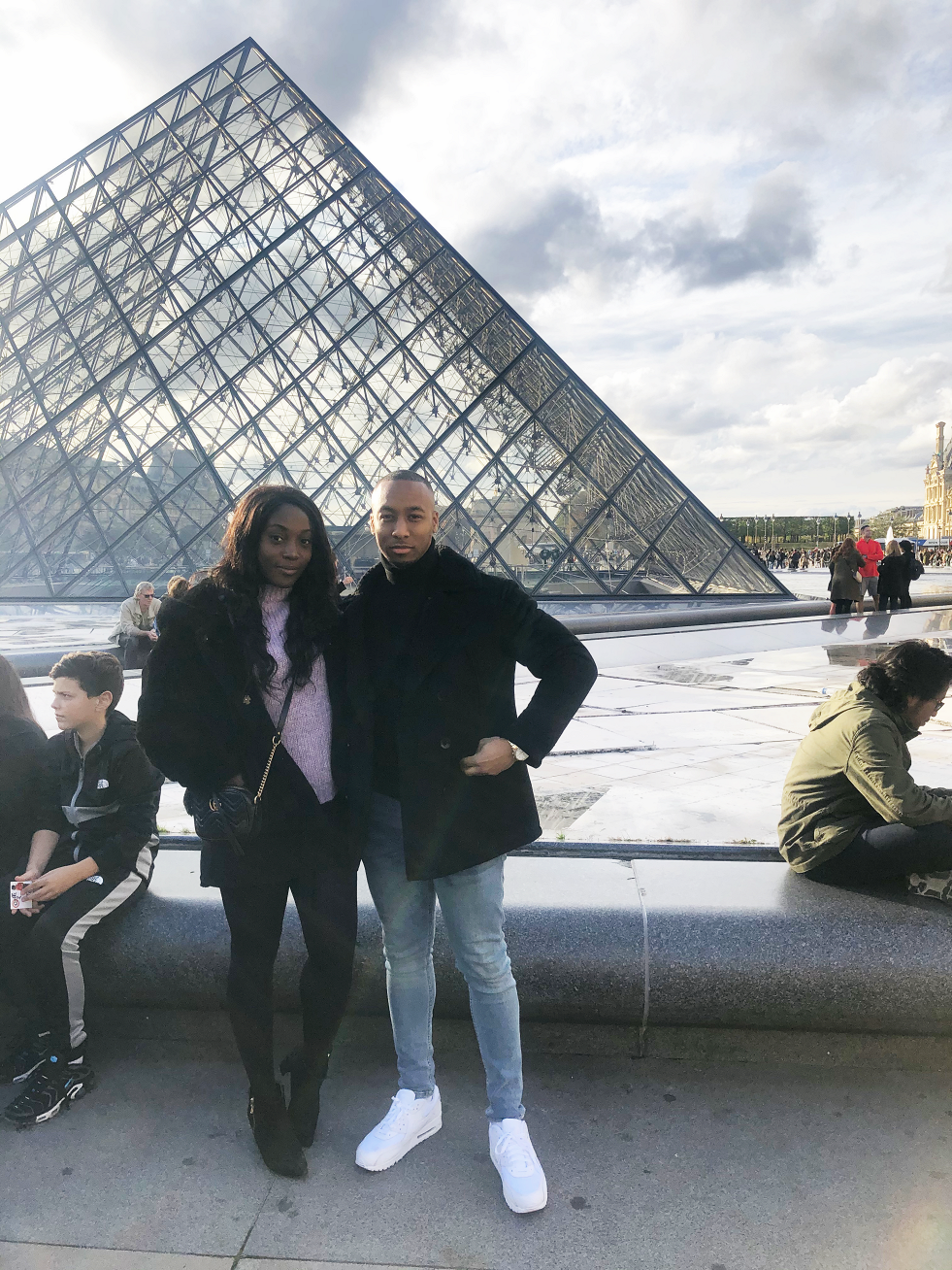 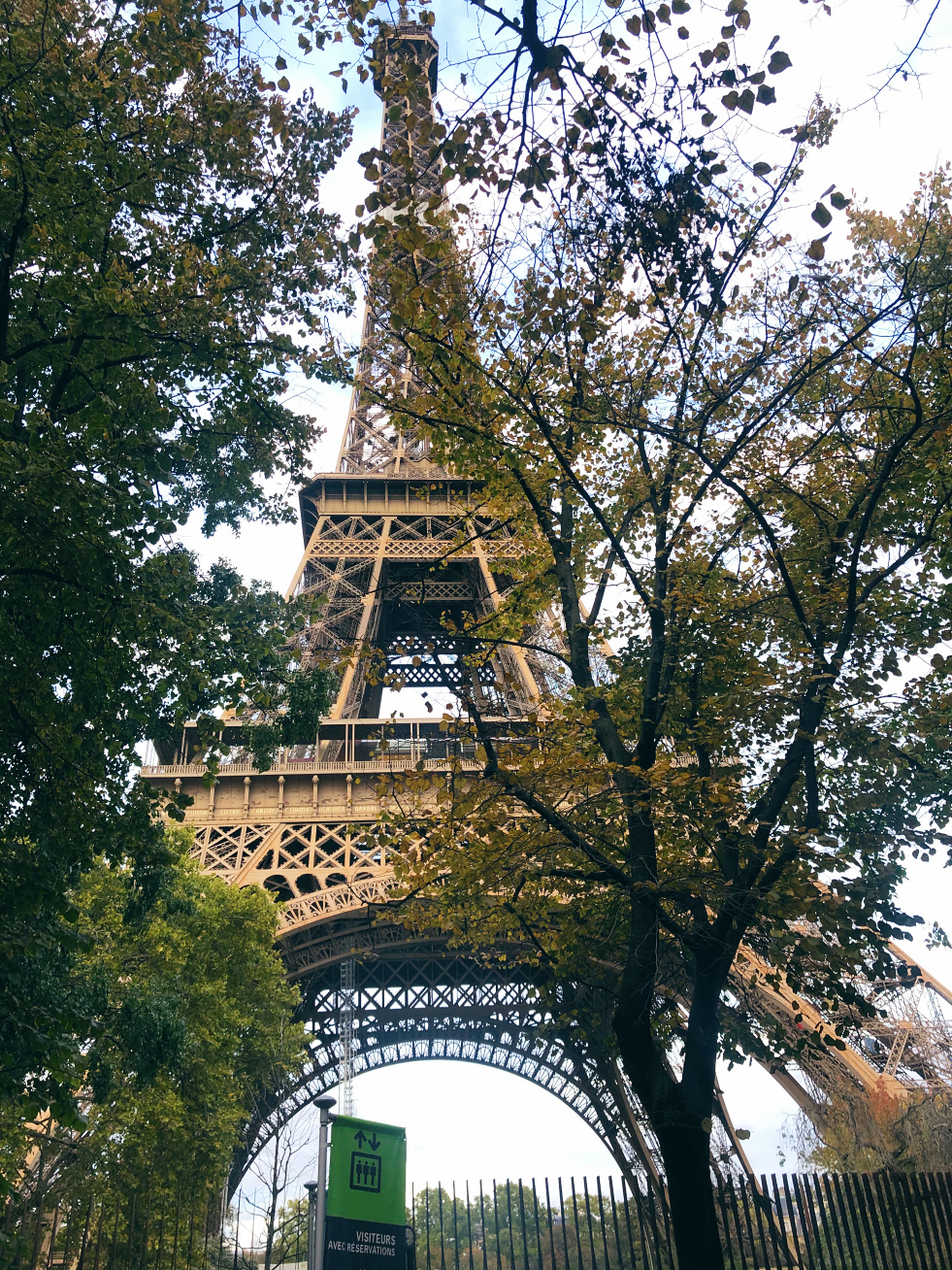 We settled down to eat dinner near the Eiffel Tower so as you can imagine, most of the nice restaurants we came across were fully booked up for the evening. That said, we Googled and found a place called 20 Eiffel which was right by the Eiffel tower that had a table available for 2 that evening. We got a set menu which I think was around EUR 30-35 and it was amazing. The service was fantastic, super quick, and the staff was friendly… but more so the food was just so delicious I am salivating just thinking about it. I went for mussels for my starter and we both settled on guinea fowl for our mains. If you’re ever in Paris and need a recommendation, 20 Eiffel is definitely mine!

Overall – it was lovely to be back in Paris again for a short but sweet trip to celebrate 5 years together. If you’re thinking of doing a quick break across the pond – I’d definitely recommend taking a trip to this romantic city! 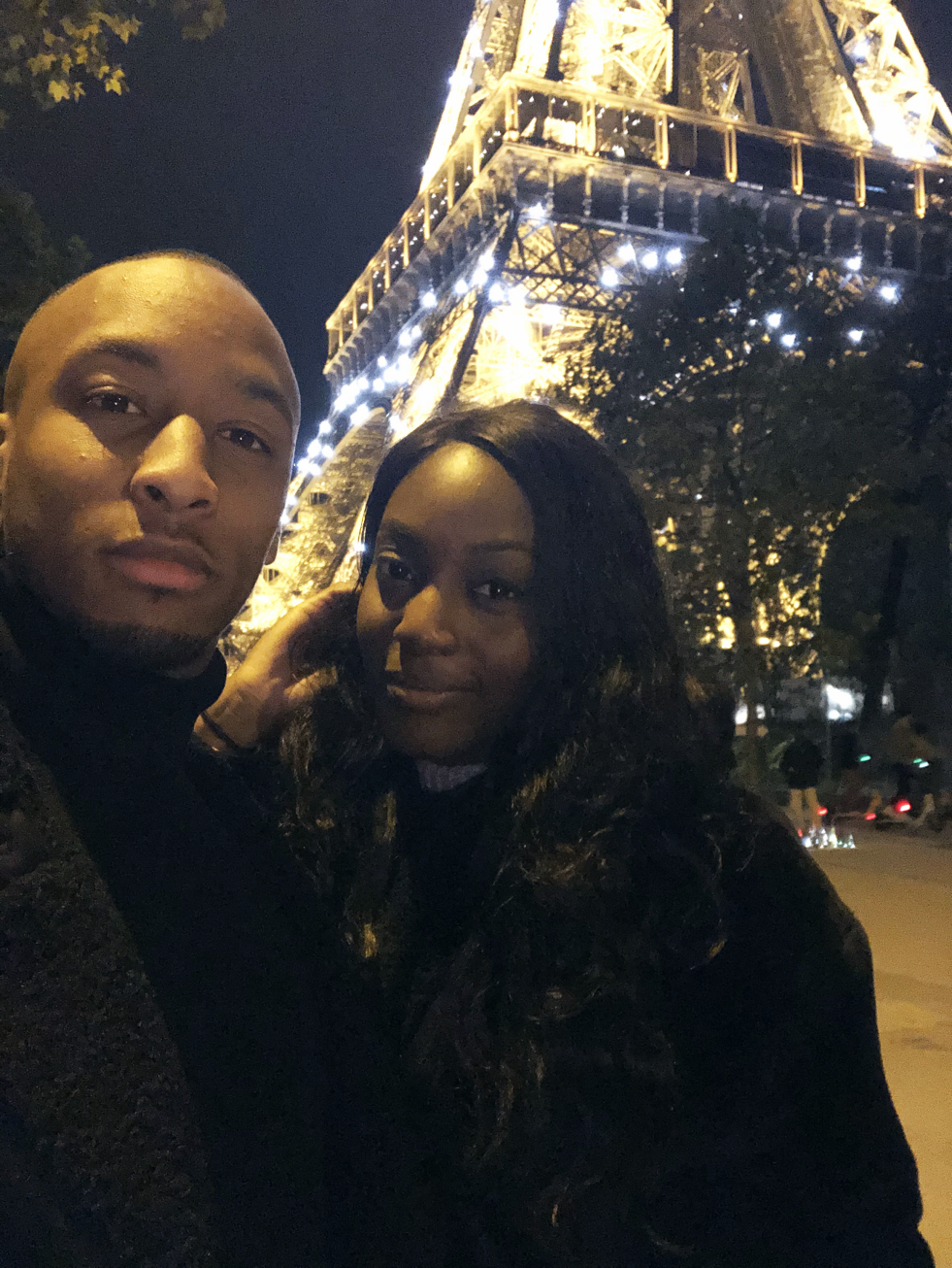 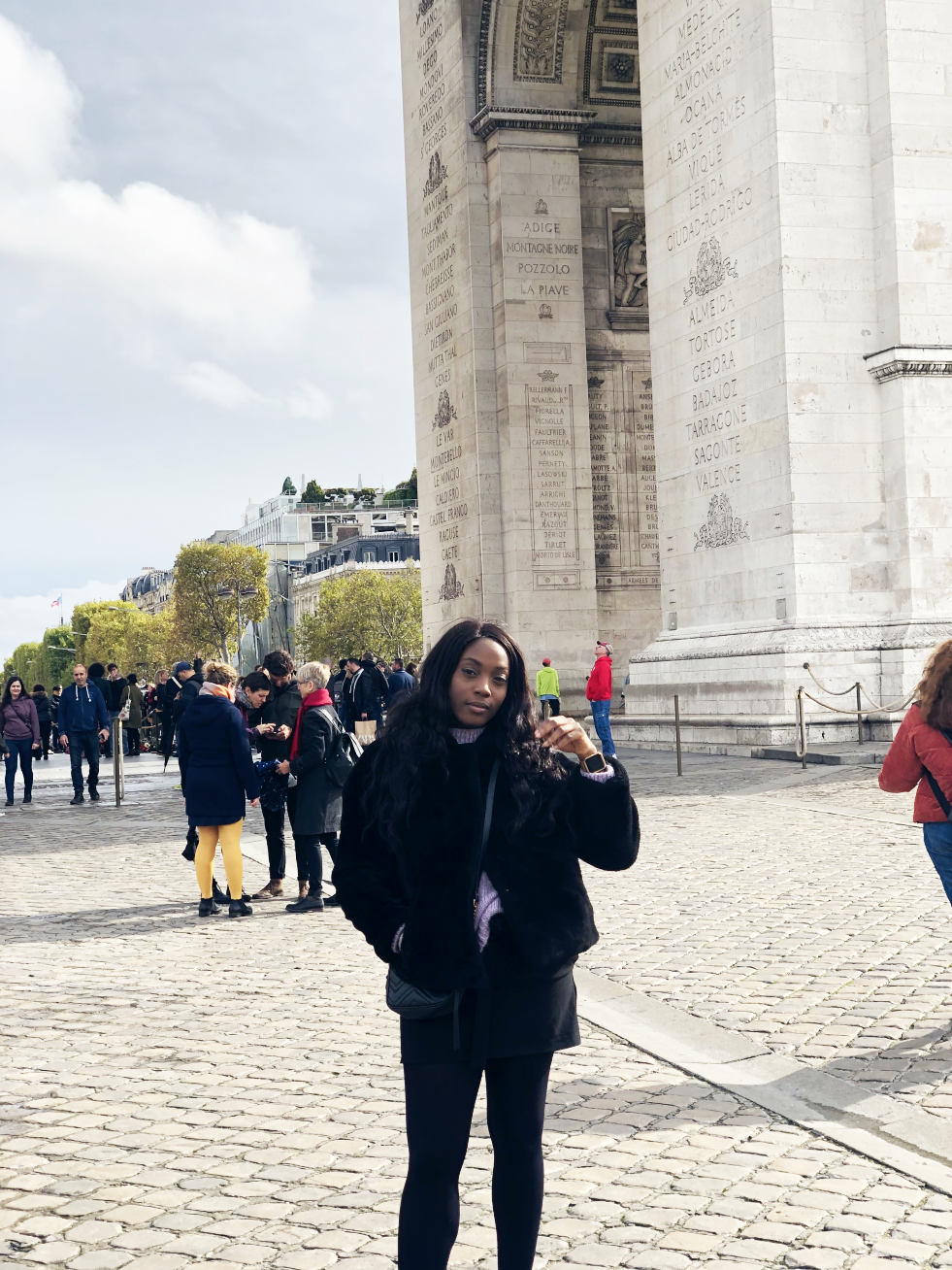