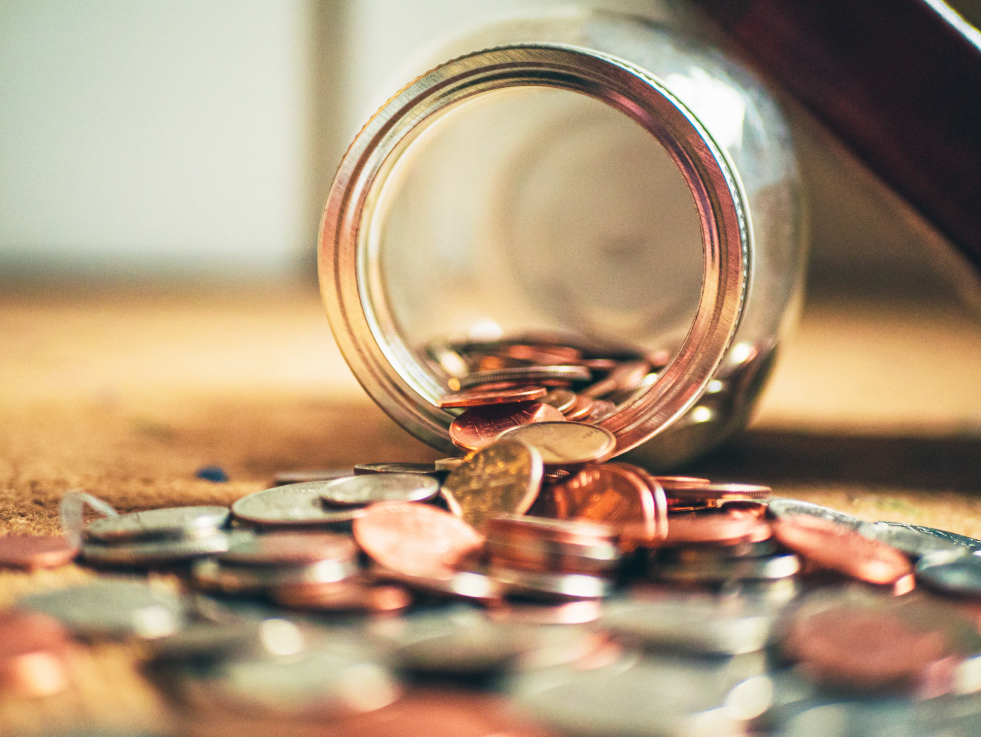 When I was a teenager, my parents would give me £20 of lunch money a week and I’d save £5 of this, stashing it away until I had accumulated enough to go on a fruitful Primark trip. Apart from picking 1p coins off of the floor when I was a child, this was my first experience of trying to be thoughtful around the topic of money.

When I was 15, I started earning money for myself for the first time as I started charging for blog designs. My prices were stone cold cheap – less than £10 for a fully coded blog layout. That said, I was making maybe 1-2 of these a week consistently which added nicely to my lunch money and Primark splurges. Plus, at some point, I started picking up a few coins from my website too. Companies would reach out to me and offer to pay me anywhere from £20-50+ to place links on my posts or to publish pre-written posts; I’d accept all of my payments through PayPal, send them through to my debit account which I opened up at 16, and use this money to do lots and lots of bargain shopping on eBay. By the time I hit 18, I was also using this extra cash to finance pre-uni nights out.

I wasn’t overthinking anything and I don’t think you really should at such a young age. Everything I received I spent, and that was down to the very last dime. I figured I’d worry about all the important stuff when I was older.

Then university came along. I took on all the student debt I possibly could in order to stay living out in London for the entire 3 years, enjoying the full university experience. I also applied for my interest-free student overdraft which I often found myself drowning in, especially after I had left subsidised university halls and started renting. I was able to make some of my own money here and there (i) through my blog; (ii) through internships and (iii) through random jobs (at one point, I worked at the Emirates stadium asking people if they wanted to make bets). With this extra cash, I lived it up in my 3rd and final year – got a flat up in Russell Square and I went on 3 summer holidays including a trip to Miami. By the time I was ready to start full-time work, I was back in my overdraft and had to crawl back to the Bank of Mum and Dad to borrow some money from to cover my deposit for my new flat, the flat that would officially house me as I became a working adult.

My first pay day of that new job was – thankfully – the last time I ever saw my overdraft. It was also when I finally decided to get serious about money; after all, I was a working adult now, I guess I’d have to start taking this money thing seriously one of these days. I put a high level savings plan together and well, started saving… and spending too, it was my fist time ever receiving a steady pay check.

Over the years, I’ve learned more about money than I knew when I first started my full time job. To be honest, it’s impossible to go online these days and not have something money related in your face (I guess this post is adding to that…) I’m not quite sure if it’s a new era that the internet itself has moved into, or an era that I’ve stepped into naturally as I’ve gotten older. It can really be very overwhelming – as everyone will have an opinion about what the smartest thing is to do. I’m no expert at all – but here are a few things I’ve learned about money in my adult life…

The value of money

The value of your money right now is going to be worth less in a number of years. Now this is not a mind blowing fact – it’s pretty basic and something we learn in school. But, I think I only really started to seriously take in what that meant a few years after I had graduated. Whilst I could see my savings picking up 0.00001% interest and that alone was enough to encourage me to start to consider different options, I also think working in a role linked to markets and seeing the magnitude of QE (i.e. printing money), and even just coming to better understand inflation, is a daily reminder that the value of our cash currently is reducing. £174.99 right now was the equivalent of £100 in 2000. £87,495 was the equivalent of £50,000 in 2000. You start to see how quickly it all adds up… Remembering these facts for me always makes a compelling case to think of putting at least some of my cash in other places. This isn’t to say you need to have 100% of your cash invested – this %age honestly depends on how comfortable you feel and your risk tolerance (personally, I’m naturally very low risk but I try to push myself to take more risks since I’m young), but it makes sense to put at least some of it somewhere where it could be potentially earn a return (whilst keeping a good cash buffer for a rainy day).

I wrote a post about putting money to work back in the summer, so whilst I won’t rehash that, I will speak about a few of my favourite options:

Finally, I’ve been buying some cryptocurrencies recently. I had some holdings from back in 2017 that I never sold and I’ve just been adding in 2021 purely because my boyfriend and brothers highly, highly recommend I do and I have FOMO! 🙂

Why I strongly believe you should invest in yourself

Sometimes I feel as though it’s easier for us to splash some cash on an expensive dinner at Hakkassan or the latest miniature sized Jacquemus bag than it is to invest in ourselves and our own ventures. This isn’t to say that the prior 2 are bad things to spend money on, and I definitely would (and have) spent on these things – because money should also be spent on just enjoying yourself, otherwise why do we work so hard (I say this with an eye to all the “why would I buy X when I can just invest?!” FIRE bros)? However, I also do think the question is something to consider. It’s all down to instant gratification – you buy the expensive item, it feels good, you see it, you hold it, it’s there. However, you could invest a few hundreds or a few thousands in a business idea and you get your investment back (and then some), or it becomes a sunk cost you that you never realise. The latter option is more risky, and that’s why it faces more resistance. It’s a factor I do truly relate to.

I’m a pretty risk averse person but I do see the value in investing in yourself and your own ideas. For example – I paid somebody to design this blog for me because I wanted it to look nicer and to a standard that I personally couldn’t take it myself. I’ve definitely realised that money back for example through a sponsored blog post link or even a free item. Right now, I’m investing into a new idea. However, I did also invest a bit of money into a smart fashion brand I was working on starting a few years ago and when I decided to drop the idea, that investment official became a sunk cost. I don’t feel bad though, because it was what I wanted to do at the time. Similarly, a YouTuber might invest thousands in camera equipment, but better quality brings in better viewership which brings in a return on their investment. It can be really scary to part with large sums of money for something that could fail, but if you don’t try, you’ll never know. Only part with what you are comfortable with losing.

Our unhealthy obsession with money

Does money bring happiness? I think definitely… to a certain extent. It’s probably a bit like a logarithmic graph whereby it eventually levels off, vs. something exponential where each marginal increase in money brings more and more gratification. Of course, if money was all that matters in the world then the super rich would be forever happy – but we all see that this isn’t the case.

For me personally, money has never been an obsession. Yes – I want to be “where the money resides”, and as you can see, I clearly put thought into how I can be “smart” with money. However, for me, money is more about freedom. It’s the freedom to be able to do the things I want, it’s the freedom to be able to give my family the best, including when I eventually have children one day. It’s the freedom to live a very comfortable life. It’s the freedom to more easily have the means to help others. Honestly, it’s a privilege, because hard work =/= more money in a lot of cases. On a separate note, the right pay is also about fairness… but I won’t delve too deeply into that point. This all said, I’ve never aspired to be for e.g. a billionaire; to me it seems the only added benefit of this is that feature in Forbes and that extra pump to the ego…

I hope that little overview of my journey with all things money was interesting and hopefully even helpful too. Have a good week!