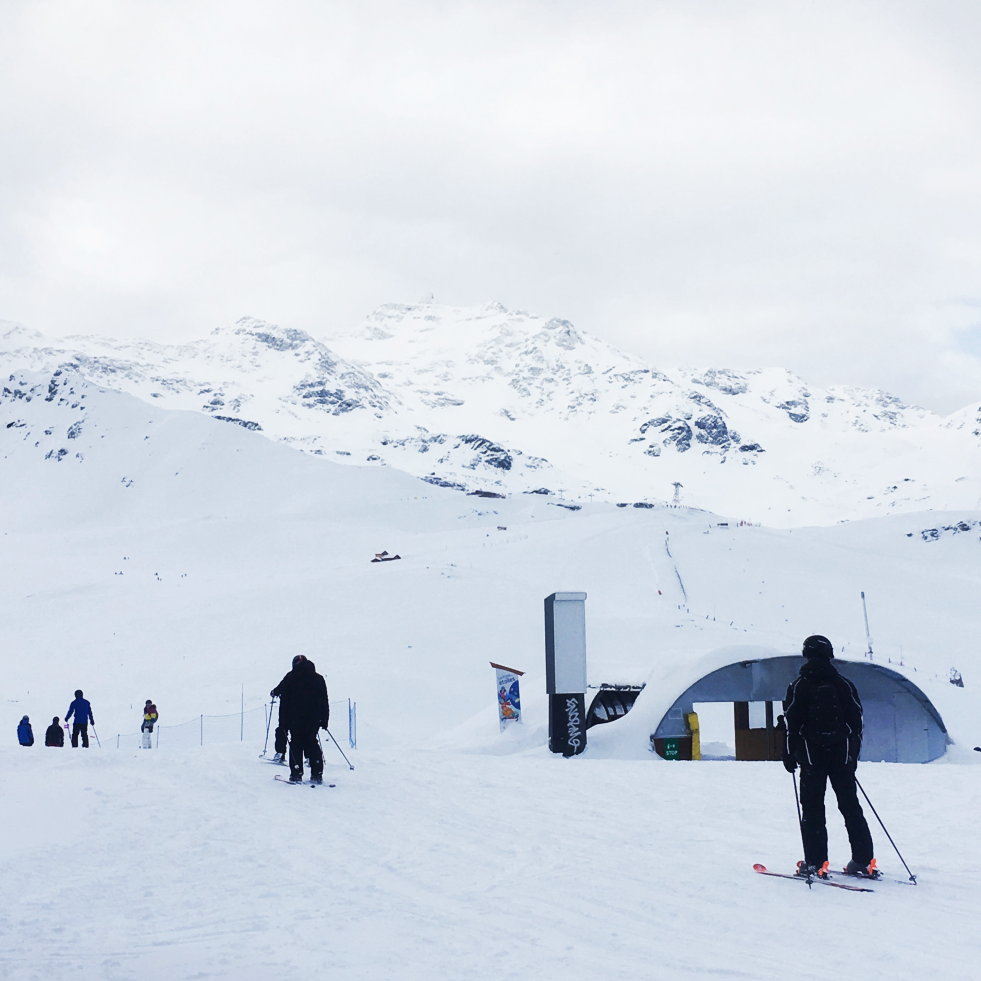 The first time I went skiing was around this time, one year ago. Turns out my wider team at work does a yearly ski trip, so I spent a few days in the Chamonix, Mont Blanc ski resort drinking, partying, and fearing for my life down the most basic of basic slopes. I had such a good experience last year that without a doubt I was going to return again for this year’s ski trip. This time we ventured away from Chamonix and took on Val Thorens – Val Thorens is the highest ski resort in Europe, and it definitely lived up to expectations…

*PSA: Early apologies for the not-so-great-quality photos, as you can probably guess, I didn’t bring my DSLR out on the slopes with me

In the lead up to the trip, we were told about the extremely heavy snowfall in Val Thorens and warned about the -20 degree weather, we were even double warned by a random dude at the airport. Let me tell you – I do not deal well with the cold – my blood is African through and through and I was definitely made for heat. As you can guess, your girl packed tons of thermals, jumpers and the biggest bomber from Zara to help me make it through the days. We (me and two friends) set off for Geneva relatively early on Thursday morning and met up with a few others once we got there for a 3 hour dirve up to the resort which I both slept through and also used the time to campaign to my friend that she will not get bulky from lifting heavy. We stayed at the Le Val Thorens Hotel (original name, right?) which is a 4 star hotel & spa in the heart of the resort and way better than what we had been privy to last year in Chamonix. Our first night was spent drinking and eating – we drank with the team that made it out at a bar called the Frog and also went ham on the meat fondue in (I think) a place called Chaumière – we were able to cook in front of ourselves! Overall I wanted to take to first night fairly easy because i) I was tired AF and ii) I knew I had a 9am ski lesson waiting for me the next morning. 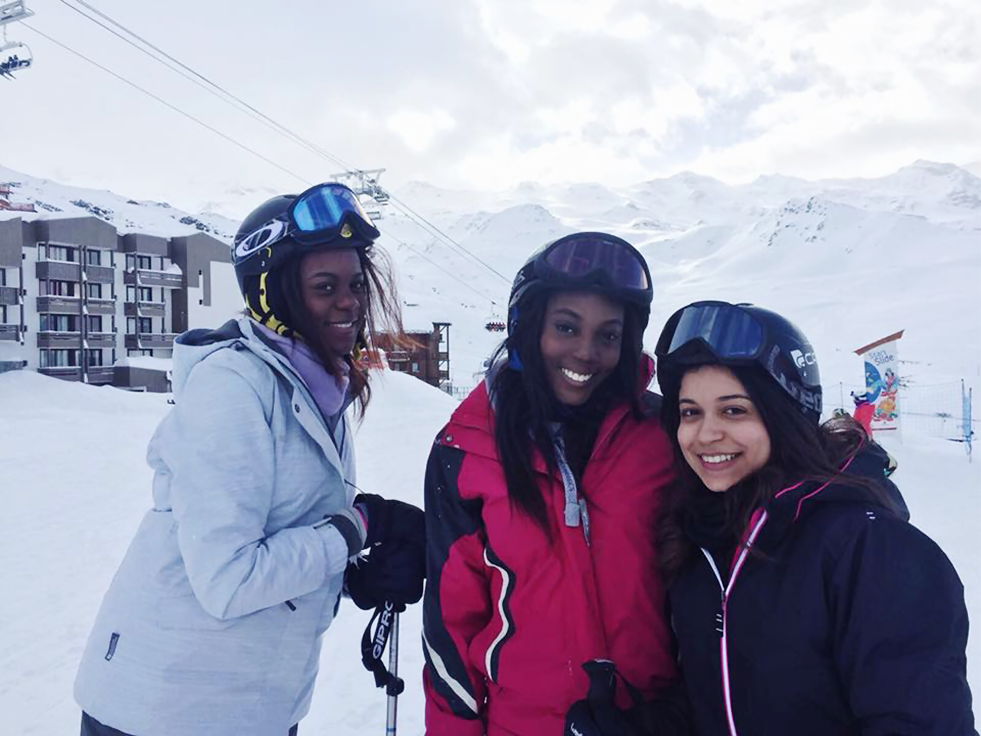 On Friday, myself and two friends had an early start to make it in time for our 9am lesson. Given that I’ve been skiing before – at first I thought I would just hit the slopes and go for it myself, but one weekend when I had way too much time to think to myself, the fear built up, and last minute I decided to piggy back onto their already-booked beginner lesson (the rest of the team were more pro-skiiers are were up in the mountains somewhere). If you think of the word “dare devil”, in a nutshell, this is what I am the opposite of. For e.g. jumping out of a plane or bungee jumping isn’t even necessarily a fear to face for myself – it’s just something I have absolutely no interest in ever doing. In my day I was a bit of a theme park junkie – but that’s just because I grew up with two brothers – I actually trained myself out of the fear of theme park rides (they’re actually not that bad once you stop overreacting). As it was a beginner lesson and I had done lessons before I found it hella easy and towards the end a little bit boring (I was finally ready to take on scarier slopes, who would have thought?!), but overall I really enjoyed it. Skiing to me is a little bit like lying on the beach – I really enjoy it, but after about 2 or so hours I’m pretty much done.

After skiing I grabbed a burger with my friends up in the resort (healthy eating is not a thing when I’m abroad, thank you), and then we hit the spa. A bunch of the group decided to take on La Folie Douche, which is essentially an outdoor, afternoon concert; but a hot pool and a sauna sounded like more fun to us than some rock music in the cold (remember what I said about my African blood above?). After a bit of chill time in the hotel, the group met up for drinks, dinner (John’s Scandinavian Restaurant), and of course the club (“Malaysia”). Skiing holidays are sort of 50% skiing and 50% drinking and partying (they call it “après-ski”), so the night was filled with shots, wine, prosseco, jaeger bombs and a complete crash into bed at night. 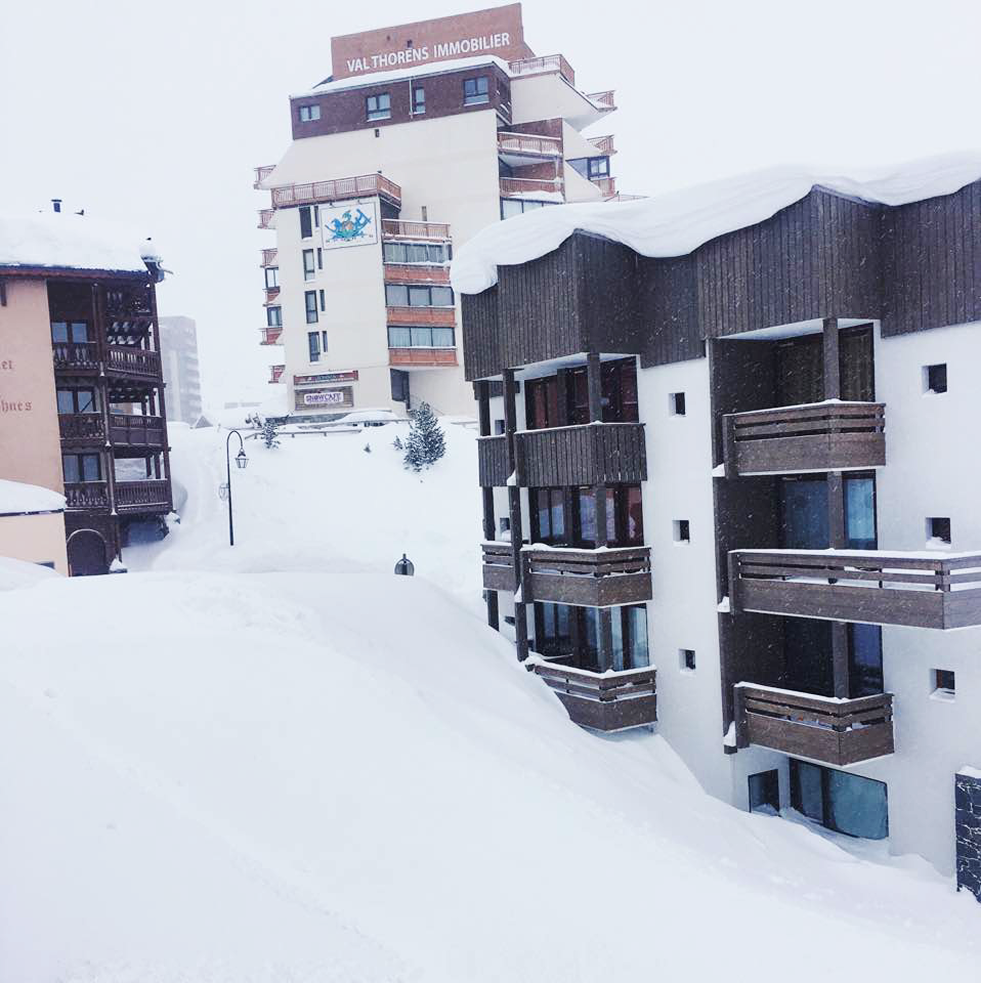 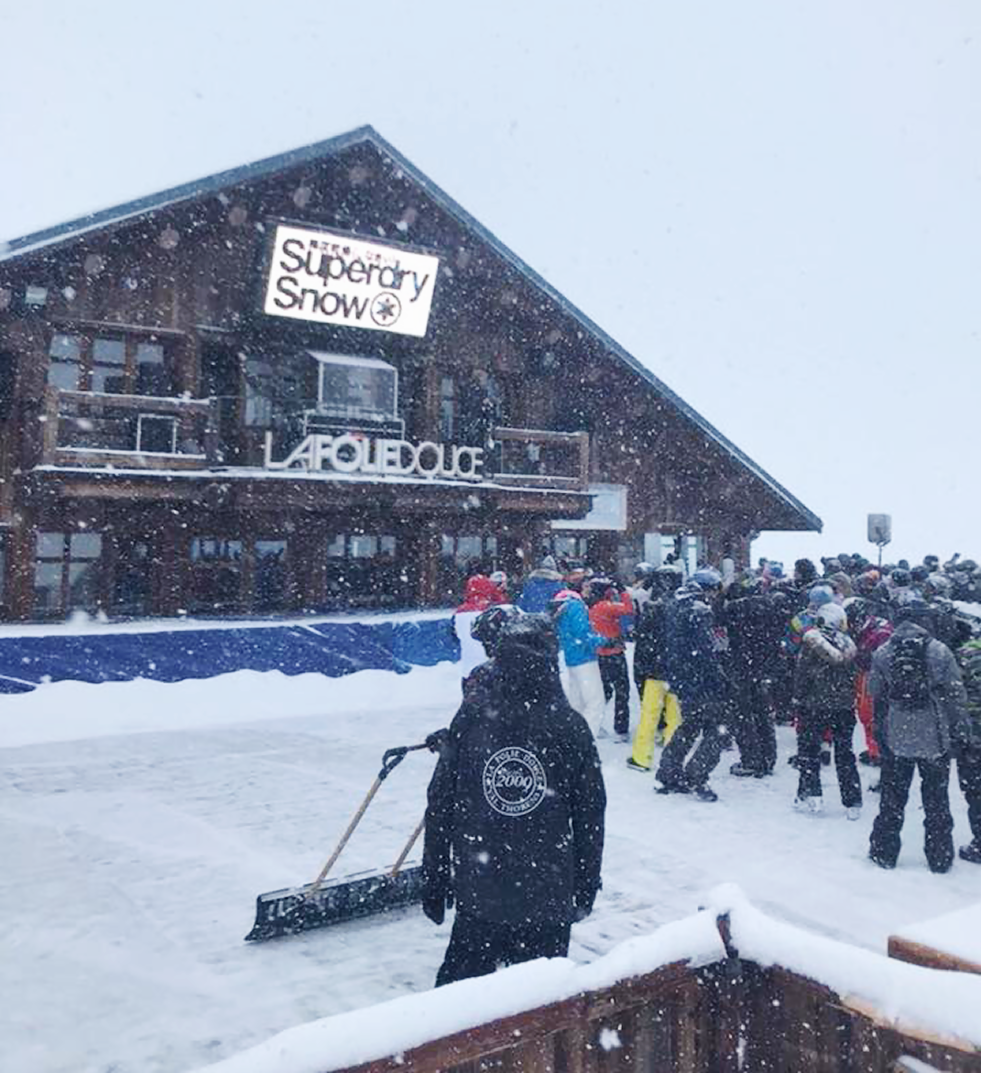 The next day it was snowing incredibly heavily to the point where the snow would actually be a bit painful on our faces when were were going down the slopes. We booked a lesson for the second time but took on a slightly harder/longer slope, and went ahead of the instructor at times if we felt we could hack it and get more out of the experience; plus we did a few more runs after our lesson by ourselves and overall it made for a much more fun morning. I realised after this that I was finally ready to get away from the junior slopes and try something a bit more thrilling; at the end of the day, the key with skiing is honestly confidence and although did take me 4 lessons, I finally started to honestly build that up (yay me). We had intended to head down to the Folie Douche afterwards but the weather was honestly so bad that they had ended up closing all the ski lifts. Instead we spent the afternoon doing what I do best: eating (which also led to an awkward encounter, you know, when the restaurant owner is rude in French but your friend turns out to be fluent in French? Yeah, that…)

This evening we ended up in some sort of cheese restaurant, where every meal was a cheese fondue or raclette (obviously, for someone like me who doesn’t even like cheese, this was akin to a living nightmare). I ended up snacking on salami and ham and of course, as per, the night was full of shots and multiple glasses of wine. After a few drinks back at the hotel a bunch of us headed out for a last night at club Malaysia. 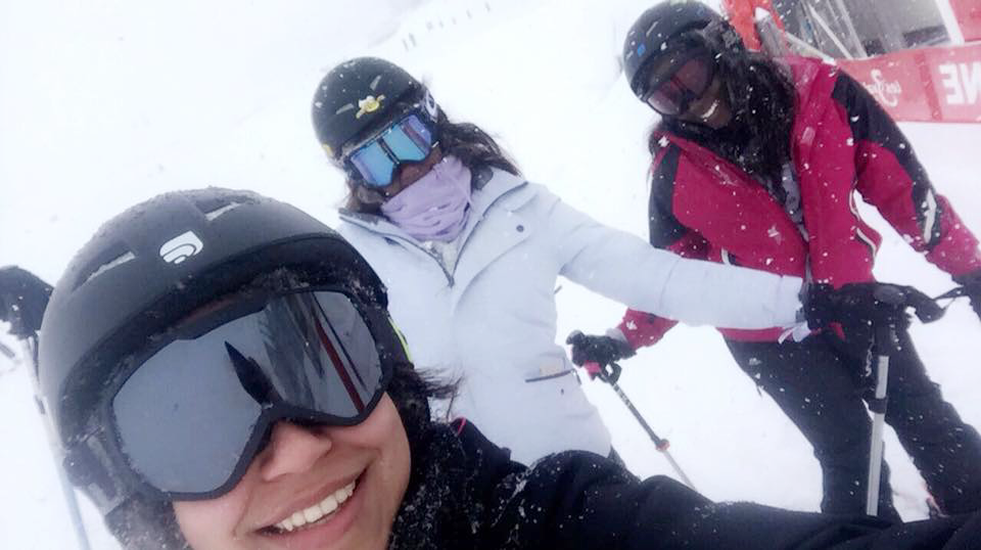 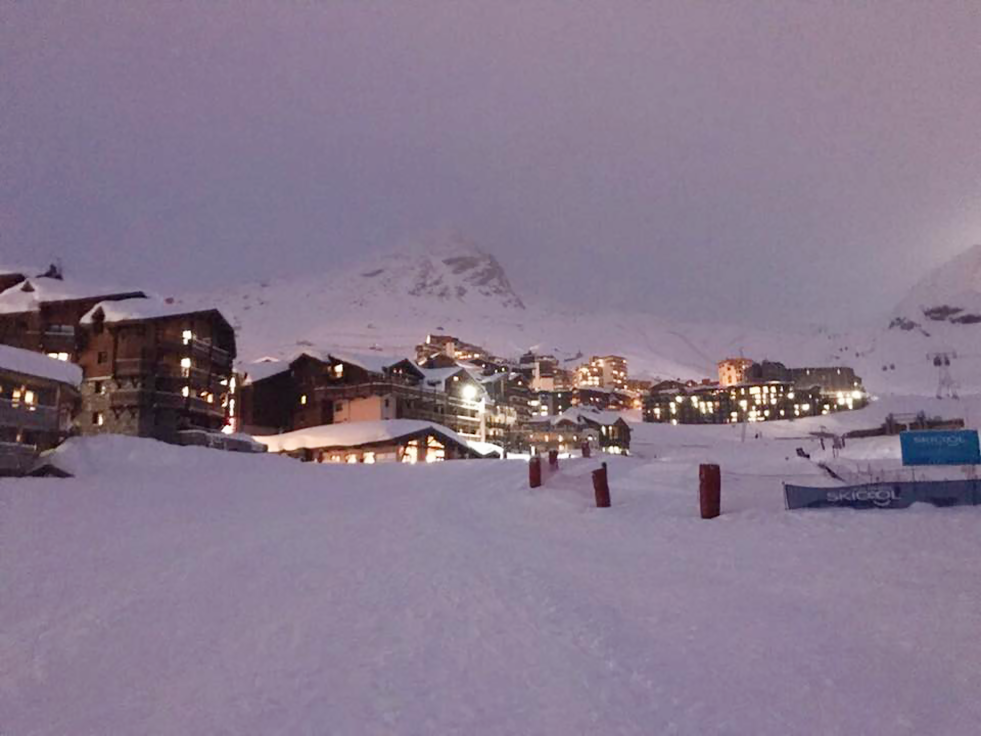 Two things I love the most are food and sleep, so I purposely booked a late-ish flight on the final day for no other reason than I knew I’d thank myself for the extra hours of sleep. Turns out the snow had continued bucketing down all night and the road out of the resort and back to Geneva airport had been closed off as a result due to the avalanche risk (one of the downsides of being so high up!) A couple of the team with earlier flights ended up missing these as a result and we essentially spent the entire morning in some sort of limbo, not knowing whether or not the road would open in time for us to catch our flight. I spent the morning in and out of sleep waiting on any updates for when we’d be able to leave the resort. After some time, we decided it’d be safer for us to shift our flight back a few hours, but just as we made this decision the road re-open and we were told we’d have coaches outside to pick us up within 15 minutes – my flatmate and I literally bolted out of bed, finished packing in 1 minute and ended up being the first two to step onto the first coach to arrive. We got back to Geneva with a good 2 hours to spare ahead of our flight.

Whilst I did come back home a bit ill (I guess that’s what happens when you’re living in -20 degrees), I definitely did enjoy my time up in the alps. I’m more of a hot-holiday kind of girl, but there’s something about the Val Thorens ski resort that really captured my heart. Without a doubt it was better than what we had experienced in Chamonix. I can definitely see myself keeping up with skiing atleast once a year – even if I am totally crap at it. Don’t worry, one day I’ll be on here telling you about how I’m now a cross country skiier, and laughing at my days on the green & baby slopes.

Have you been skiing before?
Previous Article